Jeff Bridges: The Starman within

When director John Carpenter saw the script of "Starman" for the first time, it looked to him like a special-effects movie, and he thought that was the wrong idea. He was more interested in remaking "It Happened One Night," with an extraterrestrial man in the Claudette Colbert role.

"The screenplay described the special effects in minute detail, but they seemed to be afraid of the story," Carpenter said. "I saw it as the story of two people on the road, learning to deal with each other. They had Starman flying around like Superman. And they were utterly obsessed with how he looked. There was all this emphasis on the big transformation scene, where he turns from an alien into the clone of a human being. But how he looks while he transforms is just hardware; it has nothing to do with the story."

By the time Carpenter came aboard about a year ago, "Starman" had been in various stages of production for four years. According to Hollywood folklore, this was the movie Columbia decided to make instead of "E. T.," which went to Universal instead: Some hapless executive had decided "E. T." was only a children's picture, while "Starman," which opened here Friday, was sort of the same story for adults.

The executive might have been right about the second part of that theory. "Starman" is one of those rare science-fiction movies with genuine emotional content. By the end of the film, when a woman from Earth and a creature from space look into each other's eyes and smile, there is something of the same warmth and heart that "E. T." projected.

There is, however, one very basic difference between the two movies. The challenge in "E. T." was to make an alien seem human. The challenge in "Starman" is to make a human seem alien. When we first see the alien, it is a glowing ball of pure energy, floating out of a wrecked spacecraft somewhere in Wisconsin, and drifting into the living room of a young widow's home. The creature sees a photograph of the widow's late husband, does a quick three-dimensional scan, analyzes a lock of hair for genetic information, and generates itself into a human clone - a dead-ringer for the dead man.

In this form, which it will retain for the rest of the movie, the starman reminds the woman so sharply of her husband that she is at first terrified, then hostile, and only gradually accepting. That process of emotional accommodation could easily have seemed ridiculous, but not in "Starman," where Karen Allen and Jeff Bridges manage to create one of the year's warmest love stories in the unlikely setting of an s-f movie. (That's especially ironic for Allen, whose previous movie, the dreary "Until September," was supposed to be a genuine human romance, and failed abysmally despite Paris as a backdrop.) 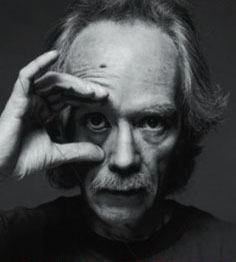 "Jeff Bridges and I did a lot of talking about how the starman should look and move and behave," Carpenter said. "He looks like a human but, intelligent as he is, he's had no experience in living inside this human life form. He walks and talks strangely. His head movements are birdlike. We never wanted him to become completely human - and even at the end of the film, after he's had some practice at being a human, there's still something a little strange about him. Jeff took some real chances in playing the role. There was always the question of whether he was going too far or not far enough. A lot of actors would have been afraid of looking ridiculous, but sometimes, after we'd shot a scene, Jeff would offer to do it again, just a little more strangely."

After the starman lands in Wisconsin (his craft was shot down by the Air Force), he enlists the widow to drive him to Arizona, where he has a rendezvous with his mother ship at the Great Meteor Crater. It's at this point that movie buffs will begin to recognize aspects not only of "It Happened One Night," but also of "They Live by Night," "Bonnie and Clyde," "Badlands" and the whole genre of road movies.

The formula remains pretty constant: Man and woman hit the road, pursued by authorities of an uncomprehending, hostile society. At first, they are suspicious of each other, but trust gradually builds into love. The moment of truth arrives in a final confrontation between the refugees and society. There are even some more-or-less obligatory scenes, including the stop at a roadside diner. (Bridges, ordering alien food in a strange land, turns this scene into a quiet extraterrestrial homage to Jack Nicholson's classic chicken-salad scene in "Five Easy Pieces.")

"The story here is a whole lot more important than the science fiction," Carpenter said. "We reduced the s-f down to almost a magical fairy tale." That would continue a tendency in his work that you could see last Christmas in "Christine," the whimsical, terrifying movie about a used car with a mind of its own.

Carpenter has worked within the thriller and supernatural genres for most of his career, but he often seems to be testing their boundaries. After his early "Assault on Precinct 13," a superior police movie shot on a midget budget, his first big hit was the classic thriller "Halloween" (1978), in which an escaped killer turned into an indestructible engine of violence. Then he made such slick thrillers as "The Fog," "Escape from New York," "The Thing" and "Christine." In all of those films, special effects had at least equal importance with character; "Starman" clearly contains Carpenter's most three-dimensional people, even if one of them is from another world. Although there's a tendency to think of the movie as a fairly small one by Carpenter's standards - after all, it's basically about two people in a car, and this is the man who used special effects to make Manhattan into a prison city of the future - Carpenter told me it was a giant logistical job.

"We had 150 people moving across the country in trucks and vans," he said. "The low point was shooting only at night for six weeks. We used 16 helicopters for the scene at the Great Meteor Crater. We used nine simultaneous camera setups for some of the explosions. We had 70 or 80 extras in some of the scenes. This picture probably could have been done on a low budget, shooting around L.A., but the story is about how Starman falls in love as much with Earth as he does with her. We wanted to show the whole sweep of the countryside. Towns, fields, rain, sunrises - a planet seen by eyes that have never seen it before."

If that was the case, then the character played by Karen Allen is a woman seen by eyes that had never seen one before. Carpenter said he saw Allen through fresh eyes himself: "From 'Raiders of the Lost Ark.' I got a very definite impression that she was strong, self-willed, with a sort of cute sexuality, I was unprepared for the effect she had when I saw her in person. She is beautiful. I softened her hair from the way she looked in 'Raiders.' I gave her a curl, a permanent, to frame those beautiful eyes, and she's gorgeous in this movie."

That left the tricky problem of casting the starman. "If you used a Hollywood star, a Stallone or a Richard Gere, the audience would have hooted," Carpenter said. "Jeff Bridges is able to disappear into his roles. He's elusive. He looks like he could be a house painter from Wisconsin. And he's not afraid to make a complete fool of himself, which is a special kind of courage for an actor."

Carpenter himself, for that matter, looks like he could be a house painter from Wisconsin. He was wearing a VistaVision sweatshirt, slacks and a pair of sneakers, and he looked more like a scruffy film student than a Hollywood director. He recently became a father for the first time; he and his wife, actress Adrienne Barbeau, have a 7-month-old son named John Cody, who was born in the middle of a tornado in Tennessee during the filming of "Starman."

"When I was going to film school," he said, "what I wanted to be was a commercial filmmaker in Hollywood - that's where I feel I can tell stories. I knew in my heart I could do anything. Musicals, gangster movies, Westerns, love stories. Having grown up on the movies, the only question was: Would they offer me those kinds of projects?"

"Starman" is Carpenter's first love story, of sorts, unless you include the rosy early days of the love affair with Christine the car. Now he's working on a project named "Chickenhawk," about helicopter pilots in Vietnam, drawing from his own experience as a licensed helicopter pilot.

That led inevitably to my next question, about the charges facing director John Landis in connection with the helicopter crash that killed three people during the shooting of "Twilight Zone." Carpenter said he didn't want to comment, apart from observing that a pilot is the unquestioned captain of his ship, with the absolute right to refuse orders he believes are unsafe. "A lot of laymen think it's safe for a helicopter to hover at low altitudes," he said. "It isn't."