Is Blue a Straight Color?: On "Blue is the Warmest Color" and Representing Lesbians

Cinema is epistemology, and when one film commands attention perhaps unequal to its merit, it is often because of the worldview it espouses. Based partially on a graphic novel by Julie Maroh (called "Le Bleu est une couleur chaude" and slated for US release later this year), "Blue Is the Warmest Color" has galvanized critical conversation around the right of a straight man, director Abdellatif Kechiche, to portray feminine sexuality.

It's an extension of concerns plaguing all media at the moment, wherein the gender and sexual identities of real living people are vocabularized, dramatized, and imagined. It is a particularly poignant criticism in cinema, however, where according to the Center for the Study of Women in Television and Film, women made up only 9 percent of the directors of the top 250 highest-grossing movies in 2012—just as they did in 1998. In a slight nod to the film's complicated gender politics, the Palm D'Or "Blue Is the Warmest Color" received at Cannes was given the director as well as his two stars, Léa Seydoux and Adèle Exarchopoulos.

Whether the unprecedented move was intended to acknowledge their agency or undercut his, we may never know. What is clear is that the critically lauded "lesbian" film has no out lesbians involved in its creation.

Maroh, whose comics offered some major plot elements, even wrote on her blog, "As a lesbian… It appears to me this was what was missing on the set: lesbians." Poet Eileen Myles went further, calling the film "a hate crime" on Twitter and suggesting that referring to it as "a lesbian film is like calling herpes a tattoo." 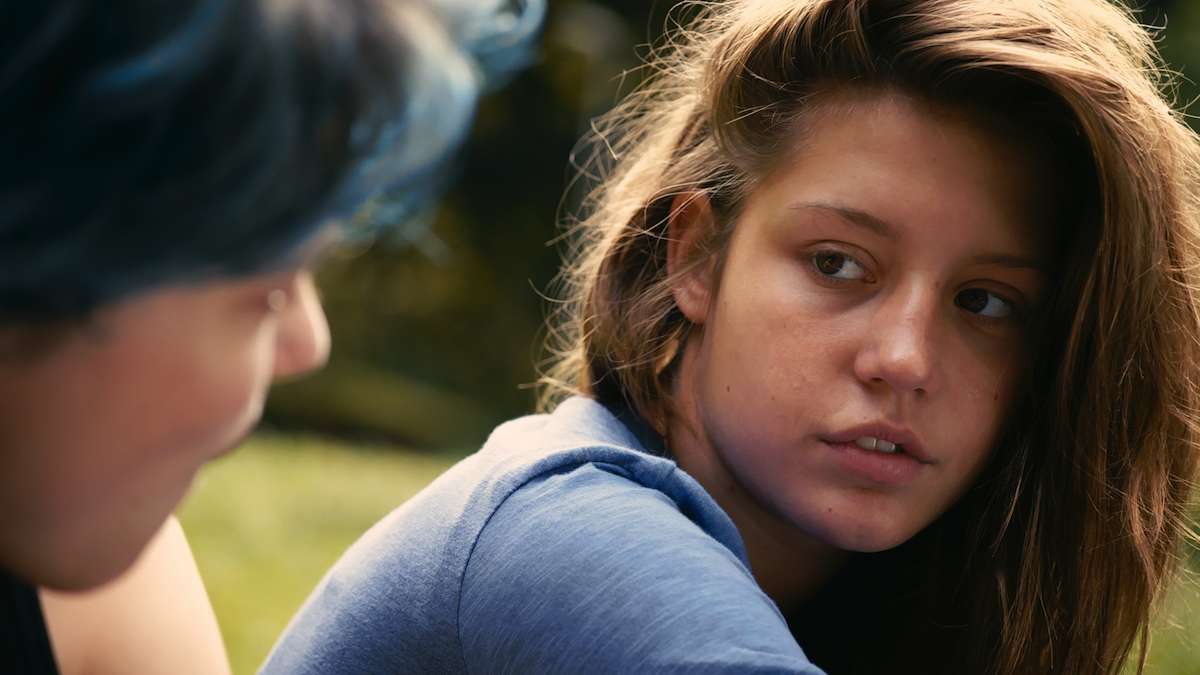 The two women don't so much develop a relationship as Emma wifes Adéle, presumptuously delegating her with all tasks domestic while assuming the masculinized role of artist. On one hand, Adéle tires of it, but on the other, she pursues the feminized profession of early childhood education. The girl—for Adéle is infantilized throughout, even complaining of her incessant youthfulness in one scene—never comes into her own, and our engagement as viewers rests heavily on an incestual paternalism.

It's nearly a three-hour tour, no more realistic than the insight "Gilligan's Island" gave into life on an uncharted isle in the Pacific. This hasn't stopped reviewers—a profession itself plagued by an overabundance of masculine worldviews—from praising the film's authenticity, truth, and realism.

More honestly, however, this is a film about heterosexuality. Adéle is reading Marivaux's "La Vie de Marianne," another masculine take on femininity prized for its authenticity by largely male reviewers. Her character is constantly hinting toward her predilections, not for ladies, but for the penis; she licks a knife in one scene and slurps spaghetti in several others. (Should you doubt the symbolism of the food, allow me to note that Emma's favorite food is clams.)

Epistemology becomes text. A long soliloquy on women's pleasure is delivered by one of the only dudes at a mostly female gathering; still, dykes and queers listen attentively while he waxes poetic about women's pleasure, how it exceeds men's, and by how much. Earlier the film presages same; the art the couple views on a date in a museum is all old masters.

But the problem with most men's view of lesbianism is that they seem to feel left out of it. Most of Adéle's transgressions from heteronormativity are symbolically corrected by film's end, and the character of Emma is an equally unconvincing woman-identified woman. She quotes Sartre but not De Beauvoir; one wonders if Kechiche is even aware of the queer woman existentialist philosopher, and if he would include her if he were. 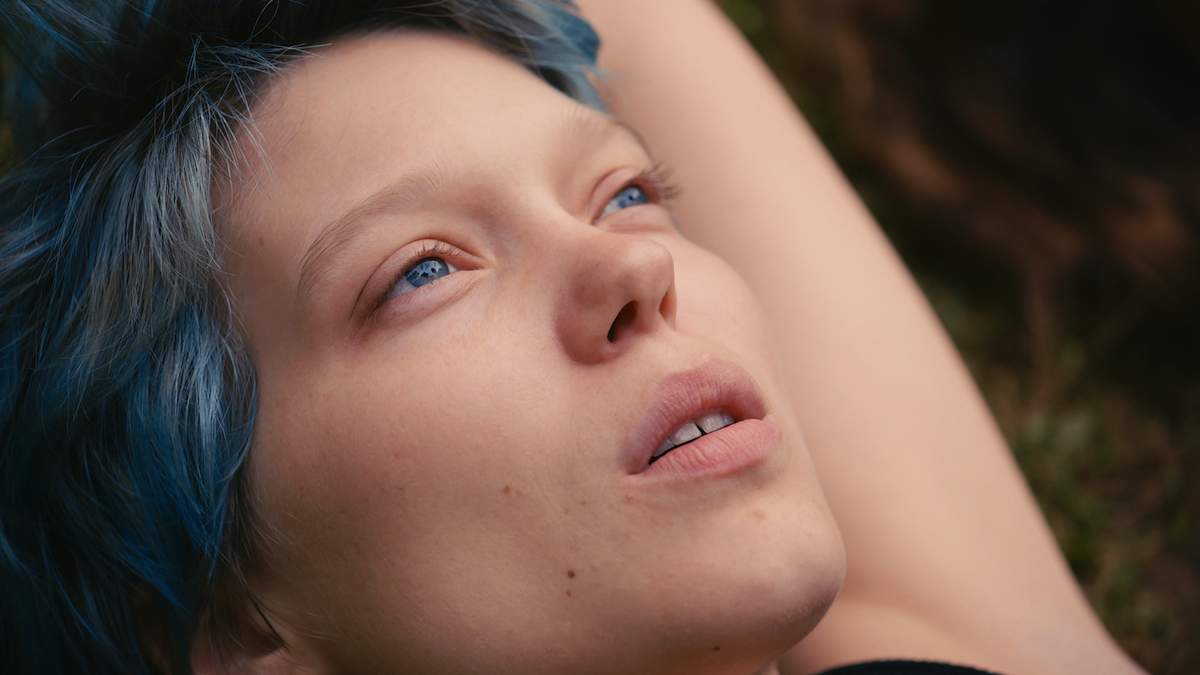 The dirty uncle framing constantly reminds viewers of youth and pliability, sexual and otherwise: not of young women's control over their own bodies and minds. We are given to comprehend that Adéle is an object: Emma's, her students', ours. Too, Emma's paintings are slightly spruced-up life drawings, many of Adéle. When our young object is invited to a gallery opening, in which her own body is on display for all comers, despite that her intimate relationship with the artist has ended, perhaps against her will, she merely seems uncomfortable. She does not rage.

It will not strike many audiences as relevant, but let's mark the absence as an absence: even Adele doesn't realize she could assert her rights to herself, her body, and her emotional autonomy. That she doesn't is Kechiche's doing, and that we do not notice should give us a sense of how thoroughly our eye has been trained to ignore it. Because what is chillingly true about "Blue Is the Warmest Color" is that men telling stories about women through the bodies of women, willing or not, just isn't that rare.

The heavy-handed use of monochromacy as theme may well lend "Blue Is the Warmest Color" the arty viability it needs for an Oscar win. But blue is here the warmest color only due to the omission of all the others. One would not, Kechiche indicates, "choose" blue—or women. He has found a way to make it pleasurable when it happens, although mostly for himself.