The current state of TV feels like it's moments from breaking under the weight of mystery fatigue. Whether it's the missing girls on AMC's "The Killing," the serial killer turned political on FX's "The Bridge," or any number of procedural shows that pull from the "Law & Order" and "CSI" formulas, TV viewers are surrounded by death. Most of these programs, especially the network ones, provide comfort in increasingly difficult times—the killers are almost always brought to justice by the final scene and the shows seemingly ask their viewers, "Wouldn't it be great if the real world worked like this more often?" Even the more complex ones routinely portray death in the context of a mystery to solve and a bad guy to put away. Death is purely a plot device.

However, in the massive and deserving British hit "Broadchurch," finally arriving stateside starting on August 7, 2013 for an 8-week run, death is far more than just a plot device. It is an event that shatters history. Life can be marked by the time before and after it. Rarely has the history-dividing ripple effect of an unspeakable murder been more deftly and brilliantly captured than it is in this television event, one that justifies the attention it received in the U.K. and should make waves stateside as well.

Danny Latimer is dead. The only son of Beth (Jodie Whittaker) and Mark Latimer (Andrew Buchan) has been found on a beautiful beach at the base of a cliff and it is quickly determined that the young child couldn't have jumped. The angle isn't right. He was killed and placed there to make it look like a suicide. This is not the kind of thing that happens in a small town like Broadchurch. Such a violation of the natural order of things will forever alter numerous lives in this close-knit community. 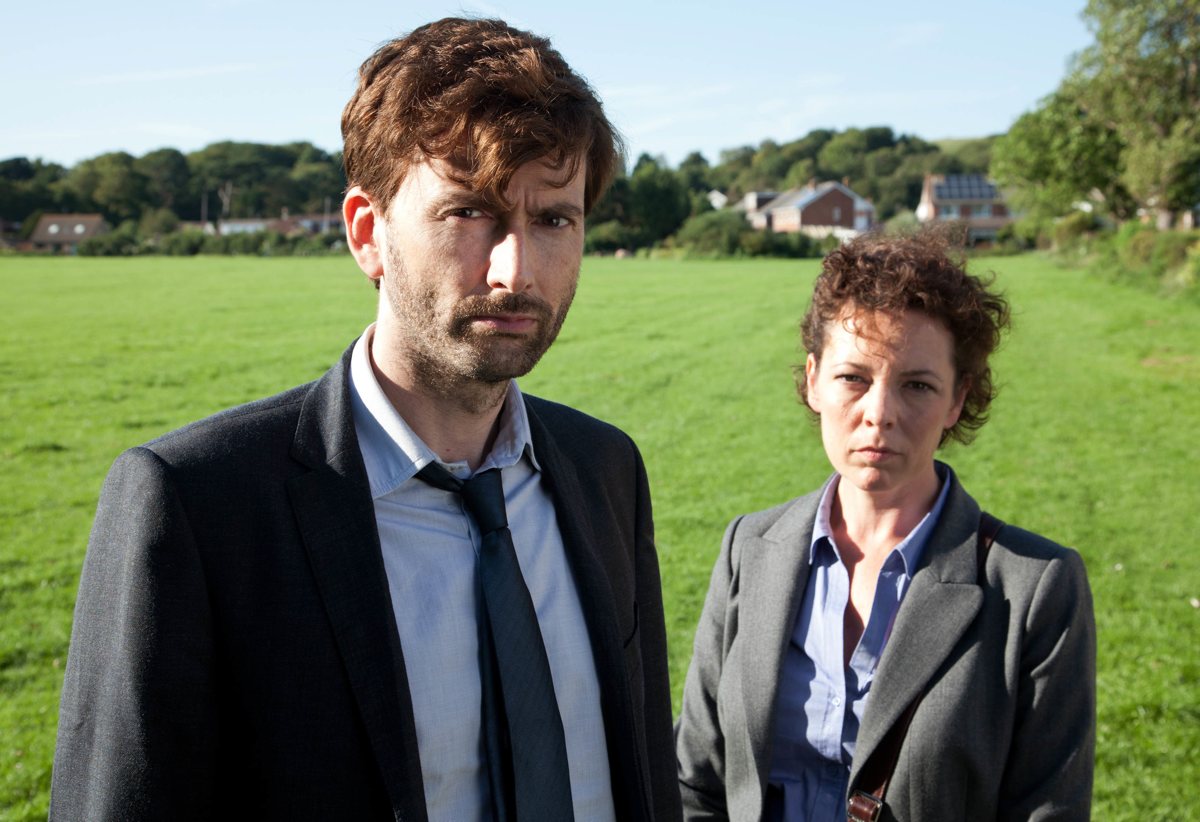 On the day that Danny's body is found, Detective Sergeant Ellie Miller (Olivia Colman) thinks she's about to be promoted to Detective Inspector, but instead is passed over due to the arrival of an outsider, Alec Hardy (David Tennant), who comes to Broadchurch with a lot of his own baggage. Hardy has essentially been demoted to a small-town beat after messing up a major case involving another dead child. Miller and Hardy, the insider and the outsider, are thrown into the case of their careers when Danny's body is found. Hardy nearly works himself to death as atonement for his past professional sins, and Miller is forced to investigate her own friends and neighbors. 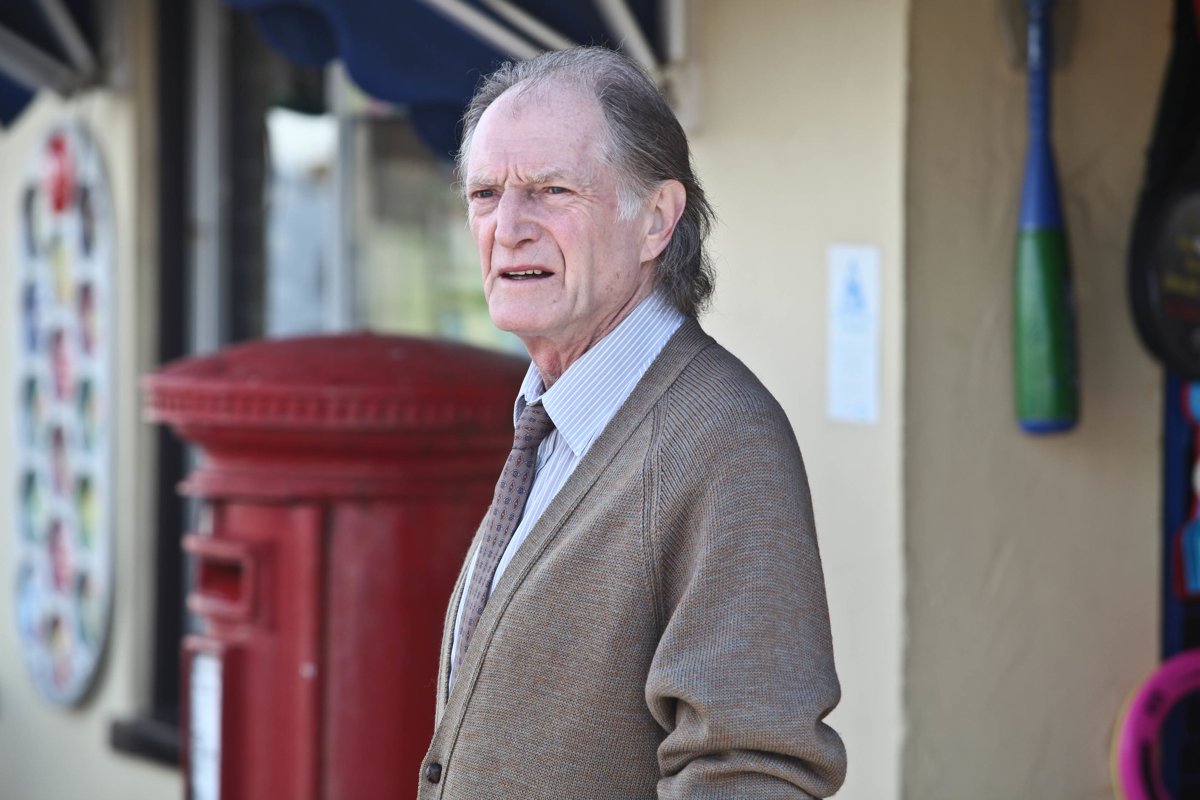 As in any good mystery, a roster of suspects is formed in the premiere. Danny's father is acting shady about his whereabouts on the night of the murder. His business partner Nige seems to know something he's not revealing. The Reverend (Arthur Darvill) keeps odd hours. A town outsider (Pauline Quirke) seems to be lurking around the crime scene in suspicious ways. Danny's boss at the local shop, Jack (David Bradley, pictured), has some skeletons in his closet. And what about the money found under Danny's bed? Or the odd behavior of Danny's friend and Ellie's son, Tom (Adam Wilson)? There's no dearth of suspects to keep viewers engaged through the run. In fact, the program boasts that it was the most Tweeted-about in U.K. history; bookmakers even took bets on who killed poor Danny Latimer. It's that engaging in terms of mystery.

"Broadchurch" uses undeniably familiar elements: The quirky small town has the feel of "Twin Peaks"; the crime-solving duo is reminiscent of "The Killing"; the brilliant use of setting echoes great fiction writers who have emphasized setting in their small-town mysteries like Dennis Lehane and Tana French; and the crashing waves and steep cliffs will take some viewers back even further to the work of Thomas Hardy (the surname of the show's lead detective seems not to be coincidental). It is how lead writer Chris Chibnall ("Torchwood") builds on the familiar that distinguishes the program from so many of its peers in the morbid subgenre of the day.

A murder investigation, especially one in a small town and one with the emotional current of the death of a child, brings secrets to the surface. As the search for Danny's killer drags on, more and more people in Broadchurch find their lives up-ended by it. Infidelity, past crimes, current betrayals—few programs in recent years have more deftly presented the dramatic concept that when rocks are overturned in the search for a murderer, more than one sin can be revealed. Chibnall approaches "Broadchurch" as not just the story of a murdered child, but also how a town responds to it. He even brings social media and modern journalism into the picture as local and national reporters end up playing a role in how this mystery unfolds. 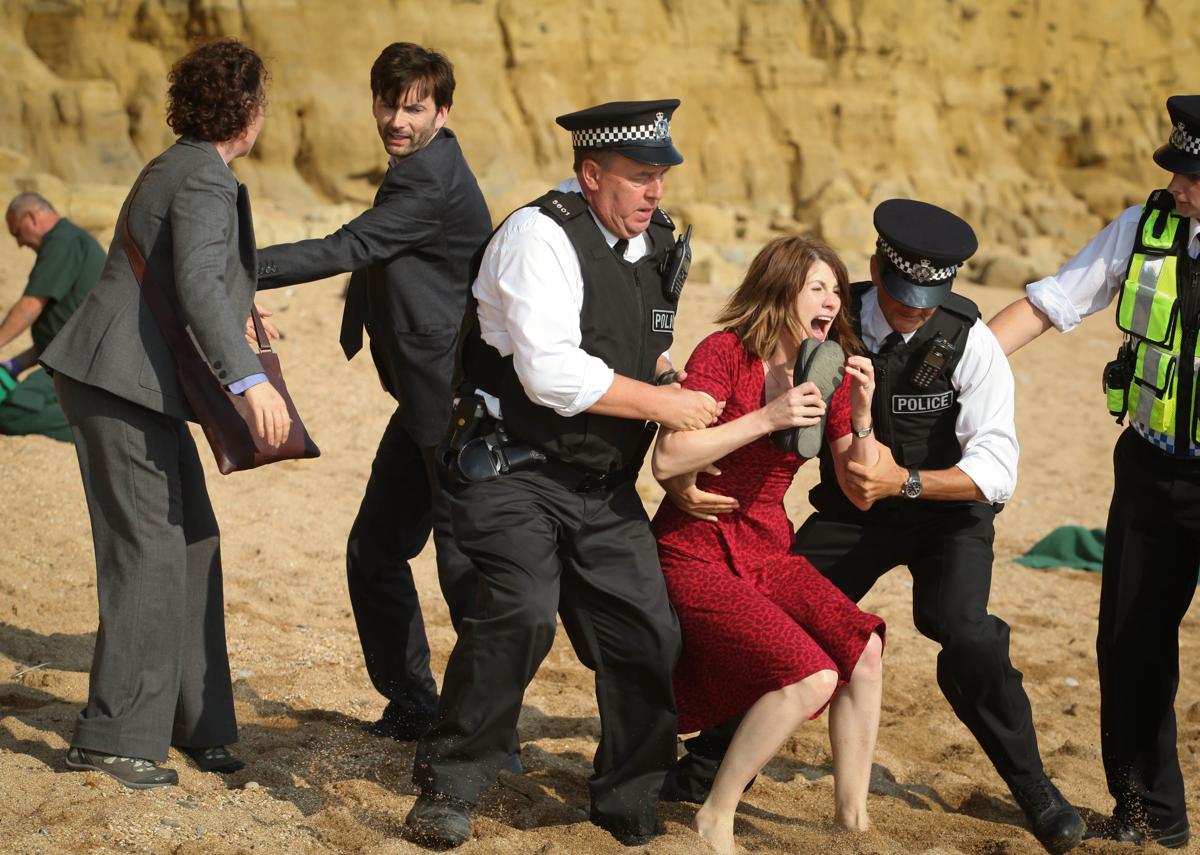 While the mystery is engrossing and the procedural elements effective, the word that I keep coming back to in my response to "Broadchurch" is something that these programs often miss—grief. A mother putting away her dead son's clothes for the last time. A father who knows that his life will never be the same. A sister told "You have to be older than you are because I don't know where this ends." And a conclusion that devastates nearly as much as Danny's death, not just because of what it reveals, but because Chibnall and his team have made viewers feel like a member of this community over the previous seven episodes.

By the end of "Broadchurch," it's not only clear how people are related and what secrets they hold. The very geography of the town feels familiar, like we are walking the streets with Miller and Hardy, looking for a killer. And we become more and more aware that this story will come to an end with not just a tidy roll of the credits but significantly more pain than we started with. The resolution reminds me of David Fincher's "Seven" in that, while we know that we shouldn't open that box, we have to, if only to finally discover the truth. 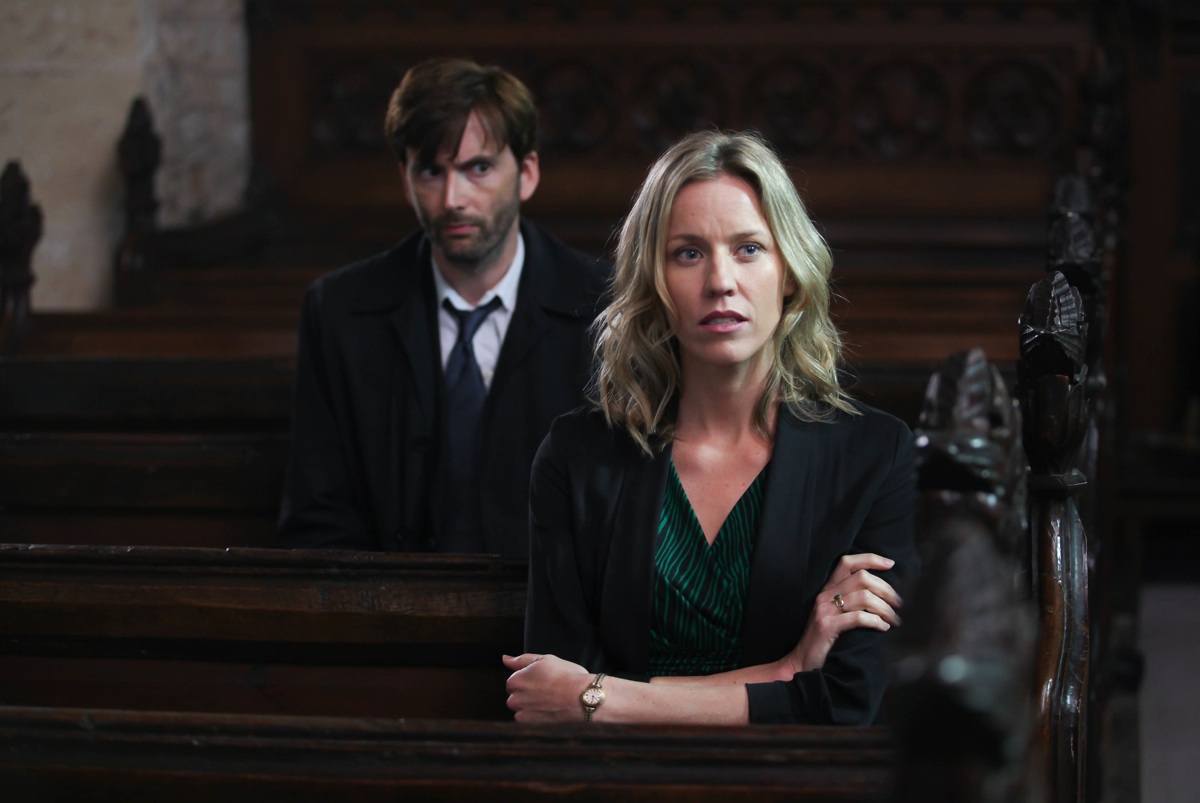 With a narrative as dense as "Broadchurch," it helps greatly to have performers as talented as David Tennant and Olivia Colman in the lead roles. Supporting performances by Whittaker and Bradley deserve praise, but the show belongs to its central pair, two people distinct in their approaches to life and work who form a fascinating oil-and-water team. Tennant plays Hardy as a man on his own cliff edge, doing penance for failing a family before and unwilling to accept the possibility that he may fail another. Colman not only has a personal connection to the Latimers, but also knows every potential suspect that comes across her desk. She captures the reality of a person grieving a death in a small town who realizes that, in all likelihood, she knows the person responsible. It's an award-worthy performance.
Advertisement

The overall narrative of "Broadchurch" does sag a bit in the middle and the piece suffers from the natural awareness that early suspects are likely going to be cleared because, well, there are seven episodes to go. However, these are minor complaints for such a major accomplishment, a program that wholly justifies the current obsession with death in the TV landscape by standing so far above its peers. I'll take all the "CSI" wannabes if it means I get a "Broadchurch" every now and then as well.