Good-bye to All That

He came garbed In a vast old vicuña coat, eaten by moths and mended by nuns, he explained, and a black Spanish hat with a flat top and round brim. He had been turned away from the English Room of the Hotel Pearson for lack of coat and tie, but here, on a rainy Sunday morning in Old Town, Robert Graves passed unnoticed.

"I'll wager you haven't had a vicuña here before, he told the hat check girl. It's an antique, 30 years old. Mind someone doesn't pinch It."

The lion of British letters Is 72 now, his face folded Into a map of craggy wisdom, like the face of his friend Frost. Hardly more than a month ago he was released from a London hospital after a serious operation. It Is necessary to be reminded of these things because the Graves who visited Chicago last weekend was still young and open to the possibilities of life. Perhaps It Is significant that his next book, on a shelf of some 130, will be his collected love poems.

"I'm just about the last one left who's still writing love poems," Graves observed. "Cummings and Frost were love poets, although in Frost you couldn't always see It. They were two of my dearest friends. I met Frost In England In 1914, and got Cummings' first book published over there.

"But they're both gone, and nobody writes love poems anymore. I suppose a love poet has to be in love all of the time with someone or something. That's why there aren't any left. People don't love anymore. Perhaps It's because sex has become too easy. It Is such a distraction, you know."

He produced an old Army tobacco box and rolled a cigarette with meticulous care. "Love was the chief interest In Elizabethan times, and during the early 19th Century," he said. "There have been very few love poets since Keats. I suppose Poe was a love poet In his own mixed-up way."

How does one go about being a love poet?

"Well, you've got to start early. There's got to be some sort of illumination In childhood, before puberty. A mystic experience, which you forget all about until you fall In love quite young. It's at that point that you discover love Is taken usuriously by most people, and so you conform, and that's an end to It. The important thing is to carry on, despite everybody else's attitude. You must obstinately keep your spiritual virginity." He smiled. "Whatever that Is." 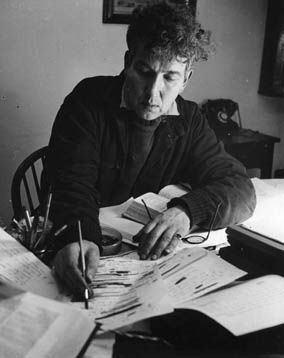 Graves recalled that he started out on the right note for a future poet. While being taken for walks In the park by his nurse, the young Graves was often patted on the head by the aging Algernon Charles Swinburne, who passed through the park In route to his daily pint.

"Now when Swinburne was a young man, he asked for the Poet's Blessing from old Landor," Graves said, "and Landor, when very young, had been blessed by Johnson, and Johnson, in his turn, had been taken to Queen Anne as a child to receive the monarch's blessing against scrofula. Anne was the last monarch to bless against scrofula, you know. The Georges didn't believe in all that. The British monarchs still have the power today, but they don't want to use It." His mouth drew down disapprovingly.

But the England of Swinburne's blessing was an earlier world, one ended by World War I. Two of the most touching elements of the paperback edition of Graves' famous autobiography, Good-bye to All That, are the photographs on the covers. On the front is Graves at 33: young, serious, a thick fall of hair over the forehead, the face handsome and yet somehow still unformed. On the back cover Is the Graves of 40 years later. The face Is unmistakably the same, hardly changed except by age, and yet In the eyes there is no missing the weight of experience.

"Good-bye to all that," Graves notes In his Introduction, Is his sole contribution to Bartlett's Quotations. The phrase was a farewell to pre-1914 England, when wars were fought by heroes, soldiers were led by gentlemen, and the terrible winters of the fighting In France were still unused. The war took away the Innocence of a generation, as Graves implies in his title, but It Inspired a generation of poets.

"In the first part of the century," Graves said, "the English poetic tradition was in decline. When I started writing poetry, In 1908 or 1909, there was nobody about except old Hardy, and nobody paid any attention to him. Literature was Ignored In the schools. There was a beautiful free field for new poets. The World War I poets had nobody to look up to, and the war provided them with Incredibly strong emotions." 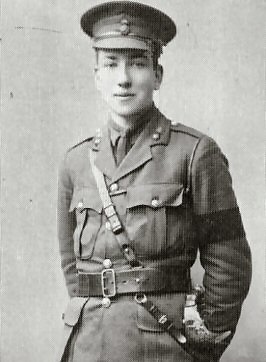 Of the poets produced by that explosion, Graves is one of the few survivors. He spoke briefly of some of the others who began writing at about the same time. "Cummings, of course, always one of my favorites. And Frost. Eliot was a great poet, but he suffered some sort of spiritual injury very early. He was finished as a poet by 1926. All the rest, that musical stuff, the Four Quartets, wasn't poetry. It was good technical work, but It wasn't up to The Waste Land.

"I saw Pound's work from the very first. My father was a charter subscriber to Harriet Monroe's Poetry magazine, and I started reading Pound there in 1911. I tried to persuade myself he was good, but I wasn't able to. Then, a few years ago, when he was let out of the hospital, Pound himself said he wasn't any good, hadn't accomplished anything. I was relieved that he'd taken me off the hook."

Of the younger poets, Graves mentioned only Yevgeni Yevtushenko, the Russian who will read his work Tuesday at the University of Chicago. "He has a marvelous inside right at soccer," Graves said, "but the trouble is, he carries that team spirit business over to his poetry. A lot of his stuff boils down to Nightingales of the world, unite! I'm a great football fan, but in poetry I'm all for the personal and unique."

Because he has stubbornly gone on writing about love, mythology, and purely personal concerns, Graves has never been identified as the leader of a school or the spokesman for a generation. His most characteristic act, in May of 1929, was to say good-by to the England of his youth and move to Majorca, where he still lives In the house he built for himself. As readers have noticed, often with surprise, his rhyme and his lines scan, and in an age of experimentation in poetry Graves works the traditional lyric lode almost alone. It Is perhaps his way of refuting the nightmare of the trench warfare In France.

Graves made only one reference, obliquely, to his experience in the war, where he served as a captain In the Royal Welch Fusiliers. On July 20, 1916, during a heavy German barrage, he was hit in the thigh, hand and head by fragments and nearly killed by a piece of shell which passed through his chest. Taken to a dressing station, he was classified as mortally wounded. Indeed, the next day, as an ambulance was painfully jolting him away from the front, his superior mailed a letter of condolence to his parents.

"I read my own obituary In the Times," Graves said. "What was worse, the bank closed off my account and drew a red line at the bottom. It was 10 years later when I wrote up the experience In Good-Bye to All That. I was unconscious most of the time after I was hit, and what with one thing and another, I'd forgotten a lot.

"Well, last month, while I was In the hospital to be cut open, in came a bloke to visit by the name of Owen Roberts." Graves leaned forward to be sure the name was recorded properly.

"Now here's the interesting thing: Roberts was the man who saved my life. He pulled me back after I was hit, so I was told later. But by the time I got around to writing the book, I had forgotten It.

"So here he came Into the hospital ward, 50 years later, a chipper old bloke, 74 years old, retired as a civil servant. Roberts was banged up pretty bad in the war, too, but he'd nevertheless managed to father two children and I've a pretty satisfactory life. It all adds up to something, I suppose. I was glad to set the record straight. I signed his copy of Good-bye to All That, I giving him full credit for saving my life." Graves smiled. "It was the least I could do, you know." 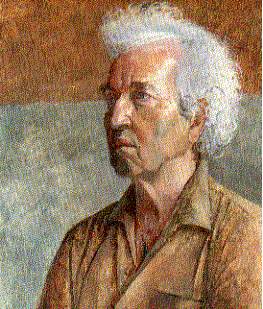 Graves continues to write. He spoke with enthusiasm of his new translation of the Rubiyat, which Is based on an original 12th Century manuscript. "I got the original from my friend Omar Ail Shah, who comes from the part of Afghanistan where the classical language Is still spoken. I was astonished to see how badly old Fitzgerald had mucked up his translation. Take Fitzgerald's lines about a loaf of bread, a jug of wine, and thou. In the original version, before Fitzgerald got to it, they also had a leg of mutton and a cheese -- so you see It was a pretty substantial meal." Graves grinned. "What's more, old Khayyam was under that tree with another chap, not a girl."

In his public role as a great man of letters, Graves continues to make ceremonial appearances such as, In recent weeks, before the Arts Club of Chicago, at Kansas State University, and before some 6,000 English teachers In Houston.

He has the knack of looking and acting like a poet, as well as being one. He willingly puts up with his public role and, like Frost, has become something of an ambassador from the world of poetry to the rest of the world. As such, he does not mind being occasionally excluded from dining rooms for lack of a tie.

But aren't poets supposed to be exempted from conventions like wearing ties In dining rooms?

"Not exempted," he said, "but protected sometimes."

He collected his coat and flat-brimmed hat, and we went out into the Old Town afternoon. On Wells Street, we shook hands. "Now you'll never have scrofula," he said. 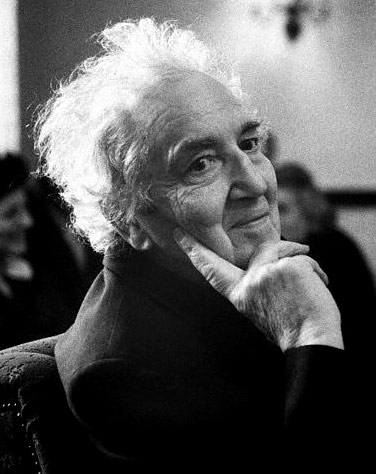 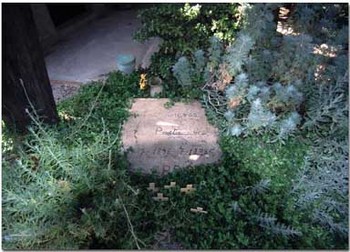