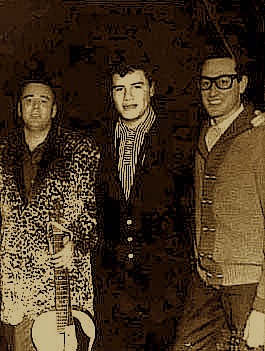 • • "American Pie" is a folk rock song by singer-songwriter Don McLean.Recorded and released on the American Pie album in 1971, the single was a number-one U.S. hit for four weeks in 1972. A re-release in 1991 did not chart in the U.S., but reached number 12 in the UK. The song is an abstract story surrounding "The Day the Music Died" -- the 1959 plane crash that killed Buddy Holly, Ritchie Valens, The Big Bopper (Jiles Perry Richardson, Jr.), as well as the pilot, Roger Peterson.

The importance of "American Pie" to America's musical and cultural heritage was recognized by the Songs of the Century education project which listed the song as the number five song of the twentieth century. Some Top 40 stations initially played only side two of the single, but the song's popularity eventually forced stations to play the entire piece. "American Pie" is Don McLean's signature song. • • The song is well known for its cryptic lyrics that have long been the subject of curiosity and speculation. Although McLean dedicated the American Pie album to Buddy Holly, none of the musicians in the plane crash are identified by name in the song itself. When asked what "American Pie" meant, McLean replied, "It means I never have to work again." Later, he more seriously stated,

"You will find many interpretations of my lyrics but none of them by me... sorry to leave you all on your own like this but long ago I realized that songwriters should make their statements and move on, maintaining a dignified silence."

McLean has generally avoided responding to direct questions about the song lyrics ("They're beyond analysis. They're poetry.")[3] except to acknowledge that he did first learn about Buddy Holly's death while folding newspapers for his paper route on the morning of February 3, 1959 (the line "February made me shiver/with every paper I'd deliver"). He also stated in an editorial published on the 50th anniversary of the crash in 2009 that writing the first verse of the song exorcised his long-running grief over Holly's death.

Despite this, many fans of McLean, amongst others, have attempted an interpretation (see Interpretation Links); at the time of the song's original release in late 1971, many American AM and FM rock radio stations released printed interpretations and some devoted entire shows discussing and debating the song's lyrics, resulting in both controversy and intense listener interest in the song. Some examples are the real-world identities of the "Jester", "King and Queen", "Satan", "Girl Who Sang the Blues" and other characters referenced in the verses. • From Wikipedia. The full entry is here. • • • • • • • • • • • • • • • • • • • • • • • • •Garrison Keillor's thoughts on the radio program Writer's Almanac on the birthday of Buddy Holly. • • •