If one had placed money on Elaine Stritch performing, as Eubie Blake had done, well into her 90s, it wouldn’t have been considered a sucker bet. At 87, Stritch performed a one-woman show and, despite complications due to diabetes, she looked and sounded as strong as ever. Preparations for the show, "At Home at the Carlyle: Elaine Stritch Singin’ Sondheim…One Song at a Time," were documented in 2014’s excellent film "Elaine Stritch: Shoot Me." True to the character of its subject, this documentary presented a warts-and-all portrayal of a woman celebrating her 70th year in show business.

Watching her in powerful action at the Carlyle Hotel, where she once famously resided, one couldn’t be faulted for thinking the Michigan native might defy the odds and live forever. Alas, as any Broadway baby knows, every show, no matter how great, eventually closes. On life’s grand stage, Elaine Stritch took her final bow today. She was 89. 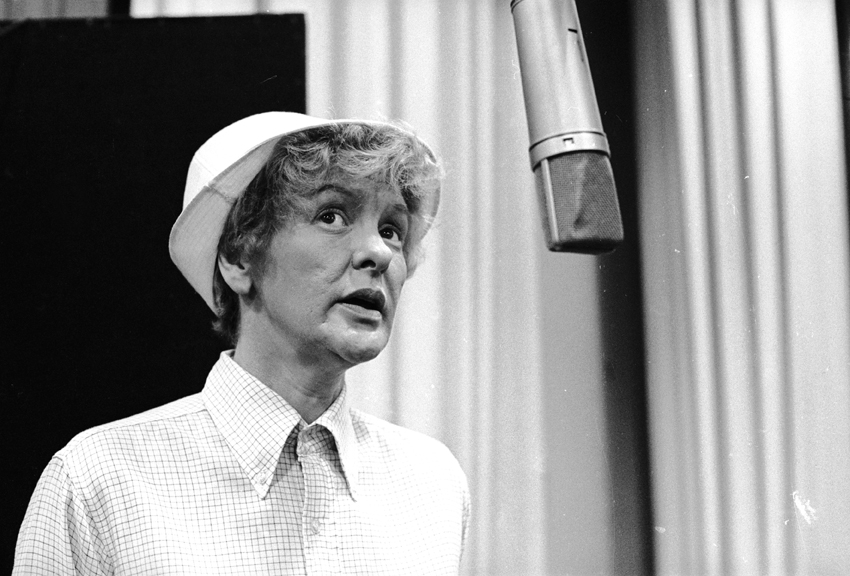 Stritch was considered the premiere interpreter of Stephen Sondheim, who in 1970 wrote her signature song, "The Ladies Who Lunch" for the show "Company." The song was a cynical yet triumphant bit of truth-telling, a perfect fit for Stritch’s acerbic, tough yet vulnerable storytelling persona. As she would do so many times in her long career, Stritch spun the song’s candid observations into brutally honest self-commentary. "I drink and I love to drink, and it’s part of my life," she once told a reporter for The New York Times, and "The Ladies Who Lunch" is written and performed as one big toast. "I’ll drink to that," Stritch famously sings, "And one for Mahler."

Decades later, Stritch would become forever associated with another Sondheim ditty, "I’m Still Here." She adopted it and made it her own, amusingly complaining about attempts by far younger women to interpret it. "They’re saying I’m Still Here," she told audiences, "and I’m asking where have they been?"

By the time she commandeered that classic ode to longevity from Sondheim’s "Follies" Stritch had been numerous places. Beginning in 1944, she had an illustrious career on the stage in musicals and drama. She played Martha in "Who’s Afraid of Virginia Woolf," took over "Call Me Madam" from Ethel Merman, and was nominated for a Tony for William Inge’s "Bus Stop." Noel Coward wrote a musical for her that, while not successful, still resulted in another Tony nomination. She also performed in musicals written by Rodgers and Hart and Jerry Herman. 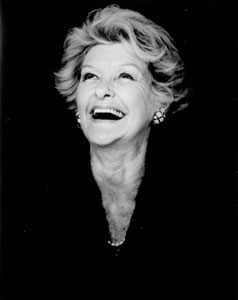 But Sondheim remained her perfect fit. His songs were all beautifully obtuse angles upon which he hung the startling truths of the weary, the cynical and the wise. His characters offered up information they obtained after being in hit-and-run accidents with life. Stritch’s whiskey voice was full of this hard-earned knowledge. In "Elaine Stritch: At Liberty," her Tony-winning show, these songs were usually preceded by stories that complemented them even more than her singing did. She stood in her trademark silk dress shirt and tights, cussing with impunity and playing the audience like a piano.

Besides the theater, which served as her second home, Stritch also did decades of TV and film work. On the big screen, she appeared in Woody Allen’s "September" and "Small Town Crooks," with the former yielding the stereotypically domineering  mother character she’d return to decades later in more comedic fashion. Stritch also appeared in the sequel to "Cocoon" and the delightfully weird Alan Resnais movie, "Providence" with John Gielgud and Dirk Bogarde.

On TV, Stritch was cast as Trixie Norton in the pilot for "The Honeymooners" (though she’d have made a better Alice Kramden). She also appeared as a teacher in several episodes of "The Cosby Show" before settling into her most famous television character, Alec Baldwin’s mean old Ma on "30 Rock." In that hilarious role, Stritch became known to an entirely new generation of viewers, winning an Emmy in the process. Her profane Emmy speech nearly broke the censors’ fingers and gave the FCC a heart attack. 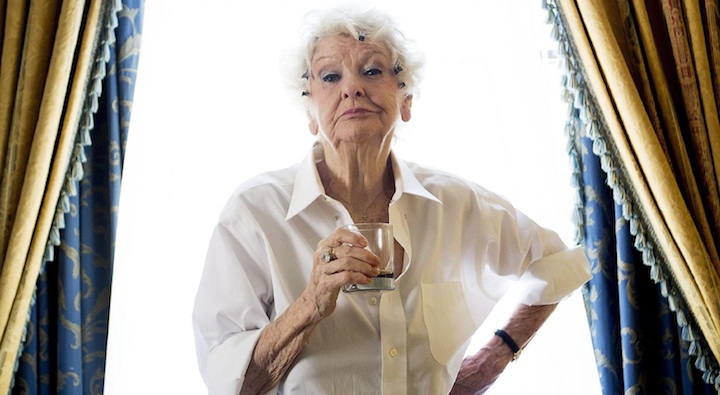 In "Shoot Me," Stritch is extremely candid about her bouts with alcoholism, stage fright and depression after the loss of her husband, John Bay. She also shows an enormous amount of humility. In one scene, she demands that the performance room that bears her name be smaller than the one originally chosen to honor her. In another, a harrowing scene of a diabetes-related health crisis serves as an ominous portent of things to come.

I always got the sense that Stritch’s age had to catch up to her persona. Despite some stunningly beautiful pictures from her early days, she always seemed an old soul, wise beyond her years as if she had been here before. This isn’t to say Stritch didn’t have a vulnerable side, one that believably co-existed with that wise exterior. Her toughness was never an act, but it was occasionally tempered with mercy and understanding.

I would hesitate to call any woman a "tough broad," but Stritch referred to herself as exactly that on more than one occasion. The description I’d feel more comfortable with is one that seemed coined specifically for her: Elaine Stritch was a "trooper" in every sense of the word. While she may have owned "The Ladies Who Lunch" and adopted "I’m Still Here," the Sondheim song I thought of today was "Broadway Baby," which I heard her sing live back in 2002.

"Oh...Gee.
I'd like to be
On some marquee,
All twinkling lights,
A spark
To pierce the dark
From Battery Park
To Washington Heights."

No matter where you were, it was impossible to miss Elaine Stritch’s spark. Rest in peace.