There’s no other way to put it. I can’t think of anyone more responsible for the way I turned out other than David Letterman (except my parents, of course—but that’s for another piece). My knack for innate sarcasm, my tendency to recoil at the first instance of sentimentality, my immediate sense to lash out at someone who’s bugging/boring the hell out of me, my general lack of taking anything completely seriously—all of that can be traced back to him.

As Letterman retires from late night this week, let me take you back to when it all went so horribly wrong for me. It was a Monday (repeat night!), a month after my 10th birthday. For some reason, I tuned over to "Late Night with David Letterman" and watched him take part in some stunt where he randomly looked through a phone book and picked a number to call and tell the person at the other end that they won something or whatever. When Dave made the call, the guy on the receiving end wasn’t pleased, or at least I assumed he wasn’t pleased, since everything he said was censored out of the broadcast. (I’m also gonna assume NBC censors did that to avoid a potential lawsuit.) Judging from Letterman’s red-faced reactions, I’m gonna say a lot of what the guy said merited censoring.

From then on, I was hooked.

For others like me, "Late Night" became an addictive, increasingly unpredictable TV staple, a nightly chat show that did everything it possibly could to piss on chat-show conventions. Put a camera on a monkey? Sure. Do a segment showing things getting crushed by an hydraulic press? Why not? Have the host wear a suit of Velcro and get him to jump on a sticky wall? We’ll do that just as soon as he puts on that suit of magnets. Every weeknight, "Late Night" followed "The Tonight Show Starring Johnny Carson" (and, for a year, "The Tonight Show with Jay Leno"), literally doing a 180 on everything that came before it. The old-school, Hollywood glitz and glamour "Tonight" trafficked in was nowhere to be found on "Late Night," a New York-based bullpen that was a funky, anarchic magnet for oddballs and eccentrics. If "Tonight" was a swanky, adult-filled dinner party, "Late Night" was the snarky, hangout session the adults’ children were having in the basement. 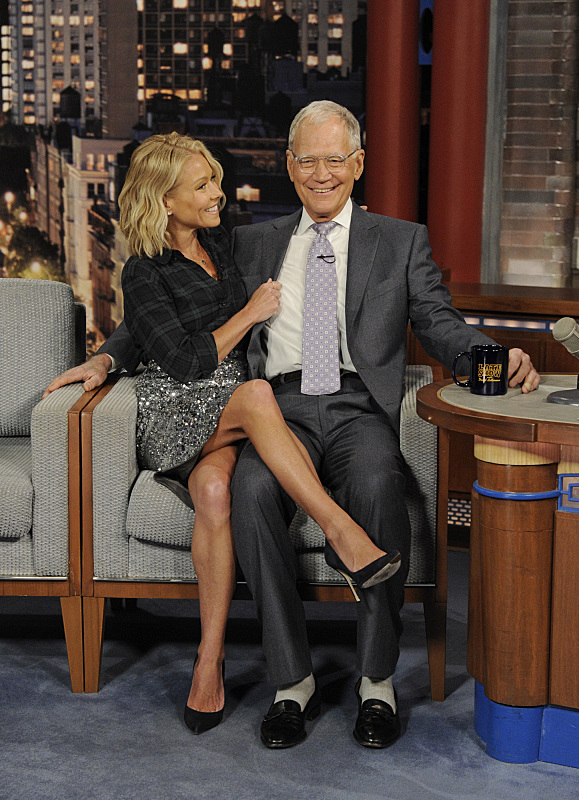 At the center of it all was Dave, a gap-toothed, auburn-haired, Indiana-bred smart-ass. Usually rocking a blue blazer, khakis and Adidas wrestling shoes, Letterman looked more like a substitute teacher than the man who has to serve up an hour of televised entertainment every night. On many an occasion, he seemed like someone who didn’t want to do it. Letterman was a virtuoso when it came to exuding crankiness. Anything could send the ol’ dude on a curmudgeonly rampage. He had no qualms calling his bosses at NBC (and parent company General Electric) “pinheads.” And, on any given night, it seemed like the thought of talking to celebrities made him visibly disgusted.

People did notice. “… Letterman has made it apparent that he’s far happier with toys and stunts than with the cut and thrust of grown-up talk,” James Wolcott wrote in a memorably scathing New York Magazine review (aka the review Dave won’t forget). But I never thought Letterman was turned off by talking to all adults. He looked generally fascinated when he chopped it with the weirdos, the fellow freaks and geeks who, just like him, somehow burrowed their way into the entertainment industry, continually making a big stink. Unfiltered, embittered loudmouths like Howard Stern, Sandra Bernhard and the late writer Harvey Pekar were always on stand-by, ready to go back-and-forth with a game Letterman, whenever the talent bookers couldn’t get a good guest.

It was usually the bonafide stars that Letterman regularly felt uncomfortable rapping with. Recently, a colleague of mine wrote a piece where she said she’s both attracted and repelled by successful people. (Same here.) Part of the fun of watching Letterman during the "Late Night" years was how it appeared he was grappling with those feelings on a nightly basis. As much as he didn’t mind interviewing famous people, it seemed obvious that Letterman, chip on his shoulder firmly planted, was intent on reminding them they ain’t better than him. “Don’t waste my goddamn time!” Letterman seemed to be implying every time a celeb sat in the guest chair, with him literally towering over them as a reminder of who the hell is boss—a tradition he continued right until the end. 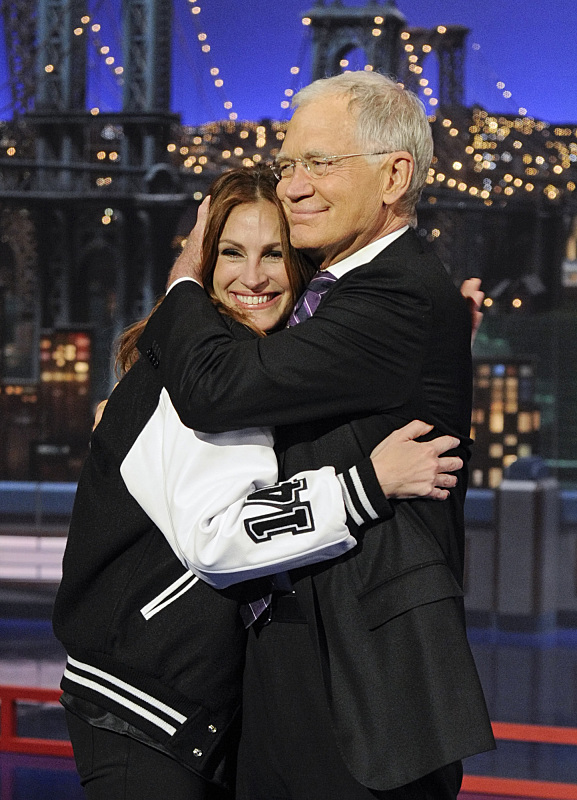 Don’t think Letterman doesn’t know how much of a tool he was to his guests. Just last week, Letterman and Julia Roberts reminisced about the first time she was on the show, and how she was scared he was going to, in her words, “Benihana me into pieces,” like so many young starlets before her. Luckily, Letterman didn’t go into slice-and-dice mode, but he did wonder aloud what made him be so mean towards his guests back in the day. “I think stupid people annoy you,” Roberts simply said.

As much of an unattractive ball of bitterness Letterman could be, watching him shut down an airheaded celeb for getting too full of him/herself was always gratifying. I recently was going through some old "Late Night" clips on YouTube and came across one where Letterman interviewed Sean Young, who showed up with a sleeveless dress and a lot of armpit hair. When Young was going on and on about the new movie she was in, Letterman, wearing a frustrated stare, just cut her off. “OK, that’s enough!” he exclaimed, waving his hand to shut her up, which she happily obliged.

Jesus Christ, I miss that. These days, talk-show hosts act more like babysitters than conversationalists, merely there to pathetically stroke the ego of whatever entertainer graces them with their presence. Chipper young turks like Jimmy Fallon and James Corden may prefer engaging their guests in goofy stunts and skits that’ll most likely get a lot of YouTube views the next day. But the hosts often substitute interviewing skills with incessant pandering and coddling, making any interview an uncomfortable, repugnant mess to sit through. I honestly can’t watch Fallon when he’s interviewing his guests, with the way he constantly refers to whoever he’s chatting with as “buddy” or “pal” and pointing out how awesome that person is. Fallon is basically an attention-starved puppy dog in a suit, hopping on your lap, licking your face and virtually begging you to like him.

The difference between Letterman—always an entertainer, but definitely nobody’s fool—and guys like Fallon is that Letterman has known he’s never going to be one of the cool kids. So, he acted like himself and did some crazy, interesting stuff, eventually making cool kids who were curious come to him. Even when Letterman made the big switch from NBC to CBS in 1993, he took his crabby, nutty way of doing television to an earlier hour and eventually made it the norm, attracting A-listers who had to get with the program or else they had to get the hell on. Even though time has mellowed Letterman considerably, the urge to tell some young actor or actress to shut up could still creep up on him. A friend recently hipped me to an interview he did with Shailene Woodley, and you can practically see Letterman try to keep his old self in check as she droned on about bone broth.

But, come Thursday morning, Letterman won’t have to deal with that anymore. After 32 and a half years of being late night’s prince of pain, a man who has survived national catastrophes, heart surgery, writers’ strikes and one nasty sex scandal, Letterman will leave late-night TV to all these young ass-kissers and their unctuous methods and officially become the grumpy old man he basically built a career preparing to be.

It didn’t hit me how much I’m gonna miss the son of a bitch until I started reminiscing about my nights watching him as a kid. As someone who didn’t have a father figure growing up, comedians like Letterman, Richard Pryor, Robin Williams and Eddie Murphy were usually my male role models. Cut to today: Letterman is retiring, Pryor and Williams are dead, and Murphy has practically stopped being funny. Oh, where have my heroes gone? Nevertheless, as much as Letterman turned me into a sarcastic smart-ass with a low tolerance for bullshit, I’ll always adore him for showing me that it’s OK to be a weirdo, and there’s also great fun to be had thinking outside the box.