On Friday morning, Samsung and Lionsgate invited a chosen few into the world of Panem realized at Hard Rock Hotel as part of San Diego Comic-Con 2014, joined by stars of the film in "The Hunger Games" franchise, Natalie Dormer, Elden Hensen, Wes Chatham, and more. The theme of The Capitol Gallery is white, the kind of creepy white of something stripped of dirtiness of reality and so antiseptically clean that nature is oppressed. The Samsung Galaxy experience at SDCC 2014 is set up as a game where visitors must go to stations and have a card punched.

We ordered elixirs and pastries from a Samsung tablet, and met garishly dressed models with over-the-top up 'dos. We also had our photos taken with holograms of Panem high society who are deadly white. It's not quite king for a day, more like evil president for a minute while sitting in a white throne. We learned about Samsung products, got a battery switch out, received a personalized etched Samsung Galaxy case, listened to music and heard a message from our president of Panem, Coriolanus Snow (Donald Sutherland), but the message delivery signaled that all is not well in Panem. We also took tests to fit us into the most appropriate district.

I got eight. District 8 specializes in textiles and is represented by a spool of thread and a needle. Ian, my scientist husband, got five. In Panem, District 5 specializes in electrical power. No one was assigned to District 13. We selected a white T-shirt, tank top, writing board, or bag to have our chosen (or appropriate) District emblem printed on and by completing each station, we "won" a Mockingjay pin before we were led into a white room where attendants allowed us to choose a white confectionary gift to partake in while enjoying the teaser to the next installment of The Hunger Games movie series: "The Hunger Games: Mockingjay - Part 1." Sitting individually in white spheres, I lifted a Samsung Galaxy Tab S from its pedestal to view the teaser.

Due out on November 20 in the United States, the movie follows Katniss Everdeen (Jennifer Lawrence) as she fights to save Peeta (Josh Hutcherson). Peeta is now suffering from PTSD, and has gone crazy under the torture he suffered during the previous movie, "The Hunger Games: Catching Fire." The teaser showed glimpses of Julianne Moore as President Coin of District 13, who leads the rebellion, and of the late Philip Seymour Hoffman as Plutarch Heavens. At the time of his death in February of this year, Hoffman had completed the filming of his scenes for Part 1. 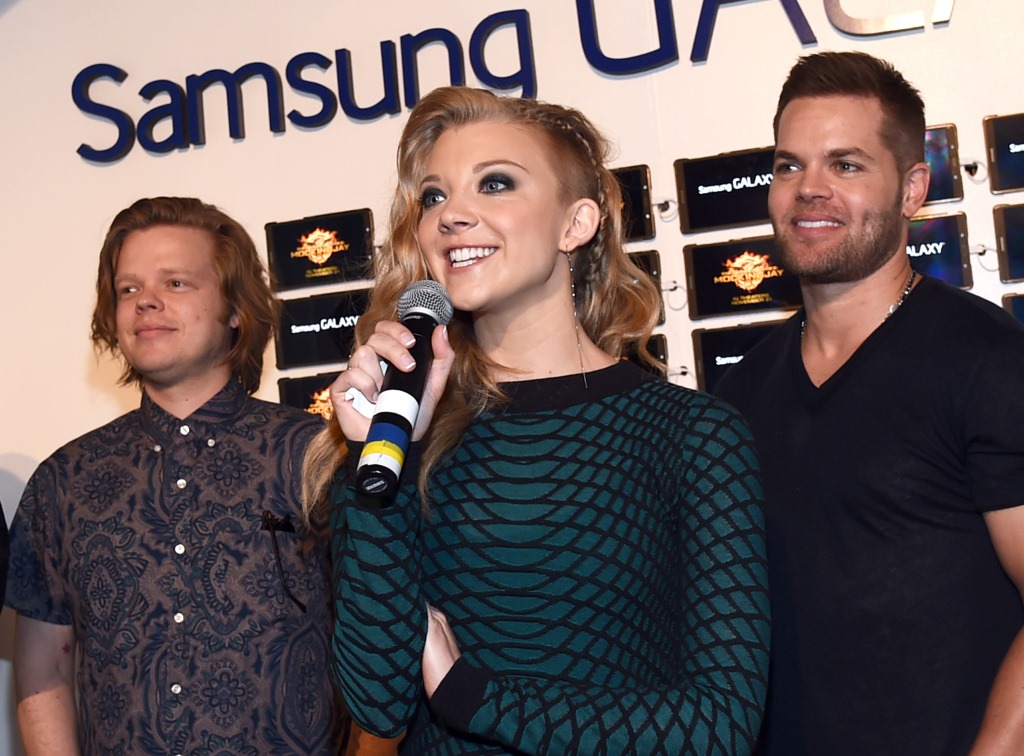 The teaser contrasts the dirt and chaos of the rabble in the rebellion against the sleekly modern controlled environment of the Hunger Games experience at SDCC. District 13 in "The Hunger Games" was a place that before the Dark Days, specialized in nuclear technology and become an underground district. On foot, District 13 is a week away from District 12, Katniss Everdeen's district. Her district, 12, is the poorest district and specializes in coal mining. While the people of District 12 may work underground, the people of District 13 literally are an underground rebellion, living in a world dug out under the surface.

Unless you're as much a slave to cleanliness are Mr. Clean or your high class hospitals, you'll leave the Hunger Games experience eager for the sweat and grime of the real world and embrace the colorful and quirky chaos that is San Diego Comic-Con. Well done, Lionsgate and Samsung.

Beginning today, Saturday, July 26, fans can visit participating Samsung Experience Shops at Best Buy locations nationwide throughout the weekend to preview the trailer. Samsung sweetens the deal by offering customers who view the trailer at Samsung Experience Shops one complimentary ticket to see "The Hunger Games: Mockingjay – Part 1" when it opens in theaters worldwide on November 21, while supplies last. If you already own select Galaxy devices you can download the all-new Hunger Games Movie Pack App, via Google Play™ for access to exclusive content from "The Hunger Games" franchise.