In the middle of a press conference about his forthcoming film "Kingsman: The Secret Service," Samuel L. Jackson stopped to answer a phone call.

It wasn’t his phone. There were dozens of reporters’ cell phones on the table in front of him, recording the comments by Jackson, Colin Firth, the other cast members, and co-creators Mark Millar and Dave Gibbons, and suddenly a call came in on one of them.  Jackson stopped everything to answer it. "This is Sam," he said, in one of the world’s most recognizable voices. "We’re having a press conference. Tell me who you’re calling so everyone here can know whose phone it is."

The owner never came forward, even as the event ended and Jackson picked up the phone again to try to hold it hostage until the guilty party came forward. The group of weary reporters loved it, but the reaction to watch was from Firth, whose expression of disbelief and amusement indicates strong chemistry between them in the film. 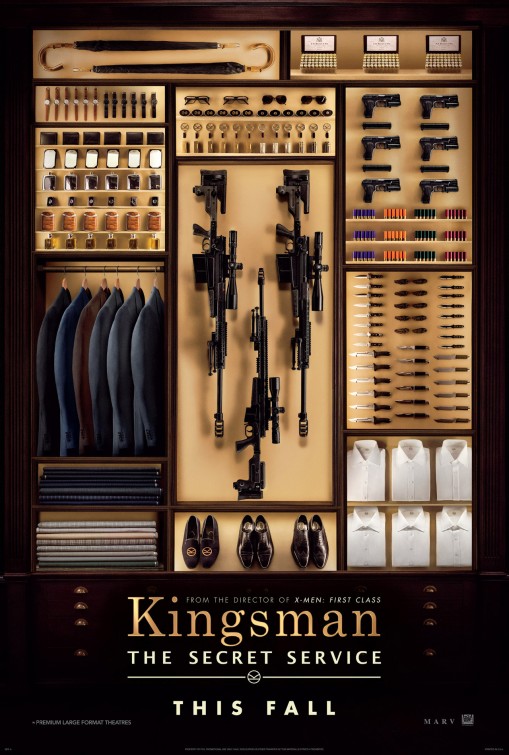 Both actors said that what makes this film so special to them was the opportunity to do on a grand scale exactly the very first kind of acting they did as children, when they began to feel a passion for imagining themselves inside exciting stories. "It’s like stepping into the shoes of the people who were your heroes growing up," Firth said. "This is my chance to be inside the movies I spent all day watching as a kid," Jackson told us, "to be inside those movies we all have inside, to lose yourself inside that fantasy world when you were a kid. Now I get to do it on a grand scale. When we were pretending as kids, I would shoot someone and the other guy would say, ‘You missed me!’  Now I shoot someone and his chest explodes!"

Firth said he had never had to do anything this physical in a film before, "unless you count pulling Hugh Grant’s hair" in "Bridget Jones’ Diary." His three hours of training each day was "intense and unfamiliar – and incredibly gratifying."

Screenwriter/director Matthew Vaughn wanted the man known for Mr. Darcy and a stuttering king because he was an unexpected choice, "I think you’re the last person on earth anyone would expect to kick anyone’s ass." "He wanted me to really do it, not just cut to a stuntman, utterly unnerving me."

Firth said this will be in the tradition of the spy stories he loved growing up, "Harry Palmer, ‘The Man from UNCLE,’ Mr. Steed" in the British spy series, "The Avengers." He will be "the guy in the suit, cool, capable, very contained, but cross him at your peril."

The film is based on a comic book by Mark Millar and Dave Gibbons. Millar told us he wanted to return to the idea of a secret agent as pure fun. "These days you see James Bond crying in the shower and you want to kill yourself." They were paying tribute to their childhood favorites. "Spider-Man became Kick-Ass, and this is our James Bond."