In 1965, freelance illustrator Edward Sorel moved into a rent-controlled apartment on the Upper East Side. In the process of ripping up the linoleum in the kitchen, he discovered a pile of old newspapers wedged underneath. The newspapers were local New York rags dated 1936, and the headlines were so screamingly huge you'd think a war had broken out on American soil that year. But no, it was just the tabloid frenzy surrounding actress Mary Astor's custody trial. Sorel knew nothing about it, and sat on the floor getting sucked into the salacious headlines. A lifelong obsession was born. Mary Astor's Purple Diary: The Great American Sex Scandal of 1936, written and illustrated by Sorel, is the result of that obsession. There hasn't been another celebrity biography like it. Not even close.

Mary Astor is mostly remembered now for her performance in "The Maltese Falcon," where she played Brigid O'Shaughnessy, a double-crossing dame who admits to Sam Spade (Humphrey Bogart), "I've been bad, worse than you could know." Astor was 35 when she played Brigid, already on the tail-end of her Leading Lady days. It was a counterintuitive piece of casting which worked beautifully. Astor was not a smoldering sex-bomb onscreen; her looks were romantic and aristocratic, not treacherous and luscious. Astor's Brigid is that much more destabilizing because she looks so, well, respectable. Later, Astor had a whole second career playing warm-hearted matriarchs ("Meet Me in St. Louis," "Little Women"), and one fabulous butch-pantsuit-wearing cigarette-smoking casino-owning matriarch in the homoerotic fever-dream "Desert Fury," until she retired, became a devout Catholic, wrote a marvelous autobiography, My Story and a couple of novels. She died in 1987. 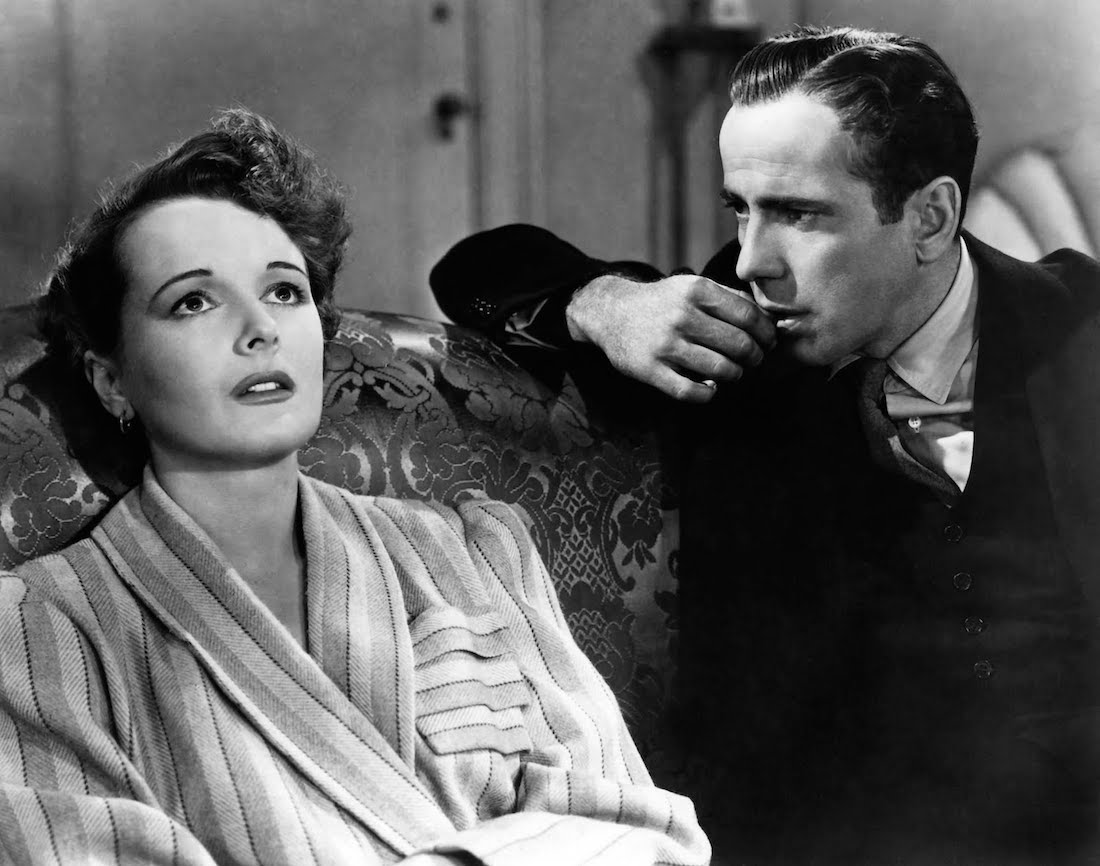 But before all that came the great Sex Scandal of 1936. A famous actress' personal life will always sell papers, especially if it involves addiction, infidelity, divorce. What pushed the Mary Astor situation over the edge into something else was the revelation that she kept a diary, discovered by her ex-husband, Dr. Franklin Thorpe while they were still married. In the diary, Astor described in great detail her sex trysts with a married man referred to as "G." (It wasn't that difficult to figure out that "G" referred to playwright George S. Kaufmann, who had been seen taking Astor around to various hot spots during Astor's weekend jaunts to Manhattan.) When Astor sued Thorpe for custody of their daughter Marlyn, Thorpe released the Kraken. The diary became sensational public knowledge and a battering ram piece of evidence in the custody trial, which took place at night because Astor was busy filming "Dodsworth," directed by William Wyler, during the day. (Side note: Watch "Dodsworth" again and imagine what her life was like behind the scenes. The performance is already good, one of her best, but it is even more remarkable when you consider the Feeding Frenzy that was her life off-hours.)

Sorel's career as an illustrator took off right around the time he found the newspapers under the floor, so he was unable to follow his obsession further. 50 years later, he picked up the Astor Trail. "Mary Astor's Purple Diary" is partially an account of the trial, partially a biography of Astor, and partially a memoir of Sorel himself. He's a very funny writer. (There's one story about the wedding reception for his first marriage that made me laugh out loud.) But his focus keeps turning back to Astor. His muse, his goddess, his subject. At one point, he realizes that in order to find out what really happened when Astor and Kaufmann first met, he will need to summon Astor from the afterlife. Which he does.

"Suddenly I felt a great draft and looked up to see the narrow Gothic windows burst open, making way for an ethereal flying figure with great legs. The twenty-seven-year-old knockout who pulled to a halt before me wore a bemused smile. She was taller than I expected, but then again I'm old now and I've lost two inches."

Then follows an extremely informative Q&A between the atheist Sorel and the hovering ghost of Mary Astor.

Sorel's illustrations, 50 in all, are funny, melodramatic, eye-catching. They lampoon and adore in the same moment. But the most pleasing thing about the book is Sorel's frank lack of objectivity ("I really fell for her"), a refreshing change in a landscape where pure enthusiasm is often seen as suspect. Grownups are supposed to "put away childish things," and fan-crushing over movie stars is often seen as a "childish thing," especially in the world of film writing. Sorel doesn't worry about any of that, thank goodness. He makes no bones about his love for Astor, or his outraged confusion over some of her choices. He admits it all up front: "Forty years after my fascination with Mary began, I still cannot fathom her desire to simply play the bourgeois wifey and breed. Did she really have no ambition? No respect for her talent or profession? No curiosity to find out what she was capable of?" At one point, he exclaims at her in frustration, "For cryin' out loud!" But it's just because he thinks she's criminally underrated as an actress, and he wishes more people knew about her. He has appointed himself "the keeper of her flame." At one point, he yells, "She was a great actress and dammit—I want to see her on a goddam postage stamp!!" Two exclamation points!! His unembarrassed fervor is the best tribute Astor could ever receive.

If you didn't know the details of the custody trial, then the book will be wonderfully informative. If you've only seen Astor in "Meet Me in St. Louis" or "The Maltese Falcon," then you'll come away with a list of films you'll want to track down immediately. Sorel's passion is infectious.

Being a fan for life takes a lot of work. Anyone who has decided to watch all of the movies directed by John Ford in chronological order (guilty), or suffered through reading all of Sylvia Plath's "juvenilia" before she really found her voice (guilty), shows the kind of focused dedication fandom requires. Loving something that much is serious business. Whenever I visit Graceland, I am surrounded by the geriatric set, all of whom struggle up the steps to take the Lisa Marie plane tour for the umpteenth time. These people have been devoted to Elvis Presley for 60+ years. They love loving him. Behavior like this is not "childish." It's beautiful.

Just like Edward Sorel's book is beautiful. Let’s hear it for the keepers of the flame.

To purchase your own copy of Mary Astor's Purple Diary: The Great American Sex Scandal of 1936, click here.