Book Excerpt: Steven Spielberg and Duel: The Making of a Film Career

Editor's note: In the new book "Steven Speilberg and Duel: The Making of a Film Career" Steven Awalt looks at the making of the 1971 television movie that took Spielberg from being a Universal contract director shooting episodes of TV series and made-for-television movies to feature filmmaking. The book details the history of the project, from writer Richard Matheson's initial idea—about a lone man being pursued by an unseen truck driver on the lonely roads of rural California—to the brutally fast shooting schedule to the editing room to the unusual decision to shoot additional scenes and give the film a theatrical release. The book offers a look at how the system operated circa 1971 and shows the combination of vision and on-set mastery that would make Spielberg a major talent. In this excerpt, Awalt looks at the machinations at Universal that landed Spielberg in the director's chair for this project. The book, which will be available on March 16, is published by Rowman & Littlefield. For more information, go here.

If the story of "Duel" was one way or another fated to make it into the hands of a producer who saw its inherent cinematic value, then it was almost written in the stars that it would find its way to the hungry young director who would make Matheson's story into a modest masterpiece.

"I owe "Duel" to my secretary at the time, Nona Tyson, who read the short story and came into my office one day and put "Playboy down right in front of me," Spielberg recalled.

I started laughing because she's giving me a "Playboy to read, and she said, 'Don't look at the girls, read the short story. It is right up your alley.'… She had a real intuition about me, and not since my own mom had anybody really had my number. She really understood my tastes, and my ambition, and my fear, my anxiety about wanting to do everything by Thursday morning.

Nona Tyson was Spielberg's third assistant at the studio in less than two years' time, but in her he found an ally and a confidant he could trust on a personal level. He was on a constant search for potential properties he could leverage into the feature film work he desperately sought, and Tyson was a steady shoulder and pathfinder in helping the young filmmaker find his way forward through a nascent career.

She looked like she was stuck in the 1940s. The clothes she wore and the style of her hair was absolutely what every movie star looked like in the 1940s. It was a World War II-hairstyle. She looked a bit like Rosie the Riveter out for a Saturday night. She dressed elegantly, and she was unlike anybody on the entire Universal lot at the time. I think a lot of people actually thought she was in period costume, walking to a soundstage to go to work when she would park her car and come to the office every day.

She was also fascinated with the stars, and she was an astrologist, and she did my chart. After she did my chart, I never let anybody do my chart again, because she was freakishly accurate on almost every prediction she made over the next five years of my life.

Tyson had discovered the story of "Duel" on her own, and when she realized how perfect a fit it would be for her young boss, she took it upon herself to track down information on whether the property had been optioned for film. "She's the one that tracked it to an actual teleplay that was being produced by ABC and Universal, and got me right to the producer George Eckstein, and basically gave me my marching orders and said, 'I see you directing this, and if you really want it, you'll have to go to the producers and see if they'll give you the job.'"

"I called up George Eckstein, who didn't know me from Adam—knew of me because they used to call me 'Sheinberg's Folly,' 'cause I was the young kid that he had hired . . . and I wasn't really that highly regarded. I was this abstract kind of young person that only loved lenses and dolly shots and didn't know anything about acting. At least that's the reputation I had then. I called George Eckstein up and I said, 'I've read this short story, haven't read the script yet, I'd love to talk to you about this.'"

Eckstein was aware of not only Spielberg's reputation around the lot, but also his previous work and the angel from the Black Tower who watched over Spielberg. 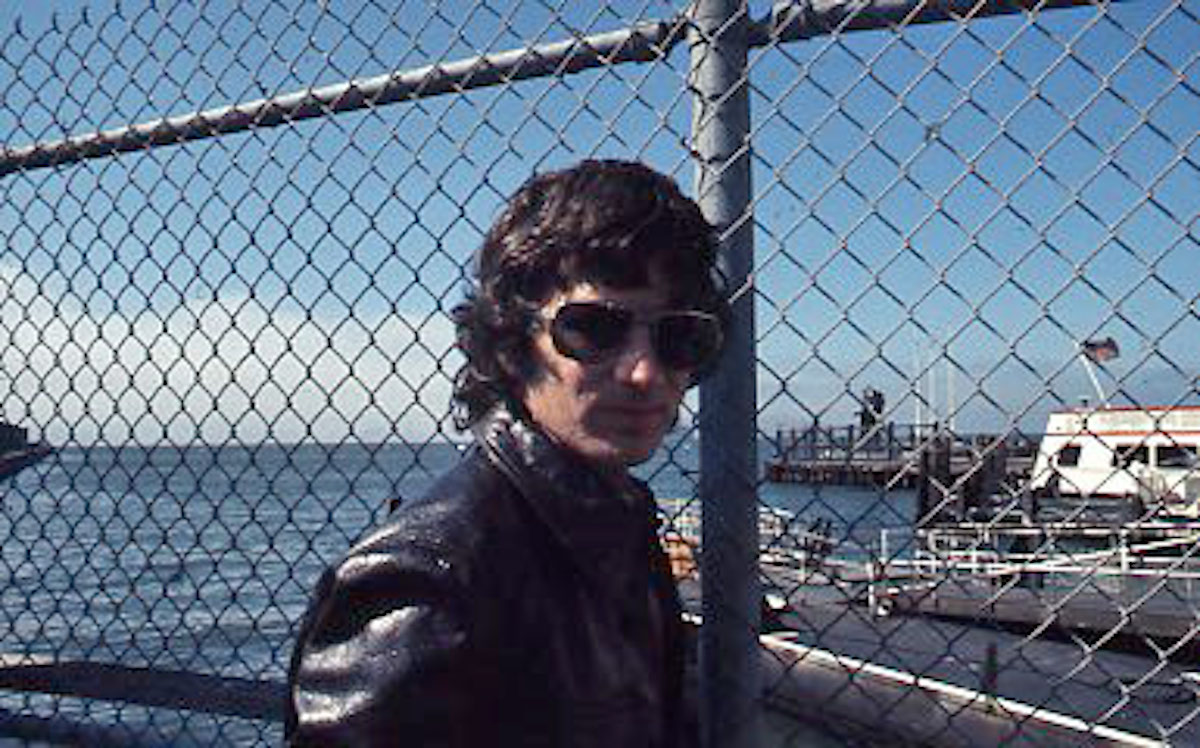 "I knew Sid was very high on him, and I had seen "Amblin'; Sid had shown it to all the producers on the lot," Eckstein said. "It was charming, and it was wonderful that a twenty-one-year old kid had directed this, but it was just a nice little picture. There were no hints of genius."

Eckstein invited Spielberg to his office to talk, and told him to bring along some of his work as a director so he could screen it. Spielberg brought a rough cut of "Murder by the Book," which was still weeks away from air date.

Eckstein was in a crunch to find a director, since ABC had carved out time in its November sweeps schedule for "Duel". Once he saw Spielberg's rough cut of "Murder by the Book," he knew he'd found his choice. He called Spielberg back to his office, gave him Matheson's teleplay, and told him to read it and to come back with his ideas of how they would shoot the picture. Spielberg read the script with great interest.

"I was intimately familiar with the work of Richard Matheson because I was a complete, obsessive-compulsive "Twilight Zone" follower, and so I knew of his work on the "Twilight Zone" and some of his really great episodes of that."

The story of "Duel" drew Spielberg in personally on a couple of levels. 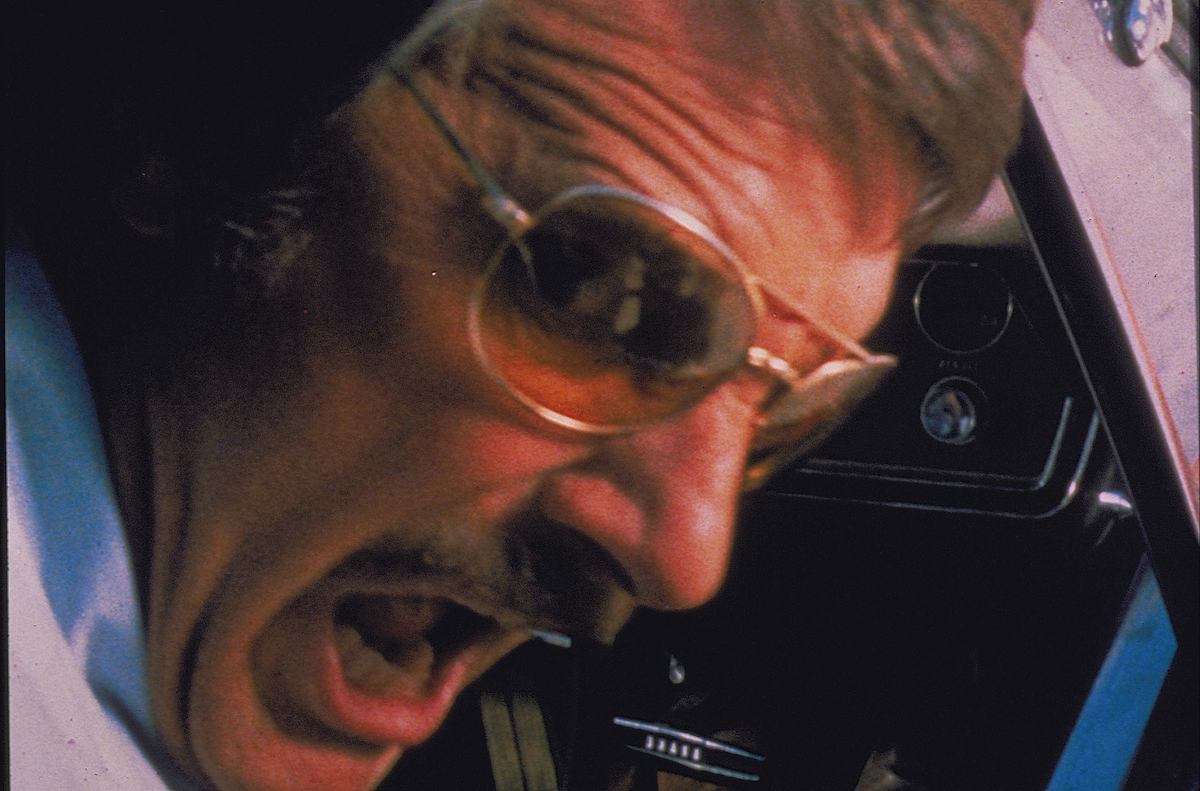 "While I expected a well-written and gripping narrative, nothing prepared me for the relentless, unforgiving force I encountered. The most frightening aspect of the story for me, and a device put to chilling use in the screenplay for "Duel" as well, was the fact that this maniacal truck driver went unseen the entire story. . . . Equally disturbing was the seemingly random selection of Mann's car among all those on the road, a chilling notion even in today's road rage–filled society."

It was this senseless targeting of Mann that really hit home with Spielberg, himself victimized by bullies as a young boy for his less-than-athletic looks and, worse, for his Jewish heritage.

"The thing that got me to really push to get hired to do "Duel" was because I had been bullied, and all of my friends in my little circle of friends had also been bullied, and I knew what it felt like," Spielberg said. "And even though I tried really hard to anthropomorphize the truck, as an extension of a kind of evil, bullying force, without too much regard for who was driving the truck, it did represent something that made me feel that I knew the material."

Armed with his notes from reading and then rereading Matheson's teleplay, Spielberg took another meeting with Eckstein. He breathlessly laid out how he envisioned the film, and then Eckstein told him he would get back with him.

"I think the first thing that impressed him more than anything else was I said, 'I'd like this to be a silent movie,'" Spielberg said. "'I think we can do minutes for television with no dialogue at all.' And even though we weren't able to pull that off in the purest sense of a silent movie, George jumped at it and thought that was a great way to at least approach "Duel." Spielberg waited hopefully, anxiously, for Eckstein's call.

For his part, Eckstein, as so many others on the lot had been, was wholly impressed with this creative young man.

"We sat down and talked for about an hour and his energy level and his desire to do this off the little film I had seen of his gave me a fairly good impression, but his vision of the picture and mine were very much in sync, which was to tell it almost as much as possible from [Mann's] viewpoint—to get inside his head, rather than do it as pure chase movie.

"I also was impressed with Steven's eagerness to do the project," Eckstein said. "You work with a lot of directors, it's a job, but he was excited. His enthusiasm was infectious for everybody who worked with him. And he did his homework. He was a young director you knew could shoot a show in the time he was given." 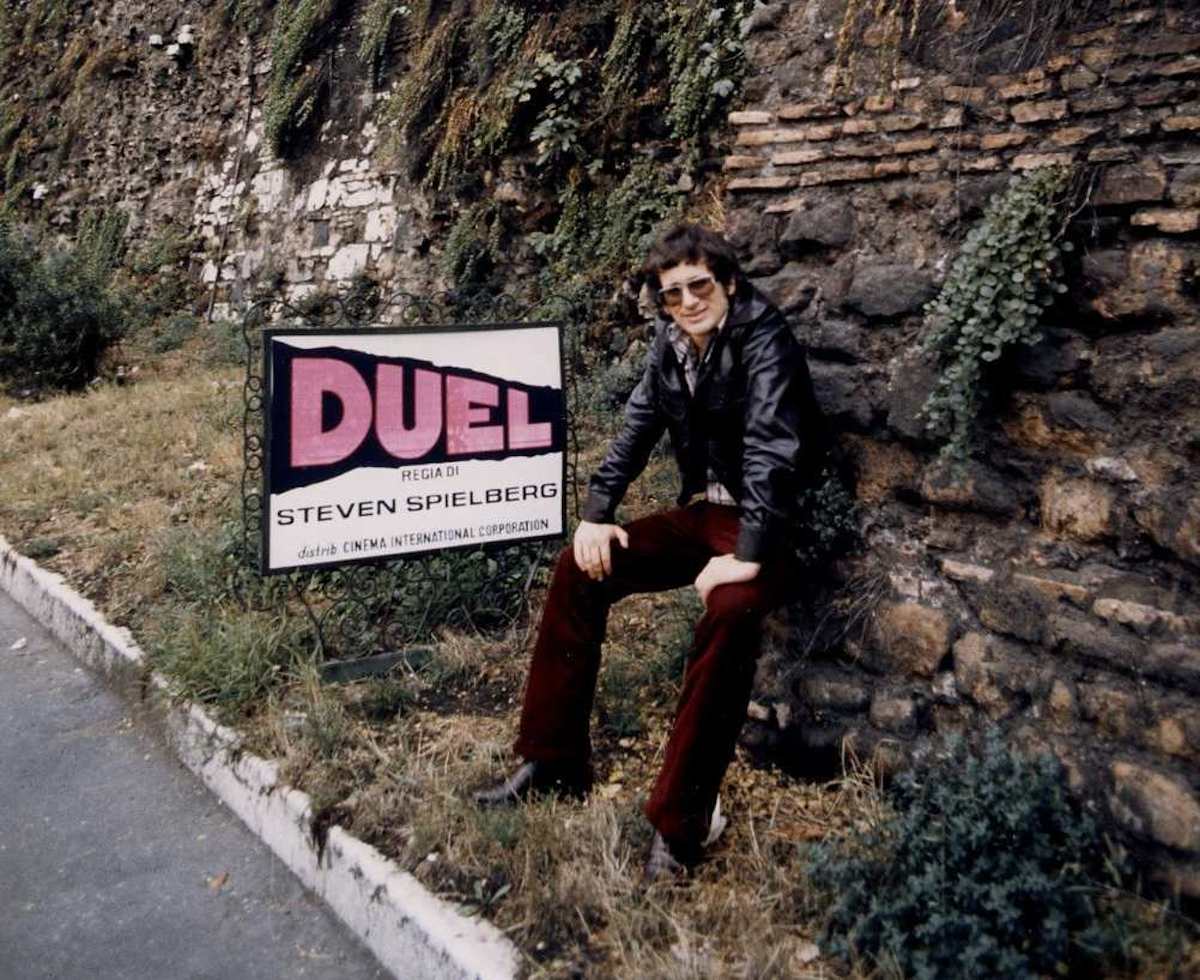 On the third day, Eckstein rang Spielberg's phone with an offer that would ultimately set the young man on his path out of television and into feature film work.

Steven Spielberg signed a contract for a non–studio director loan-out between his production shingle, Amblin' Productions, Inc., and Universal Television on August 26, 1971, for his services as director on "Duel" (on the contract, entitled "The Duel", Production #34111). The contract was for $5,000 or "minimum DGA scale, whichever is higher," plus any Directors Guild mandated residuals for future television repeats or theatrical exhibition.

By the time the ink dried on the contract, Spielberg would be entering an entirely new chapter in his life and work as a director.

Excerpt published by permission of the author and Rowman & Littlefield.
Advertisement