Isn't capitalism amazing? Particularly when it meets cultism? Here we have an absolute crud Crown International semi-self-conscious grindhouse effort and it's in digital form boasting a transfer "from the original camera negative," no less. Looks great, too, I'd reckon it's a 2K job, even as I reel at the multiple beach movie clichés that mark the opening credits: topless girl on beach in silhouette on horseback, a metal detector "joke," a dog stealing sunbather's bikini top "joke," and so on. James Daughton, who was Marmalard in "Animal House," is the male lead; apparently nobody informed him that this is the movie you do before you get your big break in "Animal House," not after. Among the frequently need female talent is Jeana Tomasina, and if you remember her from all those ZZ Top videos I imagine that you stopped reading this and ordered the disc off of Amazon or Deep Discount DVD about fifteen words ago. I believe you will find the movie entirely satisfactory. —B+ 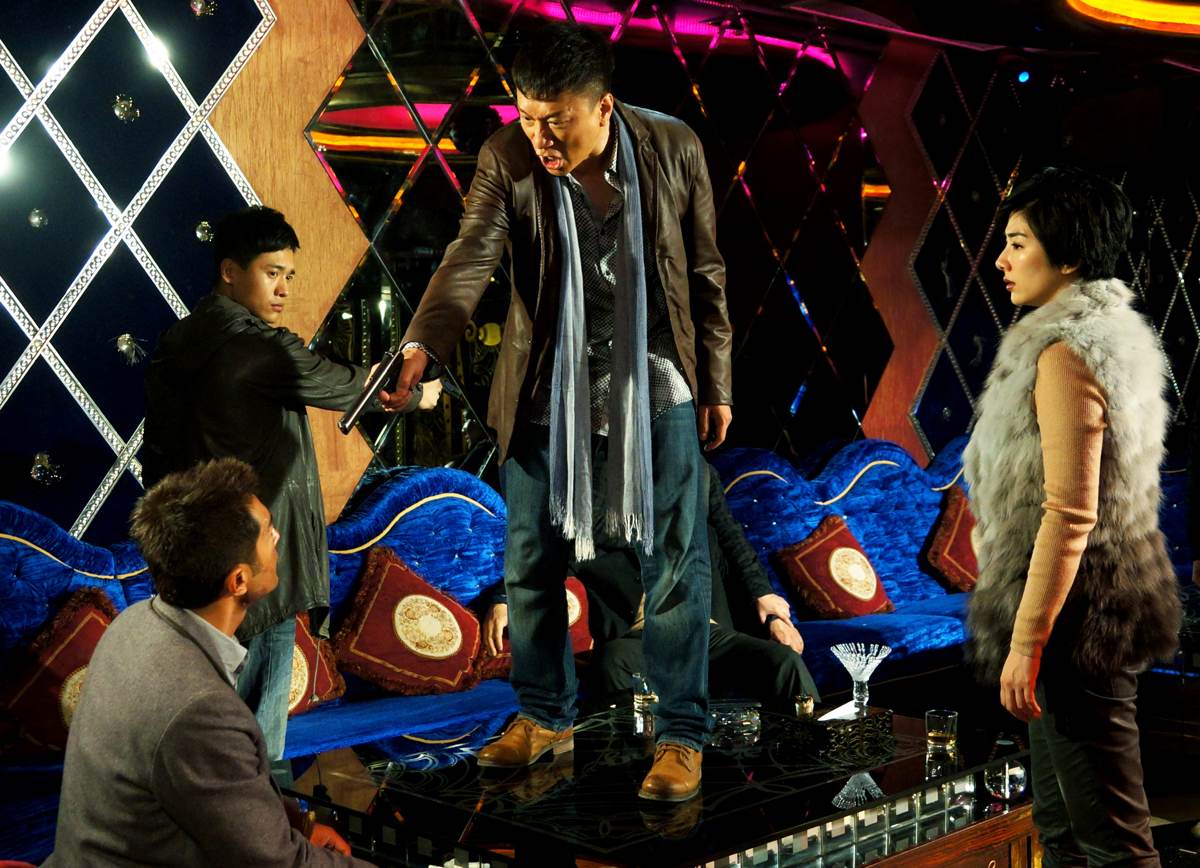 If Hong Kong director Johnnie To isn't quite the visual maestro that Anthony Mann was, To is definitely Mann's most impressive heir in terms of constructing tensile triple-crossing crime narratives. This 2013 picture, his first set and shot in mainland China, is a solid if not utterly outstanding entry in his filmography, and the bare-bones Blu-ray of it from a label I'm not entirely familiar with looks…fine. It also retails for thirty bucks but is of course available for much less from outlets that reportedly outrageously mistreat their employees. Your call! For my money (and I used it, in this case), this isn't as much of a library candidate as, say, "Exiled" or "Sparrow." —B-

Filmmaker Nicole Holofcener is held in high esteem by critics and selective audiences for making grown-up films replete with sharp dialogue and compelling characterizations. She is not known as much of a visual powerhouse, so some may question whether her films "need" the high-def Blu-ray presentation. Well, guess what: arguably, every movie's home-viewing prospects can benefit from such a thing, and Holofcener's latest, which features one of the last movie performances from James Gandolfini, absolutely gets a boost here. Holofcener's compositions and particularly the sense of design that emerges in her cutting are reminiscent of Rohmer in his contemporary-realist mode, and that comes across quite compellingly in this version of the film. Which has quite a few other merits, as you might have heard. Skimpy extras though. —A- 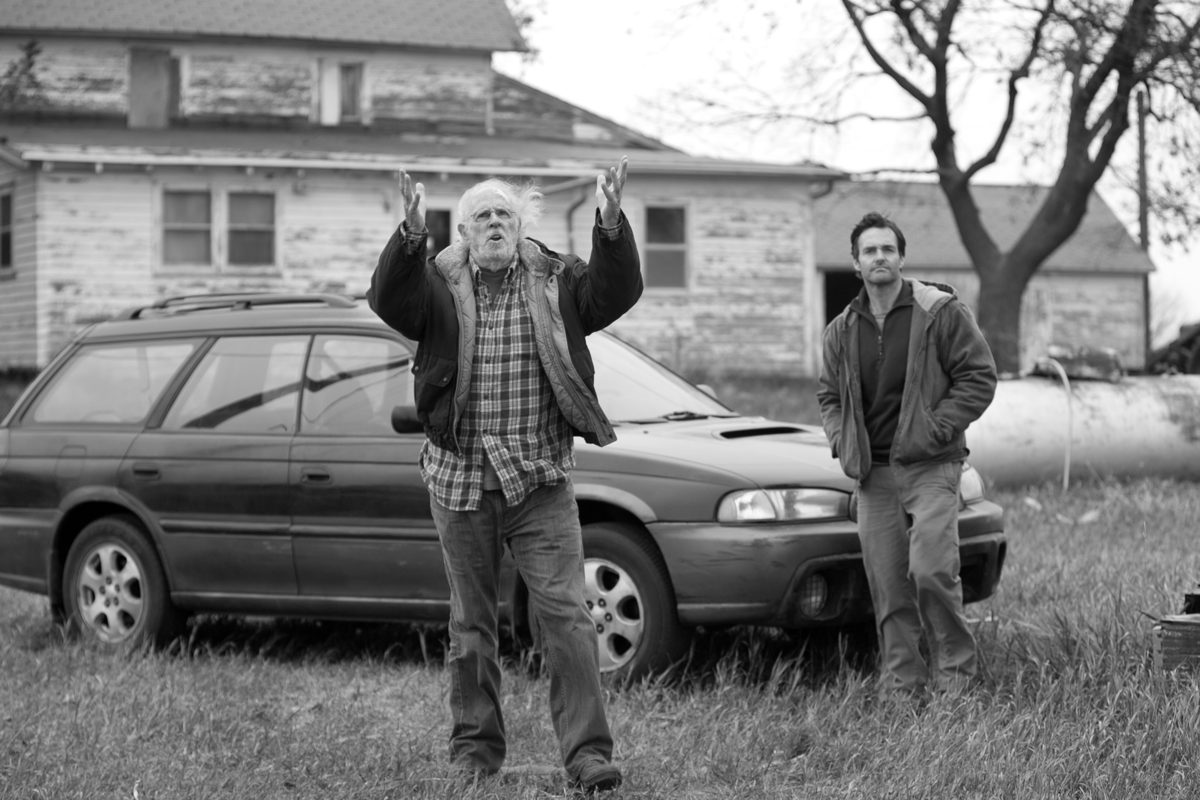 The opening credits on this 2013 movie are white letters on a solid black screen, or supposedly solid black screen. The dirty little secret of our digital projection Eden is that there's no such thing as real black anymore, just the darkest of dark grays, and this is quite evident here, as the bars above and below the 2.35 image on your 16 by 9 screen will be darker than the picture itself. Oh dear. Future refinements in tech will supposedly address this problem, and the problem isn't really a problem here once the movie proper is underway: in fact this is one of the most beautiful black-and-white widescreen pictures I've seen on a Blu-ray, noise-free, scrupulously detailed, and with a lovely film-like look. I'm a fan of the movie, too. No extras worth speaking of. —A-

Holy moley this four-disc, six-film box set is a godsend to Price fans, and it's still kind of frustrating. Not in terms of quality of offerings. The first four films, divided between two discs, are Roger Corman directed items, three adapted from Poe and one a loose Lovecraft variant. The best film qua film is "The Masque of the Red Death," shot in gorgeous widescreen and color by Nicholas Roeg. It's Corman's most overtly and successfully Bergmanesque movie, and Price's performance is among his most well-modulated. The transfer is consistently excellent even if the materials waver a bit. Overall it's impressive. The other three pictures are "The Pit and the Pendulum," from initially faded material that seems to brighten up about forty minutes in; "The Haunted Palace," which is the least of the Cormans here but looks fine, and "The Fall of the House of Usher," which starts off a little noisy but evens out. The best looking movie in the set is the delightful horror comedy "The Abominable Dr. Phibes" (1971) and "The Witchfinder General" is a close second. The extras run the gamut. My favorites were a director commentary on "Phibes" and a thorough making-of documentary on "Witchfinder." What's frustrating is that there's enough good Price stuff not in high-def that one or two or three more box sets such as this one aren't inconceivable. —A