“Al and I called him ‘Ziggy’”: Producer Sam Sherman Remembers The Early Days Of Vilmos Zsigmond

When the great cinematographer Vilmos Zsigmond and his friend and fellow artist László Kovács emigrated to the United States from Hungary in the late ‘50s, there was little in the way of institutional help for European refuges seeking to enter the movie business. No guild-sponsored apprenticeships or any such things. The way to get into the film business was by any means necessary; working in labs, or camera-operating on independent productions—which in Hollywood and neighboring burgs in the early ‘60s meant low-budget schlock. Which is how Kovács and Zsigmond got credited in the likes of “The Incredibly Strange Creatures Who Stopped Living And Became Mixed-Up Zombies,” for instance. Kovács’ breakthrough film was “Easy Rider,” a picture that was peripherally connected to the likes of American International and Roger Corman. By the early ‘70s Zsigmond had gotten a sensitive low-budget drama called “Red Sky At Morning,” and then Robert Altman’s maverick masterpiece “McCabe and Mrs. Miller.” Before those pictures, though, Zsigmond was making his mark whatever way he could.

The New-York-based producer Sam Sherman worked in low-budget and exploitation pictures his whole career, and remembers Zsigmond being a big factor in the early career of director Al Adamson—and vice versa. “I was not that intimately involved in the early days,” Sam averred when I asked him about Zsigmond, but he had some great stories nevertheless.

“Vilmos’ association with Al began around 1964, when Al decided that he actually did want to be in the picture business. Al’s parents were both actors, but he grew up mostly interested in sports, although he did help his father out with a movie called ‘Halfway To Hell.’ By his early 30s he was managing a nightclub in the San Fernando Valley—called The Mutiny—and working as a talent agent for a number of singers, including, at the time, Vicki Carr. He had a bit of a crush on one of his clients, a singer named Tacey Robbins, and he concocted this genre vehicle for her. The picture was initially called ‘Echo of Terror.’ 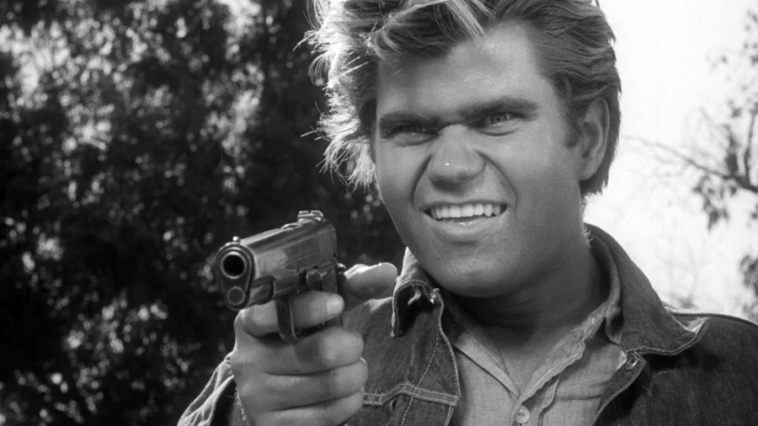 “Al found Vilmos, who at the time worked under the name William Zsigmond, through [low-budget filmmaker] Arch Hall. He had shot a picture called ‘The Sadist' (pictured above), which was noteworthy for having a lot of hand-held work, which was not common in 35mm Hollywood productions at the time.

“Al hired Vilmos—Al and I always called him ‘Ziggy,’ as did everyone else at the time—but Vilmos was not a happy camper on the picture. Al didn’t have anything close to final financing in place for the picture, so he could only shoot on and off. Believe it or not, in addition to his work as a talent rep and managing The Mutiny, Al also worked a paper route—driving around in the morning delivering papers on a route through the Valley! Every time he’d scrape together enough money, the shooting would begin again. It was actually a step down from working with Arch Hall, which was saying something!

“What did get Ziggy excited was shooting in Techniscope. This was a format developed by Technicolor that could yield a near-CinemaScope aspect ratio. Instead of a four-perforation frame, it was a two-perf frame, and you could shoot with standard lenses. Technicolor didn’t tell you this when they were pushing it, but one catch was that no other lab could actually print it besides theirs. It didn’t yield a CinemaScope quality image, but it did give you widescreen, and Ziggy made it look like a million bucks. The movie itself, in the first cut Al made, was unsellable. But even the distributors who turned it down were knocked out by the camerawork.” The picture, in a recut version, eventually met the public with the title “Psycho A Go-Go." 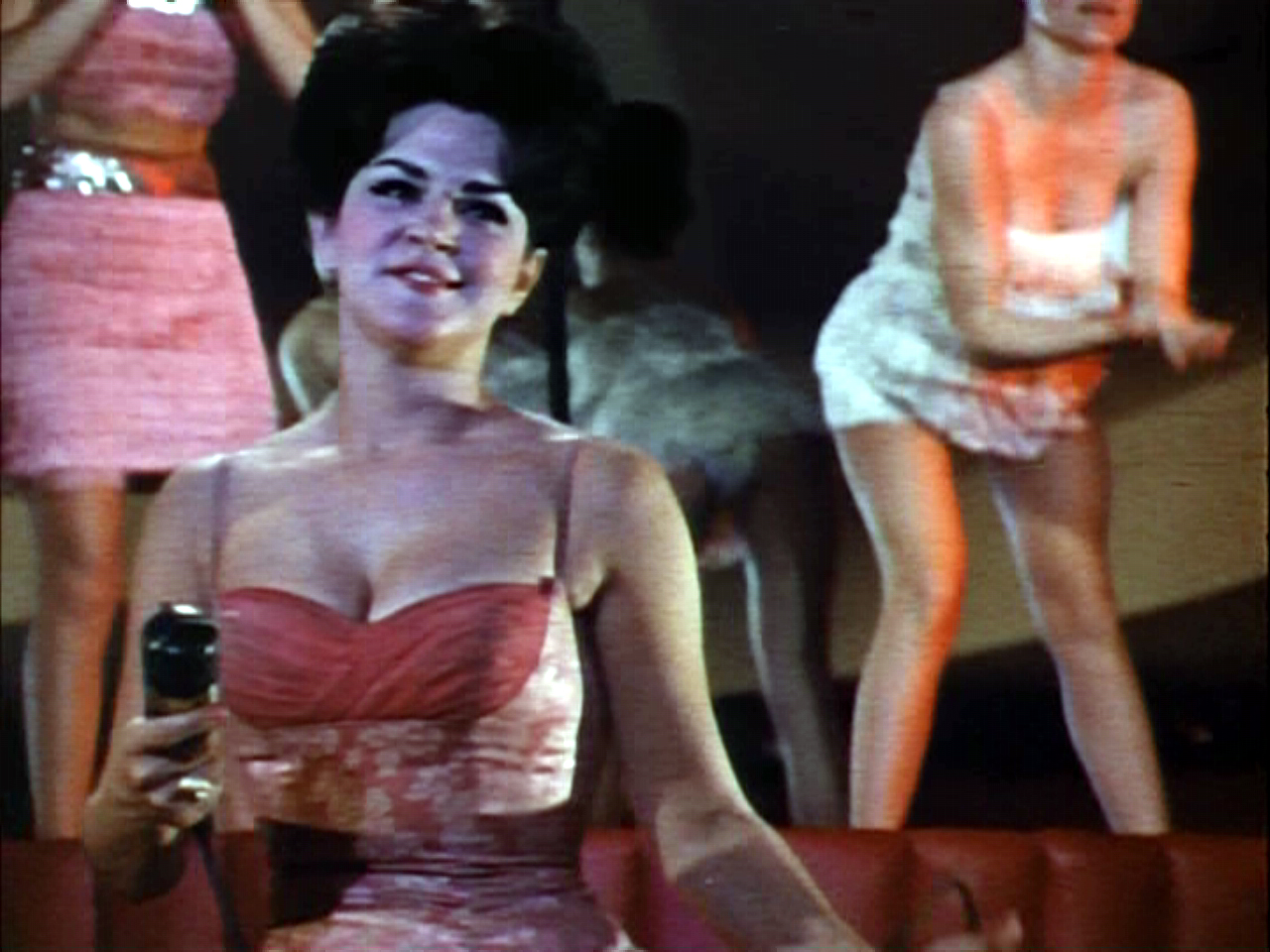 Zsigmond and Adamson then worked together on a more peculiar project, wherein Adamson adapted the footage from a Philippine prehistoric picture “Tagini” and concocted a science-fiction frame story around it; the results, and various recuts of the results, have achieved Psychotronic fame under such titles as “Horror of the Blood Monsters” and “Vampire Men of the Lost Planet.”

“Then Al formed a production company with Robert Dix, who was the son of the one-time matinee idol Richard Dix, and they decided to make a Western together, which they called ‘The Lonely Man,’ and then had to re-title because Paramount had a picture of the same name. So they called it ‘Five Bloody Days To Tombstone,’ even though it had nothing to do with Tombstone! Eventually this became ‘Five Bloody Graves.’ And Ziggy did a beautiful job on it. And he was getting recognized. The Western was the thing that Ziggy would show people who expressed interest in working with him. Al would lend him prints, even before the picture proper came out, which Ziggy would show around town.”

Once Zsigmond’s career took off, Sherman said that he and Adamson did not really hear from him. The resourceful Sherman eventually was able to take the properties Adamson had made with Zsigmond, as well as other films such as Adamson’s notorious Russ-Tamblyn-starring biker flick, “Satan’s Sadists” (itself shot by future Orson Welles collaborator Gary Graver) and get them to market, and make them all profitable. “I was involved in reclaiming those pictures,” Sherman says, “and I got them to a place where they all started to make money, and once the investors got taken care of, Al began to see some money too, and he made a nice living for himself, got into real estate.” Adamson became a cult figure of sorts before meeting an untimely end in 1995—he was murdered by a contractor who had been working for him, and who buried Adamson under the floor of his own Indio, California house in a cover-up attempt.

Before that, though, Sherman merely had to turn a corner in New York City to see Zsigmond in his Hollywood prime.  “In the late ‘70s, my office was on 46th Street and and 7th Avenue. One evening, I was a little further uptown, and I saw some big production truck by the Ansonia Hotel. Turned out Fox was shooting ‘The Rose,’ Bette Midler’s first big picture, on location; a scene at the Continental Baths where Midler herself had started out as a performer.” (In a mild irony, that scene is not a performance scene; rather, it’s one in which the heroine pursues her frazzled boyfriend into an all-male bath house, where he’s trying to get some downtime.) “It’s the usual New York location shoot scene—a lot of trucks monopolizing all the parking spaces, people standing around drinking coffee. And I saw Vilmos, and I said, ‘Ziggy!’ And he looked up at me and said ‘Huh?’ I reintroduced myself and of course he remembered. And he was laughing about Al—he asked ‘Has he gotten any money since then? He was always running out of money all the time … ’ He actually almost disbelieved me when I told him how well Al was doing. I was a little irked at the time, frankly.

“But I was not surprised to see him get to where he did. His great camerawork placed Al’s pictures way, way, above the level of comparable budgeted films. He was an amazing talent.”