When most people think of video game movies, their minds leap to the chintzy ‘90s fighting game films (“Double Dragon,” “Street Fighter,” “Mortal Kombat,” etc.) ripped from arcade cabinets by hungry studios looking for a summer hit or the notorious filmography of Uwe Boll. And even in the years since those truly rough early days, no video game adaptation has ever received generally positive reviews. Is there an inherent incompatibility between the two media? Or has it been artistic misunderstanding as studios assign properties to journeymen directors, apathetic to the material, to turn a quick buck? Video game emperor Blizzard Entertainment solved this by giving “Warcraft” to a certified nerd, writer/director Duncan Jones (“Moon,” “Source Code”), whose enthusiasm for the material is immediately recognizable, especially to a fellow gamer like me.

Yes, at the expense of a surely otherwise thriving social life, I played “World of Warcraft” and the many adjacent Blizzard games throughout high school and some of college, becoming all too familiar with the lore, gameplay, and art style of Azeroth. I was the guy up all night raiding with forty people I'd never met who lived everywhere from Cairo to London. I sunk hundreds and hundreds of hours into the world, appreciating its unique sensibilities and influences all the while.

Those that have vocally railed against the film adaptation cite its hokey story, puréed editing, and bland humans as signs of an adaptation apocalypse. Multiple citations of “Game Over” have been nails hammered into a coffin by critics deaf to the scratching protests of the successful adaptation within. 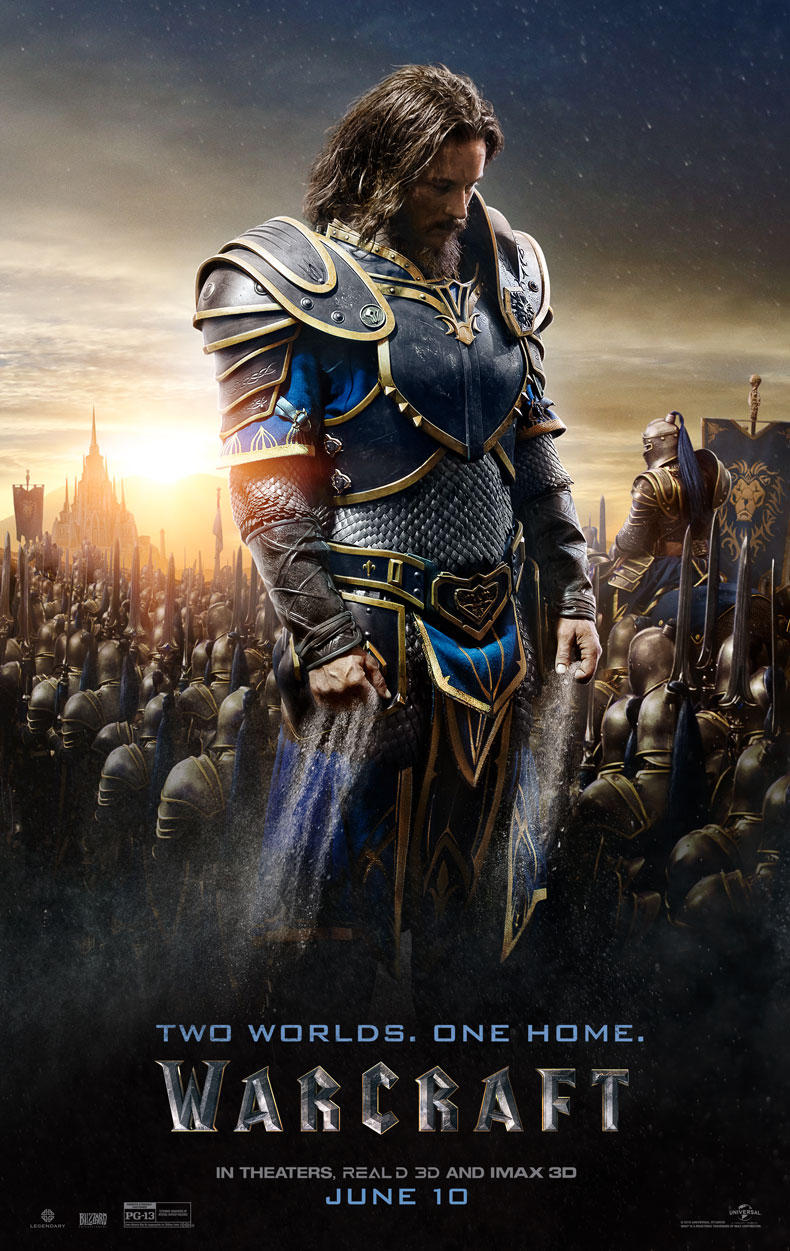 First, a thought on the purpose of “World of Warcraft” for gamers. People typically don't play role-playing games for the human stories, but to see them interwoven with the fantastic right next door. “Dungeons and Dragons” hasn’t sustained popularity because of its thoughtful insight into the human condition, but the comingling of the different and the familiar. There’s a reason we leave the tavern behind when we start our adventures. “Warcraft”’s Orcs depict a decidedly non-human society—as opposed to something like “The Lord of the Rings”’ long-haired elves or short, fun-loving Hobbits—with a wholly imaginative skill. They’re an eclectic mix, with cowards, heroes, and traditions combining everything from nomadic warrior tropes to blood magic.

Within the human sections of the film, though decidedly the weaker parts, we see giant green and brown invaders and recherché magicians through an everyman’s eyes. The film would suffer if the bone-crushing orcs and mages had nothing to contrast against, as it would if the villainous warlock’s fel magic were not as intimidatingly evil. Their existence alongside normal foot soldiers makes these everymen serve the same purpose they do in the game: as contrasting scenery. The origin of the “Warcraft” universe does not focus on the humans because their story isn’t half as interesting as that of the Orcs. That we focus at all on the Orcs’ side of the story is a boon for fantasy storytelling and a narrative necessity for this adaptation. Fantasy tropes, the politicking and battle between clans and kingdoms with a Captain Kirk-style near-romance, come easy, often, and with a tonally appropriate earnestness. The film isn’t trying to create a gritty retelling of a familiar story, but a story faithful to the canon of its video game source material.

Even the attention-deficient editing, often zipping by moments before they can fully resonate, echoes that of a video game or D&D session. The point of these types of fantasy adventures—the dozens of “Conan the Barbarian” books or the 1979 book-three-of-four “Fires of Azeroth” from which “Warcraft”’s world gets its name—is not to revel in one's victories but to move on to the next quest, always in pursuit of the next adventure. “Warcraft” is a true realization of Blizzard's world, created in this tradition of fantasy epics that sprawl forever forward. You don't win a game like “World of Warcraft,” but explore it. Those never-ending conflicts and quests lend themselves to what has been called “world-building”. To be true to the narrative of the game, both to the events that occur and the way in which it is told, the adventure must always be on the brink of continuation. 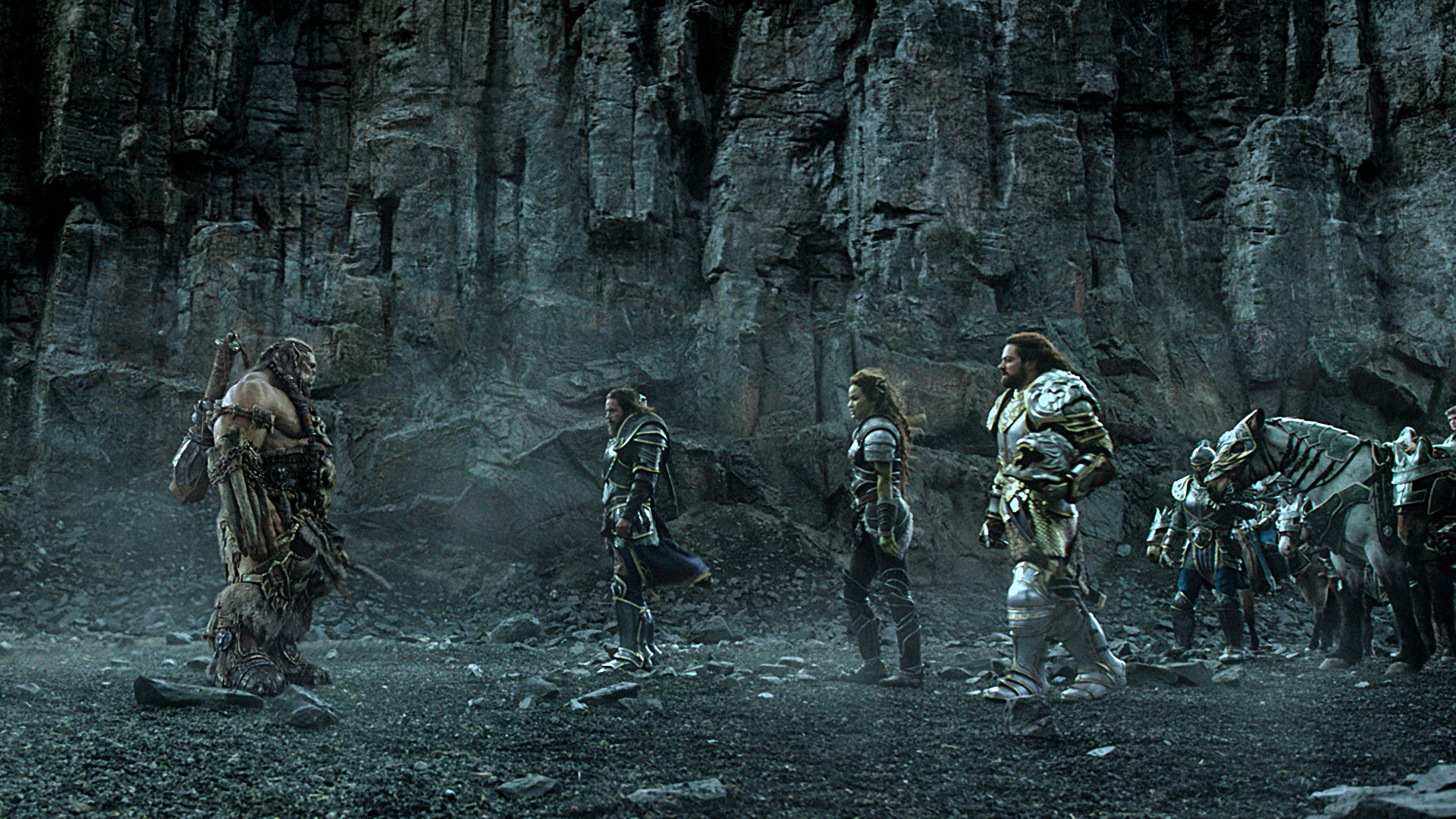 Many of “Warcraft”’s critics have waxed poetic on the lack of realism in the visuals, pining for the grit and dirt of “The Lord of the Rings” or, the more desperate among them, “Willow.” This is a tragic miscalibration of expectations. “Warcraft”’s world and its inhabitants, since the original video games, are like Macy’s Day floats—all primary colors and bold shapes.

The visual style is different than most games of the genre, like the popular “Witcher” series, and even within Blizzard’s oeuvre when compared to the demonic grime of the “Diablo” games. It’s the Saturday morning cartoon of fantasy games and always has been, aimed to bring the games to people beyond the basement dweller (bright colors work better in bright conditions) with the same visual pop affiliated with tabletop games like “Warhammer.”

Visual fidelity, with the addition of human actors to the game’s cinematics, is just as important when adapting a game—a playable, interactive medium—as narrative fidelity. The motion-captured actors portraying Orcs achieve inhumanity without losing emotion. Their huts, banners, and wolves create a dynamically contrasted world with that of humankind’s castles and horses. When the fights begin, their power and brutality impact with a cacophony of metallic violence more satisfyingly incredible than the towering Titans or human-sized goblins of other genre films. Orcs crush helmets while wizards with flowing robes trace arcane runes to blast gorgeous, flowing magic—all of it looking like it sprung to life from the static cover of a well-thumbed paperback.

Video game adaptations have an extra dimension to click with audiences compared to novels, comics, or cartoons, because not only have they seen this world, they’ve been in this world. Moved around in the world, interacted with the world. The obscure references and specific place names aren’t solely to bring depth to the story, but to establish a geography that players will inherently be looking for. Warcraft must take this into consideration as much as a movie set in New York must obey the landmarks and layouts of the city, as players have collectively spent lifetimes upon lifetimes fighting their fantasy battles in Azeroth. This mixture of adaptive fidelity, narrative and visual, by someone that cares about the material imparts the tone, a key component almost every video game movie has whiffed so far.

That's one of the reasons that, say, the “Resident Evil” movies have failed to work—they're not close enough to the Resident Evil game. There has been a misreading of the art and a resignation to a sloppy genre unfit for the material. The early “RE” games are tense, creeping, and paranoid, built on desperation and passivity. The movies abandon these horror qualities for an action-slasher with a whirling super-soldier heroine blasting anything near her to shreds (and, to be fair, the games followed suit starting with “Resident Evil 5”). “Super Mario Bros.” doesn't work for, well, a lot of reasons, but one of which is the transformation of the game’s cartoonish, simple tone to a hyper-urban film with evolutionary plot complexities and a cornrowed Dennis Hopper.

Ultimately, “Warcraft” is the best video game adaptation we’ve gotten so far because it understands itself. “Warcraft” is a broad, goofy, trope-embracing soap opera that isn’t trying to be more—it’s pro wrestling if a spellslinger turned heel and the absurdly muscular heroes carried battle axes—and it’s a definite step in the right direction for the future of video game films.