Where to begin with Kit?

L.M. "Kit" Carson, the filmmaker, screenwriter and actor, died in Dallas, Texas last night at 73, after a long illness. I knew him for twenty-some years. I never quite got a handle on him, and I don't think anyone else did, either. You weren't supposed to. He was one of those guys who just did his own thing for decades, quietly pursuing his muse, and in the process coming up with innovations that other people would integrate into their own work—not in a thieving way, but innocently, the way you'd pick fruit from a tree in the wild.

I got to know Kit in my hometown of Dallas back in the early '90s, when I was covering the local film scene for Dallas Observer. Kit was a veteran and local hero of sorts, writing screenplays and trying to get his films made and mentoring younger filmmakers. One of them was Wes Anderson, whose short film "Bottle Rocket" Kit championed; he's a character in this cover story that I wrote about the making of "Bottle Rocket," the feature, back in 1995.

Kit wrote the script to his friend Jim McBride's 1983 remake of "Breathless," which was much better than it had any right to be, and "Return to Texas Chainsaw Massacre," ditto. And he co-wrote the screenplay (with Sam Shepherd) for Wim Wenders' 1984 masterpiece "Paris, Texas."

The latter is a favorite of those with melancholy temperaments. (Elliott Smith adored it.) It features one of the all-time great Harry Dean Stanton performances—plus one by Hunter Carson, Kit's son with his first wife, Karen Black. And treats home movies as a Proustian memory-jogger. (How many times have you seen that device used? Hundreds, probably. This film perfected it.) "Paris, Texas" also connects to Carson's longtime fascination with looking and seeing, and the related question of whether we really see the things we look at. It's filled with images of windows, mirrors and other reflections, and many scenes of voyeurism. 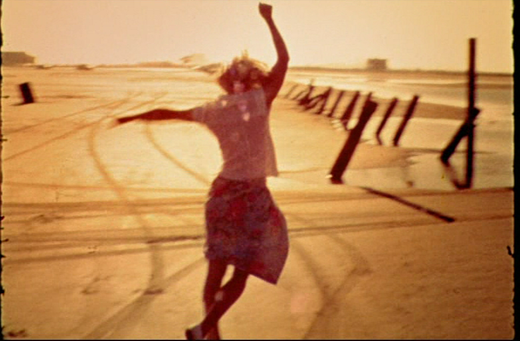 Kit was also a terrific actor—so natural that I wish he'd appeared in more films. To see what I mean, watch "Running on Empty," about two former violent '60s radicals (Christine Lahti and Judd Hirsch) who have settled down with their son (River Phoenix) and become outwardly respectable citizens. Kit has a small but indelible role as an arsonist who's still living underground after twenty years. His charming yet intriguingly unstable performance suggests the life that the film's main characters might have if they hadn't traded ideologically motivated violence for domestic tranquility. I can't watch Kit in "Running on Empty" without thinking that, on some level, he identified with the character's o
Advertisement
utsider status. Because of the life he's chosen, he can never really settle down. "You know, how do you manage this?" he asks Lahti's character. "You've got a house, two kids? It's almost like you're leading a regular life." Then he takes off her shoe and starts massaging her foot. 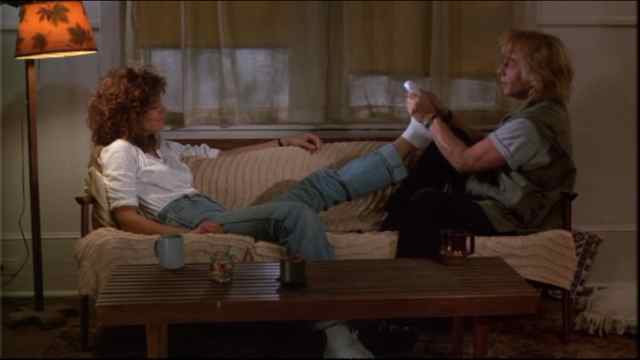 In "David Holzman's Diary," a 1967 mock-documentary about a young filmmaker that he wrote and starred in for director Jim McBride, he created a new genre: the first-person confessional character portrait with documentary trappings. The film's unique style was directly imitated by many feature films—mockumentaries and documentaries alike—and it indirectly inspired everything from video blogs to reality TV series (though I suspect many of the folks working in that vein have no clue that Kit invented the form). 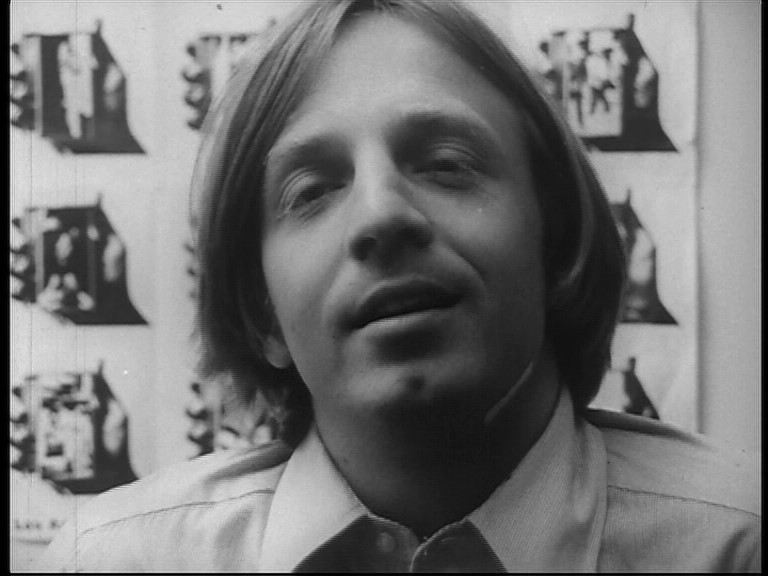 There's also a strong autobiographical, or perhaps I should say therapeutic, component to the picture: its hero, Kit's David Holzman, is so obsessed with filmmaking that it clouds his ability to experience life. He sees everything in terms of its potential to serve as "material." The camera becomes a buffer between the world and his imagination. I don't think Kit ever succumbed to the tendencies he explores in "David Holzman's Diary"—he seemed to truly enjoy living in the real world—but the fact that he identified that part of himself, and built a boundary-blurring film around it, gives you a sense of how self-aware and honest he could be.

My friend Kevin B. Lee, a RogerEbert.com contributor, did a marvelous video essay on the film that explains its importance.

We saw each other pretty regularly when I lived in Dallas, then lost touch after I moved to New York. We started talking on the phone again a few years ago when I became obsessed with Dennis Hopper (not for the first time) and created this video essay. It incorporates footage from Kit and Lawrence Schiller's documentary about Hopper, "The American Dreamer," which was made right after Hopper hit it big as a filmmaker with "Easy Rider" and became the first true counterculture superstar.

Kit and I talked about the possibility of his rereleasing "American Dreamer" to theaters, or at least trying to get a good video release for it. According to Schiller, who talked about the film after a recent repertory screening, it was meant to solidify Hopper's counterculture bona fides. It's an extraordinary work in a vein that has become increasingly rare, now that nonfiction filmmakers feel obligated to model their storytelling on Hollywood features, leaning on re-enactments, fast cutting, slick graphics, and bouncy montages scored to ironic pop. There are no big revelations here, and no through-line to speak of. It's just Carson and Schiller hanging out with Hopper in his commune in New Mexico, where he's surrounded himself with stoners and hippie chicks and yes-men. The film doesn't diagnose or explain Hopper. It just watches Hopper as he takes drugs and yammers and delivers monologues and shoots off guns and edits "The Last Movie," a psychedelic anti-Western that singlehandedly halted his post-"Easy Rider" momentum. "The American Dreamer" paints a portrait of Hopper at this wild period of his life, when he was so famous and successful that he believed his own hype, and started thinking of himself as a guru and revolutionary rather than as an artist with a particular way of seeing things. It's one of my very favorite documentaries, and I think about it every time I interview another person.

"The camera is always a questioning instrument," you hear Carson telling Hopper from somewhere offscreen. "It is an observer, it is an outside thing, an abrasive thing that comes in."

Kit was a character among characters. He had huge, wise eyes, a ski-slope nose, long hair, and a face that I always thought of as Gallic. I liked to picture him hanging out in a cafe on the left bank of Paris in the twenties, or maybe in the '50s. He had a lovely tenor speaking voice with just a hint of rasp.

I remember him carrying a little notebook or sketchbook with him, though maybe I just think that because he was always writing on something. He was a compulsive writer. Sometimes he'd be talking to you and suddenly he'd get an idea that he figured he could use at some point, and he'd pull out his notebook or a napkin or a restaurant check and write it down; if you paused the conversation, he'd say, "No, go on, I'm listening." He liked to wear a baggy jacket with lots of pockets—it looked like something a combat photojournalist would wear—and he smoked stubby filterless cigarettes. When he talked to you across a table at a bar or restaurant he'd sort of hunch over and lean in.

Kit had a great wicked grin, and an explosive laugh. Whenever I cracked Kit up, with a funny line or with an observation that prompted an "Aha, yes!" response, I felt as if I'd won something. He was a magnificent conversationalist. He always came at things sideways, but in a way that made sense when he finished his thought. Sometimes you'd make an argument for or against some movie or novel or painter, and Kit would begin his response with a song lyric or a fragment of poetry or a line from an editorial he'd read that morning, and you'd think, "Where is Kit going with this?" and then, "Oh, right, of course." He and his wife, Cynthia Hargrave, were so attuned that they often seemed to be communicating telepathically. When they were in the same conversational circle they'd finish each other sentences; sometimes their heads would move in the same way, or they'd both have more or less the same reaction to a statement at the same time: two grins; two frowns; two "What the hell is he talking about?" puzzled looks.

Kit didn't care what box he fit into, except inasmuch as it made it harder for him to get things done or made. He didn't seem to think in terms of boxes, or categories, or formulas. He instinctively opposed that sort of mentality. When embarking on any project, his first impulse was to ask what he could do, or what the artist he was mentoring could do, to make the piece unique, surprising, perhaps confounding: anything but The Usual. Naturally this made it hard for him to get funding for his own movies, because, as they say, it's not "show friends," it's show business, and businessmen prefer projects they can easily categorize and sell. Kit was never the kind of artist that one could sell. You could appreciate Kit, but you couldn't sell him, anymore than you could sell one of those magnificent Texas sunsets with orange-brown clouds that stretched from one horizon to the other.

Kit was so completely and inarguably his own man that whenever I spent time around him or talked to him on the phone, I'd come away questioning my choices and sensibilities. I'd think, Does Kit approve of what I'm doing? Or does he think I'm wasting my talent? And: Am I as free as Kit? Will I ever be as free as Kit? Am I brave enough?