PBS will be airing two documentaries that provide introductions to lesser known activists who believed in nonviolent civil disobedience: John Lewis and Alice Paul. "John Lewis - Get in the Way" premieres on February 10, 2017 as part of Black History Month. Alice Paul's campaign for women's vote comes up in the three-part "The Great War" (April 10-12).

John Lewis has burst back onto the national stage after a disparaging Tweet from then-president-elect Donald Trump right before Martin Luther King Jr. weekend. Lewis declared that Trump was not a "legitimate president" and Lewis pointedly did not attend Trump's inauguration. By the last weekend of January, Lewis, 71, was at the Atlanta airport protesting and asking officials questions about people being detained. The man never stops getting in the way.

Lewis' was born into a sharecropping family and his mother wanted to keep him away from harm. Lewis chose a different path and bears scars from the days when the police and the spectators descended into violent rebuttals in a pre-Black Lives Matter world. Lewis was inspired from listening to King on the radio. He worked with King during the Selma marches for voters' rights—including that "Bloody Sunday." He was the youngest of the big six leaders who spoke at the March on Washington where King gave his now famous "I Have a Dream" speech. All that activism is portrayed using archival footage and contemporary interviews in the documentary "John Lewis - Get in the Way."

Los Angeles-based writer/director Kathleen Dowdey was in Atlanta working on another project when she first met Lewis and began working on and off on this project for 20 years. Dowdey commented, "I was shocked in Atlanta, to meet people in their 20s who didn't know who he is. He really has never gotten the kind of attention he deserves."

While the one-hour documentary includes segments about Lewis' nonviolent resistance training before the sit-ins in Nashville and includes his recent sit-in as protest for gun control, the documentary doesn't include a more recent achievement: The September 2016 opening of the National Museum of African American History and Culture.

Besides his war of words with Trump, Lewis was also in the spotlight two years ago because of the 2014 Golden Globe Award-winning "Selma" where he was portrayed by Stephan James. In January of this year, Lewis received awards for the last part of a three-part graphic novel, March, that tells the story of the Civil Rights movement from his perspective. Book Three won the Coretta Scott King (Author) Book Award, the Michael L. Printz Award for excellence in literature written for young adults, the Robert F. Sibert Informational Book Award, and the YALSA Award for Excellence in Nonfiction for Young Adults.

In light of recent events, Dowdey commented, "I feel there should be a television series on his life." 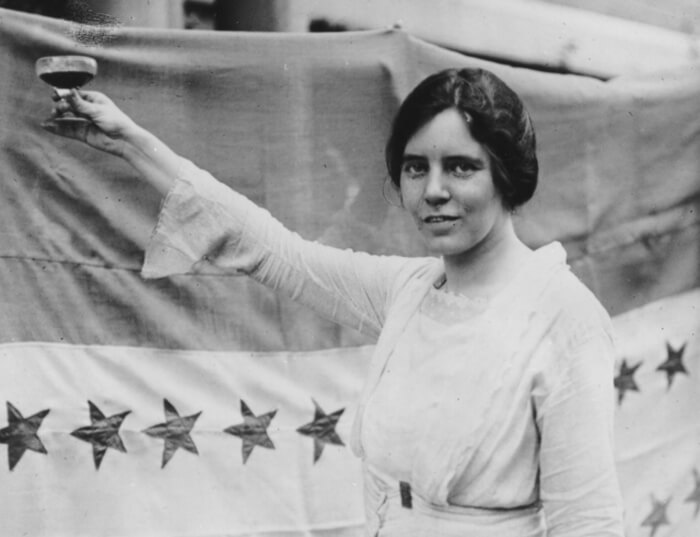 PBS' "The Great War" commemorates another centennial, the 100th anniversary of the US entry into World War I on April 6, 2017. The first episode covers the beginning of the war in Europe and the unsteady neutrality of the U.S. The role of women and minorities is also explored.

In 1914, the American Peace Movement had a large following. Jane Addams (1860-1935) was one of the American leaders and joined European women at a conference in the Hague. However, pacifism "on the part of men was difficult as it suggested cowardice."

After the sinking of the Lusitania (1915) by German subs, Tin Pan Alley's hit "I Didn't Raise My Son to Be a Soldier"  was replaced by, "Remember the Lusitania." Former journalist George Creel (1876-1953), the head of the Public Information office, had helped Wilson win the election on the basis of neutrality to the war and now helped change public opinion. Entering the war became a heroic fight for democracy and freedom.

The second episode looks at Woodrow Wilson's March 2013 inauguration, during which Alice Paul and Lucy Burns (1879-1966) organized a suffrage parade with women marching on foot or horseback to DC. In January 1917, Paul's group, the National Woman's Party, became the first group to picket the White House. After the U.S. joined the war in April 1917, other suffragist organizations stopped their protests. Protesting during the war seemed almost unpatriotic, yet women were being asked to replace men in factories. Paul's group did not stop. During their incarcerations, the protestors were abused and even beaten. Paul's group made banners referring to the president as a kaiser. Wilson finally spoke privately with Paul. Dubbed the Silent Sentinels, Paul's group protested six days a week until the 19th Amendment was passed on 4 June 1919.

The documentary also briefly notes a young FBI agent named J. Edgar Hoover was in charge of the German registration. Germans and those viewed as unpatriotic were also subjected to hate crimes but hate crimes weren't unusual in the U.S. during those times. President Woodrow Wilson was born in Virginia and raised in Georgia and South Carolina. As president, Wilson introduced Jim Crow laws and attitudes into Washington DC at a time when conditions had begun to improve for minorities working for the federal government.

Yet musician James Reese Europe thought that a combat unit could be a potent symbol of African American manhood and helped recruit a regimental band for the 369th Infantry (Harlem Hellfighters). Europe introduced ragtime and jazz to British and French audiences during the war. Serving in French armies and being exposed to different treatment by the French changed black soldiers. They returned emboldened to a nation that didn't want that changed during the "Red Summer of 1919."

World War I began in July 1914 and ended in Nov. 1918. In the war, are the beginnings of the modern Civil Rights movements for minorities and women. For our current political environment, PBS' new series "John Lewis - Get in the Way" and "The Great War" illustrate how tenacious nonviolent civil disobedience can be a successful means for generating change in society.