The Way Morgan Freeman was 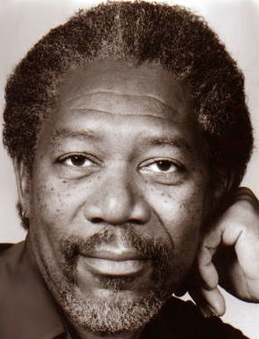 Legendary movie critic Pauline Kael formally recognized Morgan Freeman's talents in her review: "Morgan Freeman may be the greatest American actor." It's hard to argue with that title now, but it was in 1987 when she wrote her review for "Street Smart."

From the perspective of more than 20 years after its theatrical release in the US, it's rather surprising to think that this small, flawed movie boosted the career of one of the great American actors of our time. It garnered him his first Oscar nomination (he lost to Sean Connery in "The Untouchables") and that was just the start. He has been nominated for an Oscar five times in total and received the Oscar for best supporting actor for "Million Dollar Baby." He is now one of the most formidable actors in Hollywood and is consistently watchable on the screen.

As with Alan Arkin in "Wait Until Dark," it's truly fascinating to see a renowned actor in a completely different light from his earlier movies. Many moviegoers of my generation would be shocked to see Arkin harassing Audrey Hepburn in that movie, considering his present image as a funny old grandfather. Likewise, we usually regard Freeman as a wise, genial old man and never imagine him as smart, ruthless character who will forcefully intimidate anyone for his own benefit without remorse.

He is a supporting character in the movie, which is about magazine writer Jonathan Fisher (Christopher Reeve). He is in serious trouble. After pitching several topics to his smarmy boss unsuccessfully, he suggests a piece about a Times Square pimp (This is the 80's, folks) and his boss loves the idea. However, it may be possible that the members of the world's oldest industry are willing to be at his service for different reasons, but they don't provide anything useful for his article. Therefore, instead of "looking into that man's skull", he looks into his own; he fabricates the article.

Everyone loves his article and it immediately puts him on the road to success, but there are problems. People think his article is based on a real pimp and there is a demand for more material. He manages the situation temporarily, but he faces a dire situation later. Assistant D.A. Leonard Pike (Jay Patternson) believes the article is about Fast Black, whom he recently put on trial for second degree murder.

Fast Black also notices the article. While seductively pulling Fisher to himself for a potential advantage, he quickly sees through the situation. Because the notes subpoenaed by the court are non-existent from the beginning, Fisher can give him an alibi with false notes. As he is on the verge of receiving a 10 year prison sentence, Fast Black will do anything and has no moral or ethical boundaries. Survival is more important than anything in his world.

We encounter several good moments, thanks to Freeman's magnetic performance and to the film's relatively competent direction. Director Jerry Schatzberg provides the appropriate stage and atmosphere for his movie. Although the movie was shot in Montreal, Canada, 42nd street and Harlem in the movie is gritty enough to fool foreign audience members like me.

Robert Irving's average functional music is one of lucky low-budget scores in 80's that doesn't sound dated and Miles Davis' trumpet is its biggest asset. There is an amusing uptown party scene where Fast Black and one of his girls, Punchy, are invited and steal the show. It's not every day you hear Freeman ingratiatingly saying "You have the prettiest tits I've ever seen." with the same authority to one of the party guests.

Punchy is played by Kathy Baker and she is the other reason to watch this movie. Baker, who has also enjoyed a lengthy career after this movie, gives a thankless performance as lively and interesting as Fast Black. She has her own moments, as Punchy seduces Fisher in a hotel room and suggests something unsaid about her character with just small facial changes when she comes to learn that Fisher is a Harvard Graduate. Evasive and manipulative if she wants to be, she has a kind heart, unlike Fast Black, and begins to like Fisher and care about him.

Fast Black does not approve of this and, especially, of her independent thinking. The result is a terrifying sequence of a game cat-and-mouse with a small pair of scissors. This is a testament to Baker and Freeman's talents. I was completely riveted by its sheer fierceness while watching the movie for the first time on cable late at night several years ago. Believe me, you have to see it for yourself.

Nevertheless, "Street Smart" is not a hidden or underrated masterpiece. I noticed some clumsy moments here and there and there are glaring weaknesses in the screenplay. It tries to comment on success and its price, but the former is less interesting and far less plausible than the latter. Even to the eyes of an outsider like me, Fisher's overnight success is pretty much entirely the writer's creation. It's simply unbelievable that some unknown magazine writer would suddenly become the reporter of a popular TV show named after the movie's title. Oh, by the way, I can suggest better, catchier title for that silly show with sting cameras set up for misdemeaning civil servants: "Gotcha!".

In the case of the late Christopher Reeve, he is merely adequate while approaching blandness. Even if his character is supposed to be a sort of blank canvas for the colorful supporting characters surrounding him, Reeve is less convincing as the man trapped in a complex situation because of his lies. I think the movie could have been better with other actors with more presence, like James Woods, as Gene Siskel suggested. It should be noted, however, that Reeve agreed to appear in "Superman 4" in order for the production of this movie to be green-lighted. Freeman and Baker both got a big breakthrough thanks to that.

There is also the notorious "Third Act Syndrome". Like many lesser thriller, the hero gets smarter after making many unwise choices and succeeds in outsmarting the villain. His clever trap is based on an unconvincing set of several coincidences and the ending conveniently (and preposterously) follows. As a result, the movie becomes nearly unforgivable by dumping its fascinating character into this sappy ending, wrapping-up in less than 10 minutes.

Regardless of the drawbacks, Freeman and Baker's performances survive in the end. Their performances make the movie more fascinating than it actually is. The movie comes alive whenever their characters and their mean streets appear, and they are enough for my verdict to lean to "See it" despite my many grumbles. If you have not watched "Smart Street" yet, I really recommend to watch this movie and to be prepared to see the lesser-known side of Freeman's talent. He's 72 now and he may never be as dynamic as he was in this movie, but I think there is still a possibility for him to play another vicious villain. He seems to want some change after playing a great man like Nelson Mandela, and maybe somebody should give him a plum role as good as Noah Cross; and a satisfying third act for his character, too.

P.S. The actor who played Fast Black's sidekick is Eric King. Like Roger Ebert said on "Siskel & Ebert," just as good as Freeman and Baker. This was his first movie and he continued his career mostly on TV after that. You probably saw him in the recent hit TV series Dexter as one of the key supporting characters.

See and hear Seongyong Cho and read his biography and review of the South Korean thriller "The Chaser" in this earlier entry in my Far-Flung Correspondents collaborative.