The stories of "Pi" are both true 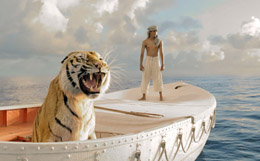 I walked into "Life of Pi" with extremely high expectations. After all, Ang Lee is a masterful director who helmed two of the greatest modern love stories in film. The trailers assured me that it was a must-see for the visuals alone, and then a friend said that it would transform me to another world through groundbreaking use of cinematography to manipulate the membrane of water. I walked in expecting the greatest use of 3D in film history; I walked out with much more.

Film critic, Wael Khairy based in Cairo, believes a hungry Gerard Depardieu is more horrifying than a starving tiger.

"Crouching Tiger, Hidden Dragon" and "Brokeback Mountain" were both films that moved me deeply. Besides providing stories the viewer simply can't shake off, all of Lee's films are feasts to the eye. But perhaps none of his previous works match the visual poetry of his latest stroke of genius.

To say my expectations were met would be an understatement. "Life of Pi" reaffirmed that there is humanity in cinema. I understand that the novel was an international bestseller, but this story was meant to be adapted to the greatest art form of the modern age, cinema. It's one of those rare cases where words would not do the story justice. It has to be seen to be believed.

The film centers on the son of an Indian zookeeper who due to unfortunate events finds his family and himself on a freighter to Canada. All the animals are on board and are to be sold once they arrive. A shipwreck later, the boy finds himself alone on a lifeboat with a tiger, zebra, monkey and hyena. Throughout the film he forms a remarkable bond with the most beautifully realistic CGI tiger you could imagine. 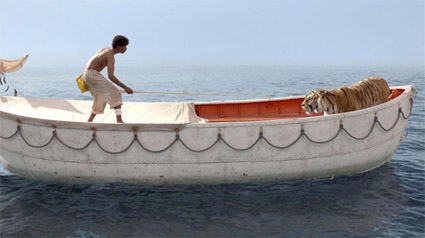 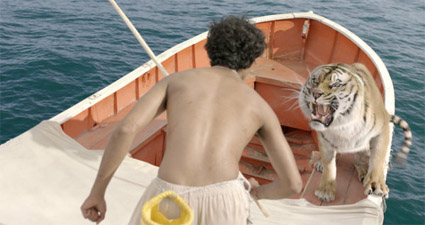 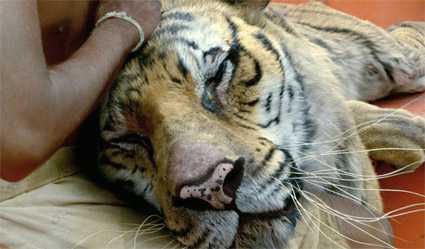 This story is all told in flashback to a reporter. The adult protagonist promises that by the end of the tale, the reporter will believe in God. I don't know how they missed a chance to market this story with the following tagline: "A story that will make you believe in God." I suppose it doesn't really matter. "Life of Pi" has already grossed over $450 million worldwide so far. 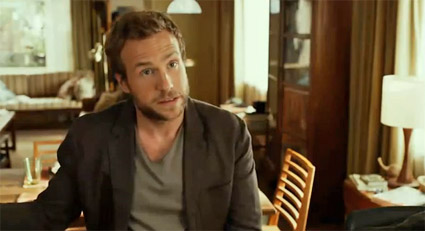 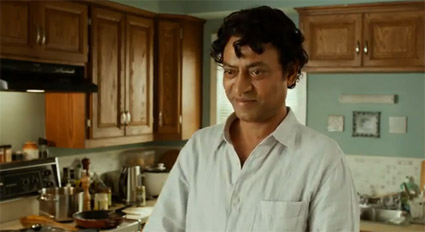 I'm glad my review will be published a week after the film's initial release in Egypt, because it's a film that invites analysis. Most of you have seen this film by now and this gives me some room to discuss the film's message. For those of you who still haven't seen "Life of Pi" at IMAX, I recommend you stop reading at this point to avoid spoilers and let the above serve as a very positive review.

The minute I walked out the theater, I could already hear groups of people debating about which of the film's versions of the story is true. It's a shame, because this very debate contradicts the message of "Life of Pi". It's up to the viewer to believe in one or the other. Here's the tricky part. Viewers were using evidence from the mid-section/survival chapter to support their theories, but they were clearly looking at the wrong place. You see; Lee clearly gives enough evidence to support both stories. We are left with only one fact; there was a shipwreck and the boy survived.

To understand the film's message, one can't neglect the existence of the first half of the film. Everything pre-shipwreck shows the boy admiring one religion after the other. He finds faith and God in Jesus, Buddhism and Muslim prayers, but he also believes in science like his father. This is vital to the story, because it holds the key to this wonderful tale's message. It doesn't matter what religion you follow, or don't for that matter, as long as you're happy and find reason for your existence, no one has the right to tell you otherwise. If only humans would let live and let live.

The same applies for the film's interpretation. There is no right answer, because it doesn't matter which is true. Lee allows the viewer make a leap of faith and choose to believe which version to believe in. I suppose those who back the tiger tale are more spiritual and those backing the cook tale are governed by reason, science, and probability. Therefore, it's completely pointless and contradicting to debate on side, because you would be doing the very thing the film asks you not to do. For that reason, I won't reveal nor back up which version I believe to be true, because that's entirely up to you. Lee allows the viewer fill in the blanks.

I'll close this review with an applicable quote by one of cinema's greatest directors, Stanley Kubrick. "I would not think of quarreling with your interpretation nor offering any other, as I have found it always the best policy to allow the film to speak for itself."