Plagiarizing "Star Wars": The Problems with "The Force Awakens"

After writing in this site for over six years, I’ve come to learn that the best cinematic subjects for discussion are not necessarily the most popular or even the movies you loved the most, but rather those that arise self debates in your own head. That in this case it coincides with the most awaited film of this (and many) a year may very well amount to opening Pandora’s box still, for the last couple of weeks I’ve had a hard time grasping how the one film that simply couldn’t miss with a “Star Wars” lover like me (if not necessarily a diehard fan), a feature that had an overwhelming 95% positive response from critics, could leave me with such a sense of indifference. If you are one of the many who enjoyed “Star Wars: Episode VII - The Force Awakens," good for you, it is always better to be in the position of defending a movie that you loved instead of the other way around still, this is one of those articles that could practically write itself and that was something too tempting to pass. If you are one of the few who has yet to see it, be aware as there are plenty of spoilers here.

The seventh episode of the “Star Wars” saga has three new leading protagonists. Rey (Daisy Ridley) is an enigmatic girl from the planet Jakku who’s clearly more than she first appears. Poe Dameron (Oscar Isaac) is an audacious, first rate pilot and Finn (John Boyega) belongs to a new class of Storm Trooper that seems to have a conscience, which I guess means he wasn’t clone like his predecessors. In simple “Star Wars” terms Rey is a female Luke Skywalker, Poe is a Han Solo of sorts and the now older Luke Skywalker (Mark Hamill) is the new Obi Wan Kenobi, based on his not too subtle looks in the briefest of scenes where we do get to see him. Han Solo and Princess Leia make their appearance as a separated couple trying to turn their offspring Kylo Ren (Adam Driver) back from the dark side of the Force. Kylo is basically the Darth Vader of the piece except for some personal doubts and severe daddy issues. He worships granddad Vader even if it means ignoring the fact that the latter was the one who most responsible for sending Emperor Palpatine and his Empire to their doom.

The new leads in "Episode VII" are interesting enough but the film’s main problem is that it never provides them with a worthy, original story to justify going back to this universe. What’s worse, “The Force Awakens” pulls the original trilogy’s beloved main characters from the state of “happily ever” that we left them, achieved with plenty of blood, sweat and tears, and puts them in situations that make you feel like the whole thing just wasn’t worth going through in the first place. Case in point: we now find the Han Solo and Princess Leia couple in one of those senseless, cinematic, marital crises, the result of their child’s rebellious ways, and this only serves to spoil our past memories of them.

Some three years ago when Disney announced the continuation of the series, I remember wondering what the point would be of going back to this particular universe considering that just about all of its the best and most iconic characters (Yoda, Obi-Wan Kenobi, Darth Vader, Emperor Palpatine) had been killed off by their creator. "The Force Awakens" tries to come up with some new imposing protagonists but they don’t turn out to be anywhere as memorable as those of old. Kylo Ren seems striking at first but once he takes off his mask (unlike Darth Vader’s, it doesn’t seem to serve any real purpose) the movie character that he most brings to mind isn’t a Palpatine or a Darth Vader but rather Barbra Streisand’s equally troubled son in “The Prince of Tides." I would have happily settled for this new episode a villain in the same level as those in the much maligned prequels such as a Darth Maul or a Count Dooku. 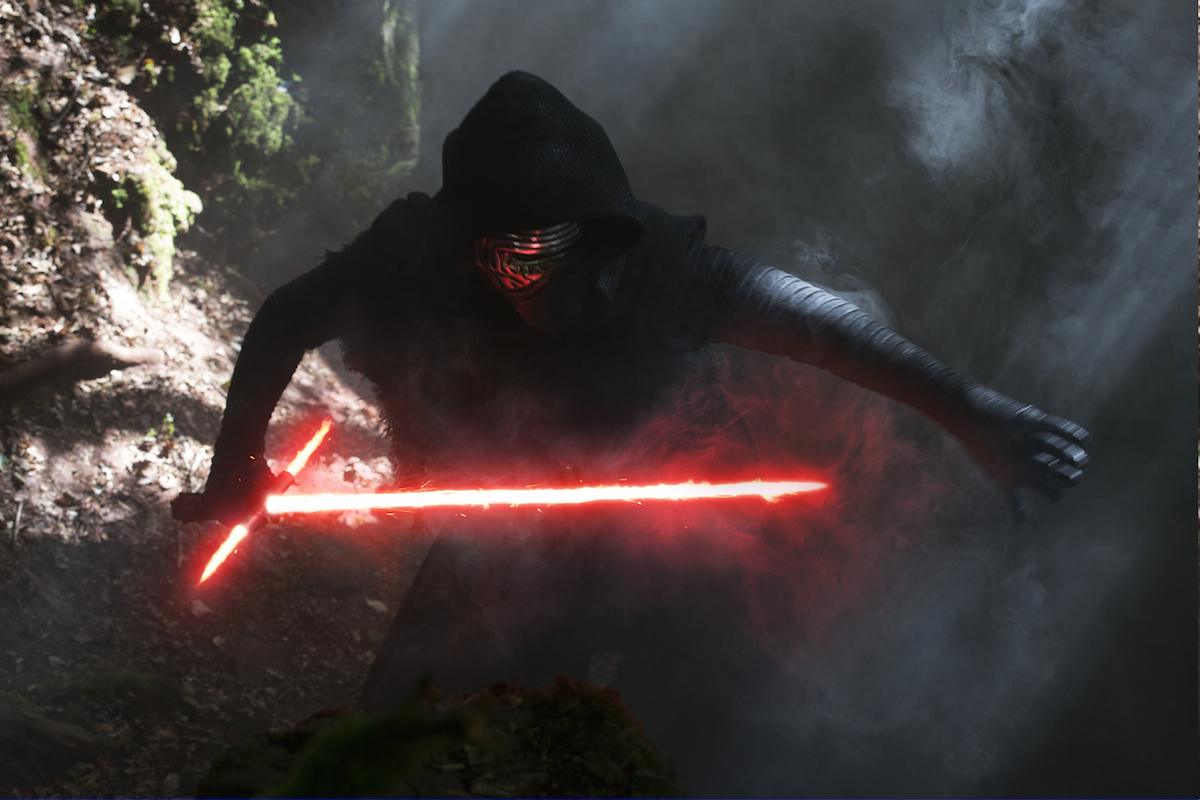 The scenes where Rey and Kylo Ren do battle and the one where Han Solo meets his fate demonstrate that these new filmmakers do not grasp what their predecessors always did: it was always the character’s journeys by themselves that made the older movies enjoyable, including their falls and heartaches. After all, “The Empire Strikes Back” is the best film in the series and also the bleakest. It took aspiring Jedi Luke Skywalker two full entries of the original trilogy and many a setback to develop the necessary skills to defeat his famous father, in contrast, having Rey defeat Kylo with relative ease creates no real sense of achievement and really demeans the latter character. The same applies to the sequence where Han is killed by Kylo in such naïve fashion. Let’s face it, if one is to dispose of an iconic character that’s been around for over 38 years, the least that the audience deserves is to have this occur at a climatic moment and for a good enough reason, (think of Judi Dench’s death at the end of “Skyfall”). By the point in "The Force Awakens" when Han’s end actually comes, the movie simply hadn’t earned the right to kill him off.

The action sequences in "Episode VII" are certainly well made. I’ve even heard comments suggesting that the chase involving the Millennium Falcon in the ruins of an Imperial Ship might be the best in the series (technically speaking it is surely miles ahead of anything we’ve seen before). But I would point out that the prior ones, where the same ship escapes from the Death Star in “A New Hope” or that in “Empire” where Vader chases the main characters through an asteroid field, are both much more exciting simply because the stakes were much higher. Also, the audience was much more emotionally invested with its occupants.

I usually have no problem with sequels following certain formulas from its predecessors but “The Force Awakens” is more like a remake of “A New Hope” and in many instances it feels we are basically watching the same movie. Here again we have a cute but determined droid that has been loaded with valuable information, dropped in a desert type planet and found by a character who’s clearly a diamond in the rough. Their chance encounter will take them on a journey that will conclude with the destroying of an planet-buster Death Star in a battle where dozens of ships will fly in opposite directions without any of them colliding. The villains will be after the same things as their predecessors more or less, but in this case they are made too look (not to subtlety) like Nazis. It is one thing to resort to nostalgia by bringing back an Admiral Ackbar, Chewbacca and the Millenium Falcon (with its monster chess game still intact) and another to plagiarize the earlier movie.

Watching the “The People vs. George Lucas” documentary years ago I came away with the impression that “Star Wars” fans are almost impossible to please. But the incredible financial success of “The Force Awakens” seems to suggest that all George Lucas had to do to make viewers happy with the prequels was to shoot his very first “Star Wars” movie all over again using more recent technology. I always thought that "Episode VII" had the best chance among the new entries at being good, considering J.J. Abrams outstanding résumé. As things turned out, I’d gladly take any of the prequels, or even his “Star Trek into Darkness," over "Episode VII" any day of the week. If this statement sounds outrageous just ask yourself: which sequence in "The Force Awakens" matches the terrific Darth Maul duel of “The Phantom Menace"? What bit of music in the latest entry can be considered as memorable as the “Duel of the Fates” in "Episode I," or the love themes from II and III? Film critic Matt Singer recently pointed out that 1999 audiences might have first embraced the first prequel (myself included) but perhaps a rush of negative vibes running through the newly created internet, eventually changed the tide of opinion. I suspect that time will give this new movie its place in history as well. Personally I believe that we owe George Lucas an apology. Having watched “The Force Awakens” it is now safe to say that making a “Star Wars” movie is not as easy as it would appear.