If I have to choose one definite moment in "Owning Mahowny" (2003), it is the one which shows the hero's face in a close-up shot when he is gambling. His face looks blank on the surface, but his eyes are fixed on the table, busily looking for the next shot of adrenaline he is craving. He may be aware of the risk and the consequence somewhere in the back of his mind, but he cannot help himself; he will go on and on until he finally reaches a point where he can be stopped by something stronger than his insatiable urge.

To many people around him, Dan Mahowny (Philip Seymour Hoffman) looks like an average good guy who works hard in a prominent bank in Toronto, Canada. Recently promoted to assistant branch manager, he is mostly well-regarded by his bosses for his impeccable work record. The bank trusts him enough to let him handle the accounts of several of their wealthiest clients. He also has a caring girlfriend Belinda (Minnie Driver), who works in the same bank. She's seriously thought about marriage, but Mahowny does not seem to think a lot about that even when they are about to live together. With his anonymous clothes, big glasses, and shabby car, this nerdy guy looks even plainer than his plain-looking girlfriend.

However, as told in the opening scene, Mahowny has a secret problem he has managed to hide from others. He is an addicted gambler, and he must take care of his large debt to his bookie Frank Perlin (Maury Chaykin) right now. Perlin is a sleazy guy who would welcome any money he can get from his gamblers, but he does not like visiting and pressing Mahowny. As a matter of fact, he is so sick of Mahowny's increasing gambling debt that he even considers suspending his dealing with Mahowny for a while.

Of course, Mahowny does not want that, so he resorts to stealing the money from his bank to clear his debt. At first, he steals only $10,300 through a fake loan application, but once he sees how easily he can steal money from his bank without any suspicion from others, his mind makes the next logical step; he steals more money and then flies to Atlantic City for a weekend of higher-stakes gambling and bigger thrills. This soon becomes his weekend routine as he steals and gambles more and more.

Based on a real-life story of a bank manager responsible for the biggest one-man bank fraud in the Canadian history (as mentioned in the film, he stole $10.2 million in total for his gambling), the movie is effective as a close, realistic look at gambling addiction, and it sticks tightly to its hero's view to give us a clear understanding of his addicted mind. Like any other kinds of addicts, Mahowny is constantly dominated by his addition, and we see how his daily life virtually revolves around it. At one point, he cannot afford to spend more time with his girlfriend because of another weekend in Atlantic City, and we also get an absurd moment when he hurriedly asks a bookie to bet on all the home teams in one league and all the away teams in the other league because he does not have enough time to bet on each game individually.

Philip Seymour Hoffman, a great actor who left us too early last month, masterfully holds our attention through the effortless embodiment of his compulsive character. Never stepping back from his character's many negative qualities, Hoffman subtly reveals the urge and the thrill pulsating behind his character's low-key appearance through small gestures and movements in his finely tuned performance. We fully understand what drives his character into such self-destructive behaviors. Once he begins, Mahowny cannot stop himself until he is completely defeated, with no chips in his possession to bet. Sometime he wins, but then it leads to another bet he cannot simply resist. To him, it is not about whether he wins or loses but how much more he can gamble, and that is all he cares about.

With his withdrawn appearance, Mahowny initially does not draw much attention on his first day in Atlantic City, but, as he brings more money into the casino, he gets noticed by Victor Foss (John Hurt), the wily casino manager who recognizes the type while observing Mahowny through his security cameras. Foss is ready to suck all the money from Mahowny ("he's a purist!", he exclaims with amused delight). As a guy with lots of experience in his field, Foss has probably seen guys like Mahowny, but, like others, he cannot help but be fascinated with the intense single-mindedness of his lucrative prey, who concentrates on gambling for hours and hours, never noticing the things Foss willingly offers to him—except barbecued ribs without sauce, perhaps. 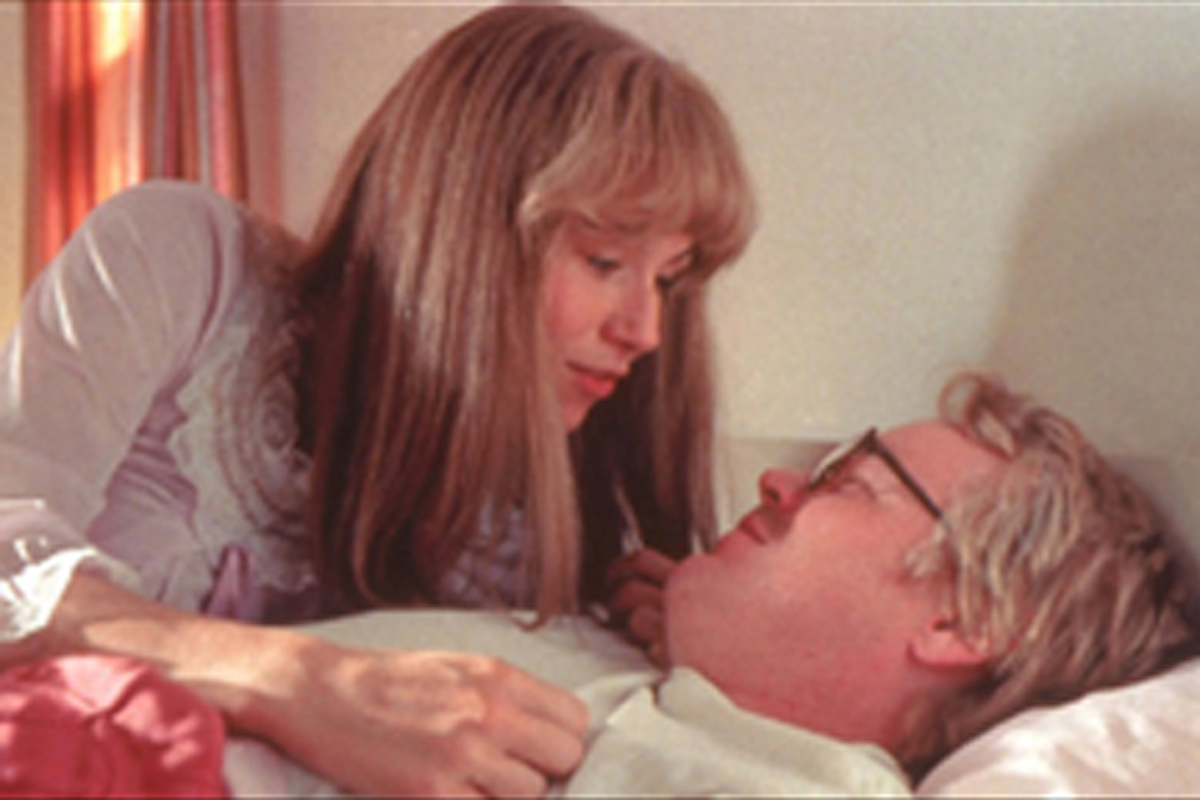 Mahowny manages to cover his crime from others, but Belinda begins to realize that he has a really serious problem. At one point, he takes her to Las Vegas, and she is impressed by a big hotel room reserved for them, but, what do you know, she is left alone in the room for a long time while he is gambling at the casino. She later finds him at the casino and asks him to go back to their room with her, but his mind is so occupied with his gambling that he does not seem to be conscious of her or of the passage of time at all.
Advertisement

With Maurice Chauvet's screenplay based on Gary Stephen Ross' non-fiction book "Stung: The Incredible Obsession of Brian Molony", the director Richard Kwietniowski has made an engaging character study not entirely without humor in its unflinching depiction of the hopeless downward spiral experienced by its hero. Sometimes we cringe at how blindly Mahowny is driven by his impulse, ruining his life and career step by step, and sometimes we are amused by how far his problem gets beyond his control. When he is approaching the final destination waiting for him, he is so consumed by what he experienced hours before that he is unbelievably oblivious to what's going on around him—and he is still mired in that pathetic self-denial of his ("I have a... financial problem. A shortfall.").

With Hoffman's gripping performance as its central force, the movie is as single-mindedly focused as its hero, and the main task of the supporting actors surrounding Hoffman is responding to Hoffman's character. Among them, John Hurt has the most fun with his deliciously amoral character; Foss may have a pretty good idea about how the hell an ordinary bank manager from Toronto can gamble with such a large amount of money, but he does not mind as long as money rolls into the vault of his casino, and he even provides Mahowny a more convenient way of transferring money to his casino.

Although her character feels like a functional role rather than fully developed, Minnie Driver has a couple of crucial scenes with Hoffman. Belinda tries to accept her boyfriend's gambling habit as a minor diversion, but there comes an inevitable point when she decides that enough is enough, and Hoffman and Driver have a painful moment when Belinda demands that Mahowny have a serious talk about his gambling habit. Maury Chaykin and Vincent Corazza are small-time bookies who unintentionally lead Mahowny into his eventual downfall, and Chris Collins is Foss' expendable employee who gets friendly with Mahowny and tells him (and us) about how casinos manipulate their customers in rather sneaky ways (yes, folks, the house always wins).

As a small gem which has been somewhat overlooked since its theatrical release in 2003, "Owning Mahowny" has one of best performances in Philip Seymour Hoffman's illustrious career. That's just one of several good reasons why it is highly recommendable. Mahowny is not a good man, but Hoffman makes him into a memorable case study with recognizable human behaviors, and he and the movie give us a sober, uncompromising presentation of an addicted mind. Whether it is alcohol or drug or any other kinds of addiction, addicts are driven to get it by any means necessary, and they can be quite reckless and thoughtless for their pursuit for the next fix—and they are usually helpless in their repeated cycles.

Late in the movie, Mahowny's psychiatrist asks him how much excitement he can get from gambling on a scale of 1 to 100, and Mahowny promptly answers 100. When the psychiatrist asks him about the most excitement he has ever experienced outside of gambling, he answers 20. As told in the epilogue, he eventually learns to live only with 20 for the rest of his life, but he pays a very big price for that.