My Brother, My Love 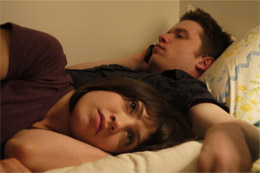 A quiet story of incestuous desire told with deadpan precision and a fair share of subliminal humor, "The Unspeakable Act" marks its writer-director's long-awaited cinematic breakthrough. Even though New York-based Dan Sallitt (born 1955) has been making movies from the mid-1980s on (he had three under his belt before this one), his media presence has been unduly under-the-radar throughout that period. With the new movie scooping The Independent Visions Prize at the 2012 Sarasota Film Festival, and then being picked up by Edinburgh, Karlovy Vary and - most notably - BAMcinemaFest (where it plays 24 June at 9:30 PM), it's high time to put Sallitt on the map of highly original independent American filmmakers, which is where he'd belonged right from the start.

An erstwhile film reviewer for "Los Angeles Reader," a lifelong cinephile and a supreme dispenser of careful critical judgment (which he shares on his blog, "Thanks for the Use of the Hall"), Sallitt writes and edits his movies as well, thus investing them with a highly personal tone. Right from his very first feature, "Polly Perverse Strikes Again!" (1986) - even though he subsequently all but disavowed it - he's been interested in feminine self-discovery and the tension between transgressive and conventional behavior. In both "Honeymoon" (1998) and the sublime "All the Ships at Sea" (2004), he employed a semi-Rohmerian approach of allowing his characters to speak for themselves at length, all the while scrutinizing the process of moral realizations each of them makes.

Sallitt's fine-tuned dialogue is as far as it can be from mumblecory ramblings, with the language serving as a potent means of self-knowledge. (Still, he's a big champion of Joe Swanberg, the King of Mumblecore.) His new film employs a voice-over, spoken unaffectedly by the 17-year-old Jackie (Tallie Medel). She tells a story of being infatuated with her older brother Matthew (Sky Hirschkron) and dealing with his leaving home for college. The siblings are very close to one another, sharing intimate moments and even discussing the eponymous act ("the I word," Jackie calls it). From the very start, it's clear that the desire is entirely on Jackie's side. Still, Matthew is a loving, understanding brother of exceptional intelligence, who helps his sister to slowly move on, so that she finally allows herself to desire someone besides him. 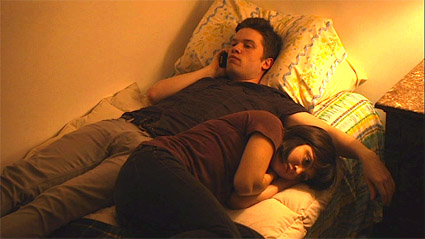 However contemporary in its nowadays-Brooklyn setting, the films has an air of studied timelessness about it. There's no extradiegetic music, and Sallitt feels as comfortable with lengthy dialogue as he does with long stretches of silence. His directorial style is deliberate - even consummate on closer inspection - but at the same time remains deceptively uninfected. Emotion and behavior are not stressed the way one would expect: Sallitt doesn't force his actors to thread the usual path of strenuously signaling all the underlying mental processes their characters go through. At times, a whole scene will play out with the actors merely delivering their lines, seemingly without acting at all. Emotional life is rarely worn on anyone's sleeve in SallittLand. 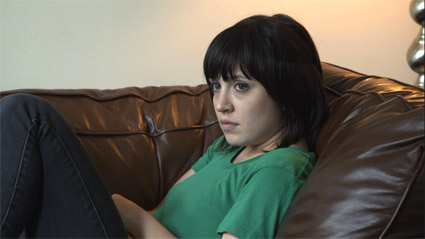 Playing the lead part, the young actress Tallie Medel is a revelation. Part a pudgier version of Anna Karina, part a Liza Minnelli-kook forever on the verge of going wild, she has a feline air about her that makes her seem as voluptuous as she's vulnerable. The humor of the movie (more chuckle-than guffaw-drawing, but constant nevertheless) stems largely from Jackie's willingness to be outspoken about her incestuous desire to people in her family; most notably to Matthew, but also to her slightly withdrawn mother. Her frankness feels like both a come-on and a defensive measure (had she been silent about it, her pain would have become unbearable). She enjoys putting people on the spot, and yet is easily agitated herself and can even become outright confrontational, which is best seen in the scenes with her therapist. When she informs her brother about losing her virginity with a boy she dates, she does so by e-mail, blandly typing "Defloration" in the topic field. Deadpan is her shield and her prison alike.

The theme of incestuous desire between siblings has been usually played either for its sensationalist value or in order to summon a high-concept romanticism of a doomed-love scenario. Not so in "The Unspeakable Act." The film's impact is rooted in its no-nonsense approach to sex, which it both refuses to mythologize and finds doggedly resistant to being explained away. Sallitt includes wonderfully directed patches of long sex conversations Jackie has with her girl friends (some of whom are no longer virgins, unlike Jackie at that point of the story), and one feels the complete naturalness of the dialogue that has been rarely (if ever) matched by such quip-laden fare of supposed erotic insight as "Sex and the City" and Co. 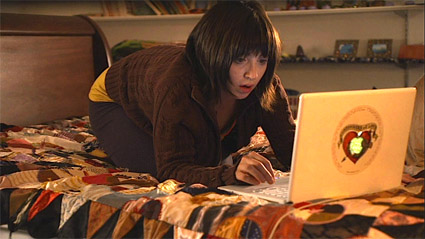 "The Unspeakable Act" does a terrific job of capturing a moment in its character's life when sex is all about curiosity, exploration and trepidation - but not hysteria. In the character of Jackie, Sallitt has created a believable portrait of a young woman slowly letting go of an insular notion of sex with her brother that she entertained for a long time, and which - even though discarded in the end - has played a part in her becoming who she is as a young adult. In a riveting scene towards the end (which felt similar in tone to the final scene of Eric Rohmer's "A Tale Of Springtime"), Jackie and Matthew have a frank conversation that allows the girl to let go of her fantasy. She cries, he admonishes her for doing so, and she replies: "I'm saying goodbye to something. You're supposed to cry when say goodbye". 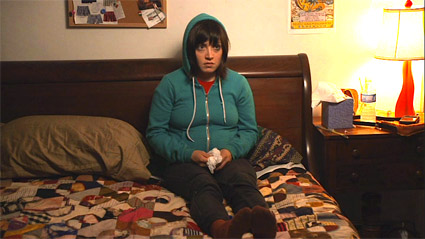 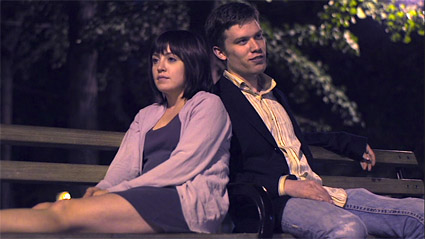 It's a beautiful scene of a character undergoing a crystal-clear, life-changing realization. "The Unspeakable Act" is dedicated "with the utmost gratitude" to Eric Rohmer, just as Sallitt's "All the Ships at Sea" was dedicated to Maurice Pialat. The film is much more than an homage; it's an idiosyncratic take on desire and change that goes into uncharted sexual territories Rohmer never dared to thread, and does so with a measure of elegant, fearless lucidity few directors are capable of mustering.