It's a bird! It's a plane! It's the superhero genre! 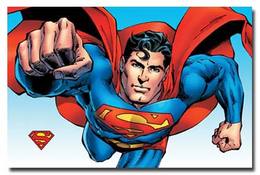 Back then, I could watch Max Fleischer's Superman cartoons forever and never get bored. Today, the case is almost the same. Oh, those films have some of the finest animation I've ever seen--even by today's standards, the animation is phenomenal, right from the fluidity of the movements of the characters to the uncanny weight of the objects. The characters and objects had shadows too.

Of course, back then, I was too young too care about the quality of the animation. Back then, all I cared for was Superman's heroics. How astonished I'd get when mild-mannered reporter Clark Kent said, "This looks like a job for Superman." At that moment, I would smile widely and try to ignore my hair standing on end. Clark Kent gets into a telephone booth--and gee-whiz, Superman comes out!

The same thing would happen in every single episode, but somehow it never got old. It always had that ability to get me excited--every time felt just as exhilarating as the first, just like when Popeye would gulp down his can of Spinach. Superman never failed to dazzle me as he flew "faster than a speeding bullet" and displayed his amazing strength-- "more powerful than a locomotive!" Those cartoons were really something.

And that music, oh what music! That hair-raising theme music as Superman flies into the air to save Lois Lane from the Mechanical Monsters or the city from the Mad Scientist! The delight I felt! The delight I still feel. 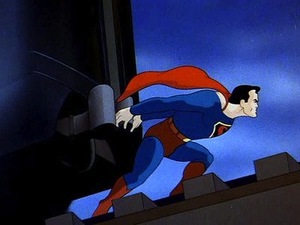 Those animated films made my young childhood years. They were produced in the 1940's; I savored them in the 1990's. All day long, I used to watch these Superman cartoons, never tiring of them. One day, my mother asked me, "Do you want to see a real Superman movie?" She went on to explain that what she was about to introduce to me was a "real Superman," not an animated one.

She pushed the VHS into the player. I held my breath. A few hours later, I was awestruck. I was spellbound. I believed a man could fly.

"Superman" (1978) was released in 1978. Made on a considerably high budget for its time, it was the first of its kind--no other superhero film had been created on such a large scale. While the traditional superhero TV show would have a few bank robbers and a car chase, "Superman: The Movie" went all the way; helicopter accidents, earthquakes, bridge collapses, dam explosions, nuclear bombs--and not in the noisy style we now acquaint action films with, but in a wonderful style aided by such brilliant skill, I'm not sure what words to use to describe it. Maybe the word I'm looking for is "charm." It's an old-fashioned film, sure, but that's what makes it so appealing. It's such a huge blockbuster, but it's somehow--innocent.

The origin story of Superman was told with such respect to the comics and the lore. Here was an opportunity for the film to become a victim of self-parody. Instead, it took itself seriously and yet not too much so. It managed to tell an epic story and add a great deal of wit to the proceedings. 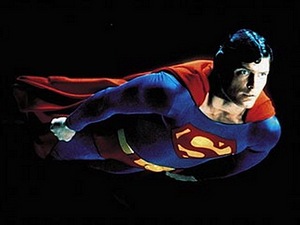 Many people reading this might not realize the significance of "Superman: The Movie." It is to the superhero genre what "Snow White" is to animation. It is literally the film that started the superhero film genre. Without it, there would be no "The Dark Knight," no "Batman," no "X-Men," no "Iron Man."

The special effects were outstanding, no doubt about it. Some blue screen effects, wires, and optical printers all worked together almost seamlessly to make our hero fly. The theme music is, like most of John Williams' themes, extremely memorable. The dialogue and plot is the ideal example of the superhero origin story. The look and feel of the entire film is spot on. All these things were strung together like clockwork to bring out a great film.

He was charmingly funny as bumbling reporter Clark Kent and so very awesome as Superman. Here, the difference between Superman and Clark Kent wasn't just the glasses and the hairdo like in the previous incarnations; it was everything-- the whole body language, the talking style, the charisma! I dare you not to smile with intense delight when you see Reeve in the Superman films. 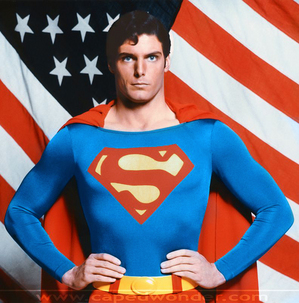 Seeing how much I absolutely loved the first film, my parents got me copies of Superman 2, 3 and 4. Those films tided me over, but not like the first film. Today, maturity has brought with it the realization that the sequels were nowhere near the original. Yes, "Superman II" was decent enough; it was wicked funny, but it lacked something. "Superman III" was absolute crap. "Superman IV: The Quest for Peace" is quite surely the worst superhero film I've ever seen.

So there I was, a little kid, gaping at the TV screen. Wow. I remember holding one of those old photo cameras and taking pictures of the TV with Superman in the frame--I loved Christopher Reeve's Superman that much. And a small part of me believed what I was seeing was true--a man could really fly, and he wore that costume while he was at it. My mother said it was a "real Superman." I took that as, "He really exists." Or at least I subconsciously wanted to.

But then there was my dad; he made sure he burst my bubble every time. "It's not real, okay? It's all a stunt." Those words hurt me back then. Even today, I wish it was all real. I'd like to think Christopher Reeve could fly around the world in seconds. Reality, of course, is different. He died an early death after being completely paralyzed from the neck down. I was just two when it happened. His horse refused to jump a fence in a horse race and he fell off and sustained a serious spinal injury that rendered him paralyzed. 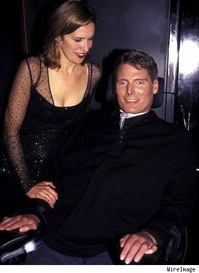 In the initial days after the accident, Reeves considered suicide. The pain was too much; his head and his spine were not connected, fluid was entering his lungs.

"Maybe we should let me go," he said to his wife, Dana.

"I am only going to say this once: I will support whatever you want to do, because this is your life, and your decision. But I want you to know that I'll be with you for the long haul, no matter what. You're still you. And I love you," his wife said to him. It's no wonder Reeve never thought about committing suicide again.

In fact, he got more hopeful. He went deep into research about stem cells, he daily worked on improving his physical and mental condition; and he was showing great progress too: he was able to breath for short periods of time without his ventilator, he regained his sense of feeling in most of his body, though he still couldn't move below the neck. He traveled around the world and spoke about the possibilities of regenerating stem cells in the future. And he never stopped believing that someday, he would stand.

"When John Kennedy promised that by the end of the 1960s we would put a man on the moon," Reeve told Time magazine, "everybody, including the scientists, shook their heads in dismay. But we did it. We can cure spinal-cord injuries too, if there's the will. What was possible in outer space is possible in inner space."

I remember reading something about all that in the papers. I used to look at pictures of him sitting in his wheelchair and think, "Why's Superman in a wheelchair?"

On October 10th 2004, Reeve had a heart attack and descended into a coma. He never flew out of it. I distinctly remember holding a copy of Young Time magazine and seeing a two-page spread of Christopher Reeve Superman photos. On turning the page, I learned that my hero had died. I never felt that sense of loss and shock over a celebrity death till just last year with the fall of the King of Pop.

In 2006, almost four decades after "Superman: The Movie" was released and two years after Reeve's death, Bryan Singer's "Superman Returns" was playing in theaters the world over. Though its look, music, costumes, special effects, plot, et all were great, the film was let down by soulless, hollow acting. No amount of special effects can make up for the fact that Brandon Routh is no Christopher Reeve. He is no Superman.

After "Superman Returns" didn't meet the expectations of the big heads at Warner Bros., there have been numerous rumors and stories being thrown around. Mark Millar wanted to do something with Superman. David S. Goyer was attached to a reboot of sorts. Christopher Nolan was deemed the Godfather of the new franchise. 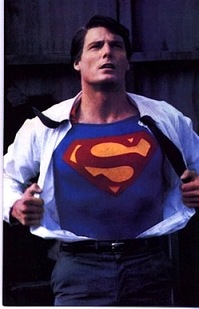 The online world is now abuzz with reports and opinions on what Zack Synder (the confirmed director of the Superman reboot) and Christopher Nolan are doing/going to do about the next Superman film. I, for one, am more concerned about who is going to play Superman next. Roger Ebert put across what I want to say in his review of 2006's "The Pink Panther" perfectly. He says, of Steve Martin's turn as Inspector Closeau, "Inspector Clouseau has been played by other actors before Steve Martin (Alan Arkin and Roger Moore), but what's the point? The character isn't bigger than the actor, as Batman and maybe James Bond are. The character is the actor, and I had rather not see Steve Martin, who is himself inimitable, imitating Sellers."

The same for Superman. The actors playing James Bond can keep switching, and they can keep changing the Batman actor every two to three movies too, but I can't see anyone but Christopher Reeve playing Superman. Look at Reeve in the original film and then look at Brandon Routh in "Superman Returns" and see what I mean.

My friends aren't particularly big fans of the Superman character. They say he's "too powerful, too boring, too gay." They complain that "he's no Batman, he's no Iron Man." The thing is--he isn't. He's Superman, and that's all he needs to be. And he's my superhero, right down to the red underwear. And Christopher Reeve had a huge role in making Superman mean so much to me.

Twenty years from now, my friends and I might have outgrown "The Dark Knight" and "X-Men" and "Spider-Man" and what not. But, mark my words, I don't think it is possible for me to ever outgrow "Superman: The Movie." How can you outgrow the thing that made your childhood?

I think we can agree that Christopher Reeve was a Superman on-screen and off. I might have said this before, but it needs saying. Christopher Reeve is Superman. And maybe, if you admired him as much as I did, the vice versa holds true too. 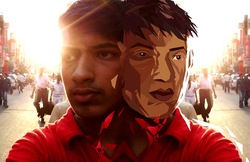 I was born in Bangalore, India, but am at present sadly stuck in the UAE. I have been obsessed with movies for as long as I can remember. I'm a lover of Steven Spielberg, Ray Harryhausen, Robert Zemeckis, Tom Hanks, Regina Spektor, The Eels, my mother's food and my imaginary girlfriend.

My YouTube channel can be found here. You can see my more recent amateur films here, although I rarely update that website now (due to laziness, a trait I'm known for). Oh, and I paint too. You can see some of my artwork here, on my blog. I'd like to think I can write as well.

I have learned most of what I know about movie making and criticism moseying around Wikipedia and watching the bonus features on those two-disc-special editions of films that are sold at 50% the price. I'm just seventeen, so be gentle with me.

The author at an early age 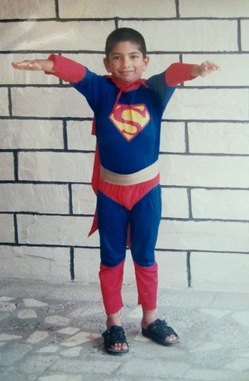 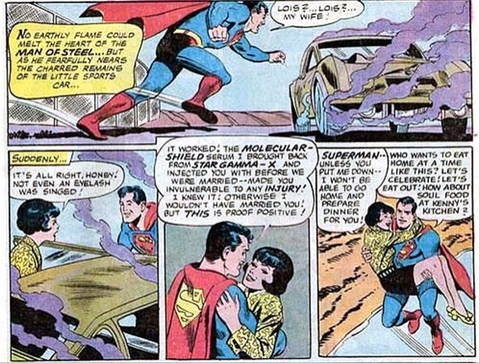