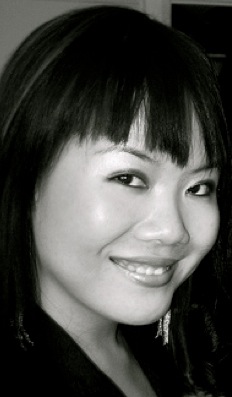 I am a dreamer, a traveler, a student, a teacher, a friend, a stranger, an Asian, a Canadian, a daughter, a woman, a photographer, a model, an immigrant, a citizen, a writer...but these are all just labels, and they wouldn't begin to tell you why I have an infinite love for hole-in-the-wall bars and coffee shops and black & white everything, or why live music of any kind just captivates me, or how Chinese novels move me in a way so deep that I wish every person in the world could understand the language, or why I can never ever hold back a smile watching the sun rise on a different continent.

If traveling is how one experiences reality, then writing is how I weave my dreams. It has always been the most natural, intimate, and truest expression of myself. And we all just want to tell our own stories in this lifetime, don't we?

It's like breathing, and as clichéd as that sounds, how can you explain why you need to breathe?

My love affair with film runs long and deep, and is inexplicably intertwined with my respect for the power of language.

In a way, cinema is an entire language of its own, elevating the written words from their pages into a multi-dimension visceral experience. I won't claim that movies are better than books. But a great one can be. And it is always fascinating to watch creative, passionate people attempt to reach greatness.

The world is a playground, life is pushing my swing...and cinema is the wind that caresses my face, breezes through my hair, and lifts me up, higher and higher.

Sanborn: but you realize that every time you suit up, every time we go out, it's life or death, you roll the dice...and you deal with it, you recognize that, don't you?

•
I had the privilege of seeing this film at TIFF 2008, at Ryerson theater at 9am in the morning. Bigelow joked before the start of the film that this is not something that particularly whets most people's appetite at 9 in the morning, but quite the opposite, I found that in my wary, freshly caffeinated brain, "
Advertisement
The Hurt Locker" just burned into it with a clear ferocity that left me forever inked. I loved that movie. It probably stands shoulder to shoulder besides "Slumdog Millionaire" as my two favorites of the year. Funny if you think about it though - one is about as idealistic and hopeful as a drama can be, and the other is so so real, and realistic, and melancholy. Both however, carry a sort of sweetness that can only be tasted in the aftermath, with a touch of bitterness that enhance the flavor...most tenderly.

"The Hurt Locker," the most recent film by Kathryn Bigelow, takes place in Iraq, in the midst of war. A war that is not foreign, or imaginary, or historic, a war that is going on this very second as I'm typing this. In this age of lightening fast transmissions and instantaneous communication, it's interesting to note that a war that costs billions of dollars in tax payer money, thousands in human casualty, and momentous changes in the laws that govern the society we live in, barely touches so many of our lives on a daily basis, visibly, at least.

I remember exactly the day I saw it. September 10, 2008. I stumbled out of bed at some ungodly hour, pulled myself together (sort of), and made my way towards Ryerson theater, large americano in hand. The film opened with a bomb, and a team in the process of trying to disarm it - nothing I haven't seen before in a war film about bombs. I was wary. I waited. And as the minutes passed, I was sucked in, into the world of James, a bomb disposal expert who is so deeply absorbed in the world of bombs and explosions that he barely knows how to function in the human one that he resides in. I was fascinated, by the set up of a bomb squad, which only consists of three members, whose every action is intimately connected to each other's survival. I was mesmerized, by the palpable tension in every shot, the solidarity of each character that brims each frame. There are so much that are unsaid, but everything is so blatantly in plain view.

I won't go through the plot, because although it's interesting and well written, it's not the highlight of the film. The heart of the piece lies in its characters - James (Jeremy Renner), Sanborn (Anthony Mackie), Eldridge (Brian Geraghty), the Colonel (David Morse), each playing his part in this game of war. It is a game, after all, isn't it? Troops are sent in as pawns. Traps are set. Destruction is primed. People try to stop it or die trying. All for what? The overall purpose of winning....what exactly? For each of the guys who plays a role in this game of war, their personal purpose, the only one they can try to control, is just to survive today, until tomorrow comes.

It's easy to like James. He is the hero, saving lives every day. Jeremy Renner plays him with a tenacity that deserves an academy award nomination if not win. We see him being firm to the enemy, not brutal. We see him playing heartily with a DVD selling Iraqi kid. We see his leadership, his quiet dignity in a scene where the squad is trapped in the sand, waiting out the enemy under the hot desert sun. Contrast his actions with that of Eldridge, and we see a man's true color under fire.

In one scene, a Colonel approaches James after he disarms a bomb, high on glee and enthusiasm, asks to shake his hand and the number of bombs that he has disarmed. Upon hearing James' answer he exclaims loudly that James is a "wild man." I remember feeling incredulous when I first watched that scene...like I didn't know whether to laugh or cry. Laugh at the terrifying sheer joy that the Colonel takes from watching a man who just went to the brink of death and back, or cry at his oblivious ignorance of the underlying cause of James' "wildness," so to speak. He is not wild. He just doesn't know how to be anything else.

His whole life has succumbed to the ticking of time and the bid and tide of adrenaline and tension that winds it. Those are the rules that James lives by, the hills he run, the waves that he rides. I don't think he thinks of himself as "wild." Wild to me denotes a certain feeling of true freedom, and I think that is a notion as foreign to James as the winter is to the desert. If anything, it's a freedom that can only be translated in the lonesomeness of his self and his profession, which no one seems to be able to touch, even after all the armor has been stripped away.

In one particular moment, which I almost missed in the first viewing and only caught the second time around, James watches his son in play, and wonders how he loves so many things so easily. "By the time you get to my age," He said, "maybe it is only one or two things." James pauses. "For me I think it's one."

"The Hurt Locker" is a film about war, but it really is a film about the humanity in war, and the struggle between the two. We see a man who loves his country being entrenched so deeply into his role as part of the fabric of war that he no longer knows how to exists outside of it. He is a good man. A strong man. A brave man. But he is also just a shell of a man. A product of the system he serves. His survival depends as much on his ability to disarm the bombs as in their mere existence. What happens when the war ends? When he has to return home to face his child and wife, permanently? Will he know how to relate to his son the joys and sorrows of his life? Will he learn to love more than one thing in his life...again? I hope so.

When I first heard the name "The Hurt Locker," it immediately conjured up images of a world of pain, and being trapped within. Having now seen the film, I realize that it's a place locked not from the outside, but from within - a cocoon. We all have our own hurt locker...you know, that dark, comfortable place that you go to, that space you sink into, a secret garden of your pain and sorrow and regret and guilt, growing into a forest too dense for anyone else to forge into. It is a cocoon of pain. But it's also a familiar pain - you know how it feels, how it moves, how it molds, and it is yours, and no one else's. And when the world can explode at any moment, being inside the vortex, inside the hurt locker, is maybe not so bad.

You are the sleeping beauty, and outside is just the functional façade that faces this cold, cold world.