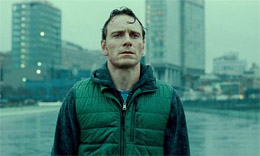 There's a Someecards meme floating around that reads, "If I don't have sex with you, I'm a prude. If I use the pill, I'm a slut. If I get pregnant, I'm an idiot. And if I choose abortion, I'm Satan." That's the sum of our attitude towards female sexuality, but the movie "Shame" (2011) assures us that men suffering from sex addiction will earn comparable condemnations.

"Shame" is essentially a well-shot after-school special. It has all the ingredients: a clearly subversive lifestyle; a protagonist - Brandon - who partakes in clandestine activities to carry out this lifestyle; and the resulting martyrdom of an innocent bystander, Brandon's suicidal sister Sissy.

If Brandon hadn't paid prostitutes, would we even characterize his behavior as shameful? Taking the hypotheticals further, would he have been judged similarly in countries where prostitution is legal?

Movies about other kinds of addictions rarely have titles that so pointedly decree ethics on the matter. "When A Man Loves A Woman" celebrates a man's tenacity in the face of his wife's alcoholism. That he stands by her despite it is evidence of his devotion. "Rush" doesn't glamorize heroin, but its title hints at what draws the main characters in. Other movies about drug addiction? "Drugstore Cowboy," "The Basketball Diaries," "Pure."

Consider the connotations: if you stand by your alcoholic wife, you *really* love her. Drugs are a rush. Drugs are for cowboys. Drugs are for jocks. Drugs are pure. Okay, so there's "Less Than Zero" and "Requiem for a Dream," but out of context, these titles are ambiguous.

None of the movies I mention paint addiction in a desirable light, yet the titles provide some room for empathy. But when it comes to a man addicted to sex, that calls for "Shame." 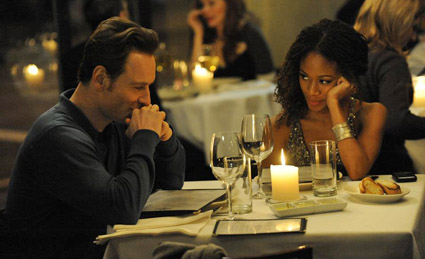 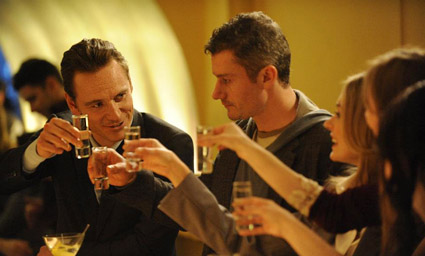 Quebec filmmaker Denis Côté calls "Shame" an "old-fashioned numbing exercise in Puritanism." Upon closer observation, the film's moral lens seems slightly skewed. Consider the scene when Brandon makes an attempt at dating. He honestly tells the woman he doesn't understand long-term relationships or monogamy, and he doesn't try to pretend otherwise. While he's slightly anti-social, he at least tells his date exactly what he's looking for and seeks gratification in places where he can get it without hurting anyone else.

As for Brandon's married-with-children boss, his womanizing quickly gets swept under the rug. In fact, the person who reaps the blame for his dalliances is Sissy, who isn't even aware that Brandon's boss has dallied by sleeping with her.

His obsession with sex makes it impossible for him to connect with people. He's especially cruel to his sister. But is that any more or less disgraceful than a chemical dependency? His conduct is consistent with that of any addict. That the drug of choice is sex shouldn't make it more appalling, but from the onset - from the title sequence - it's framed in shame.

In the tradition of many films before "Shame," Brandon's yuppie status exists solely to justify swanky surroundings, and thus accommodate stunning cinematography. Otherwise, his estimated $1,500-a-week prostitution habit (with a dash of cocaine) doesn't burden his bank account. If it does, Brandon isn't concerned. And why should he be? The movie's gorgeous! 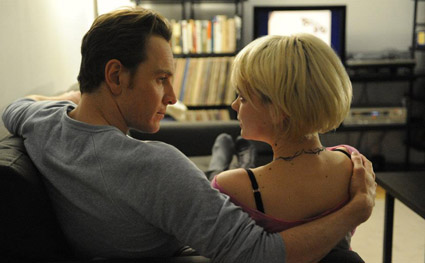 The "Diagnostic and Statistical Manual of Mental Disorders" is on the verge of publishing its fifth edition. While its updates haven't been confirmed, the "Scientific American" reports that it may very well include Hypersexual Disorder.

Even if it's acknowledged as a legitimate condition, I wonder how much it'll change North America's selectively prudish stance on sexuality. As it stands, "Shame" links sex addiction with a rejection of monogamy and committed relationships, as though it takes a compulsion to harbor those views. Oh, and infidelity is the mistress's fault.

Brandon is a bit like the typically loopy homosexuals that were depicted in movies before the '80s: he's a caricature of someone who doesn't really exist. Unfortunately, sex addiction is a real problem and "Shame" doesn't care to deal with it honestly. To get a better handle on the issue, I recommend reading an earlier essay on the same movie by fellow Far-Flung Correspondents Pablo Villaça. He offers more non-judgmental insights on Brandon's struggle than the film dares.