A prisoner of pleasure 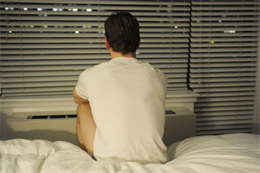 On the subway, the beautiful woman returns his gaze with a smile. Noticing the desire of the man before her, she crosses her legs suggestively, indicating an awareness of what's happening while waiting for a more direct approach. Gradually, however, something occurs to her: the man is not smiling nor showing any sign that he's enjoying the pleasure of mutual seduction, seeming only interested in establishing the possibility of sex before making any move. Suddenly, the situation becomes unbearably uncomfortable and the girl, not understanding exactly what goes on his mind, runs out of the car, fearing the cool evaluation of that look.

Taking place in the first minutes of Shame, this scene firmly punctuates the nature of its protagonist, Brandon Sullivan (Fassbender): absolutely addicted to sex, he constantly thinks about having orgasms, dedicating himself to the pursuit of sex with the same commitment with which he masturbates, hires prostitutes or visits pornographic chat rooms - and if the expression "sex addict" seems odd, since one typically doesn't think of dependency when dealing with something that sounds that natural and pleasurable, it's because we often forget that this is precisely the nature of addiction: when the pleasure turns into obsession.

Written by director Steve McQueen alongside Abi Morgan (the writer of the dreadful "The Iron Lady"), Shame reunites the director and the protagonist of the disturbing Hunger, Michael Fassbender, in a complex and sad character study that is centered around a man for whom an orgasm is just a dose of his favorite drug. No wonder that Brandon looks at the girl in the subway car with the intensity of a drug addict: in front of him is not a possible source of emotional or even sexual pleasure, but a creature that is both the supplier of his drug of choice and the drug itself - and no one romanticizes a drug dealer.

Divorced from any emotional attachment, the protagonist of the film is a man who expresses his commitment to impersonality through the lifeless clothes he wears and through his apartment devoid of decoration, pictures or color - and therefore, when his little sister gets into his daily life by bringing her colorful clothes and her dependent nature, Brandon reacts with anger and confusion. However, even if the fragile Sissy (Mulligan) pursues her ex-romantic partners with a diligence that is similar to that of her brother when avoiding any trace of romanticism, both siblings are presented as deeply bruised human beings with a penchant for self-destruction, sharing a clearly traumatic past whose circumstances don't need to be explained by the screenplay in order for us to understand the psychological scars they left. 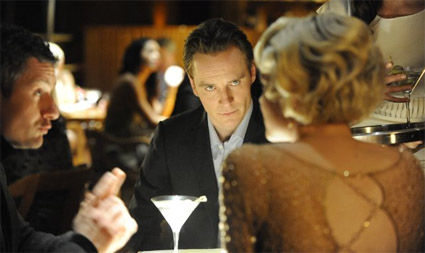 Portrayed by Fassbender as an individual who invests in his daily routine as a way of putting some order in his life, Brandon doesn't hesitate to cut out any kind of emotional connection even at its roots - and if he says he doesn't believe in monogamy or marriage, the fact is that this is just a cheap rationalization for what really frightens him: depending on the affection of another person. And it's not difficult to understand his view, since, besides his obviously problematic past, the closest example he has of a nuclear family comes from his friend and boss, who is married but never tires of chasing women while maintaining a distant dynamic with his son through Skype. So when Brandon is betrayed by his member when trying to have sex with a woman that really interests him, he reveals a lot about himself by regaining his erection in the next moment with a prostitute, since his impotence is not physical, but emotional.

Constantly inhabiting the corners of the screen and even being frequently cut in half by McQueen and cinematographer Sean Bobbitt, Brandon is literally represented by the film as an incomplete man trapped by loneliness - and, likewise, we must admire the intelligence of the filmmakers when shooting his various sexual interests through extremely close shots that show us arms, legs and details of the face, rarely showing those women as complete figures and thereby depersonalizing them just like Brandon does. And if at one point the protagonist seems to be satisfied in a threesome, McQueen excludes any trace of eroticism of the scene by shooting those bodies and their movements in a mechanical and distressing way, contrasting them to the complex expression on the protagonist's face, who seems to be experiencing a combination of pain and sorrow while searching for another orgasm.

Thus, it would be a mistake to see Brandon as a "womanizer", since, for him, his partners are just an accessory - an optional one - in the quest for the next ejaculation. In this sense, it would even be incorrect to define him as straight, gay or bisexual, for gender is a concept that doesn't really matter to someone who only requires the stimulus of a cavity - and following this man's path towards the possibility of a real connection is an experience that Shame gently offers through long shots that highlight the discomfort of a first date or Brandon's sad realization that there is a reason why his sister can turn "New York, New York," the most defiant of the songs, into a sad and resigned lament, as both of them have already come to the city defeated by their pasts and by their particular difficulties in the face of love. 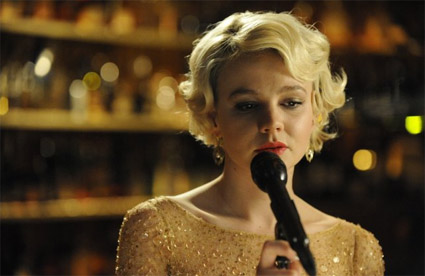 And even though Brandon leave us without getting rid of his personal demons, the simple melancholic void in his eyes now serves as an indication of at least a clearer understanding about his own nature. And like any expert on addiction would tell us, the recognition of having a problem is the first step towards recovery - which, in the case of Shame's protagonist, would be the ability of rediscovering that an orgasm is more than a physical sensation in the vacuum, but a communion with another human being.