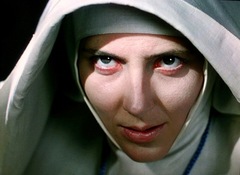 Post World War II British Cinema was one of the richest periods in film history. Finally free from budget and stylistic constraints saddled during wartime, some of the greatest filmmaking talent the filmdom had arisen. John and Roy Boulting, David Lean, Laurence Olivier, and Carol Reed were just a few of the notables whose directorial prowess had struck the scene. But a pair which was the period's most prolific was Michael Powell and Emeric Pressburger; The Archers.

Their imprint on British Cinema is almost without peer, and their influence on filmmakers around the world is felt even today, inspiring such directors as George Romero, Francis Ford Coppola, and Martin Scorsese. Though both Powell and Pressburger were credited with the direction of their films, it was Powell who was truly at the helm. In his later years, he and Scorsese became quite close, with Scorsese becoming his most ardent enthusiast and eventual protégé (It was Powell who advised Scorsese why "Raging Bull" ought to be in Black & White).

Swiss film historian Fredrik Gustafsson describes Powell's work in post-WW2 as having a quality of "extravagant dreamlike passion." One such example is their 1947 production of "Black Narcissus," a movie which propelled Deborah Kerr to stardom and featured a burgeoning Jean Simmons. Watching it for the first time made me understand the techniques and inspirations imprinted in many of Scorsese's own masterpieces.

The film tells the story of a group of Anglican nuns who assigned to a remote palace near the Himalayas. Once there, they are tasked to form a school and hospital to develop and convert the indigenous Indian township. The group is headed by Sister Clodagh (Deborah Kerr), the youngest Sister Superior of her order. There, she is to work with the handsome local British agent named Dean (David Farrar), who has lived with the locals for some time and is skeptical of any efforts to 'modernize' them. Dean's charms seem to have some effect on Sister Clodagh, but they also ignite the buried passions of Sister Ruth (Kathleen Byron) who becomes increasingly jealous of her superior. 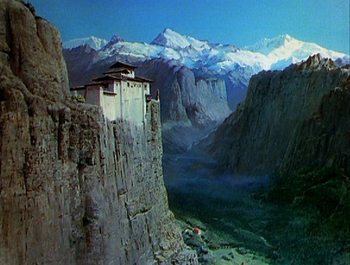 This emotional conflict is one of many that eats away at nearly all of the film's characters. Clodagh's relationship with Dean reminds her of her ill-fated longings for a former friend. Ruth, who was emotionally disturbed even before joining the expedition seems to become completely unhinged once Dean shows her an act of kindness which she might have been seeking for so long. And Dean himself, a charming cynic who has seen-it-all, appears to surprise himself with how much he grows to care and admire Sister Clodagh's resolve, however misplaced it may be.

The other nuns aren't free of doubt. Local practices and beliefs undermine their deeds. Acts of compassion are misinterpreted and distrusted. Goals aren't met and pressures grow. Their inner turmoil is exacerbated by extreme conditions and isolation. The world seems against them all, symbolized by a budding seduction: a vain young General (Sabu) eager to learn the "learned" Christian ways, tempted by the lower caste beauty Kanchi (Jean Simmons). It's holiness against the libido, civility against the wild, control vs. desire. 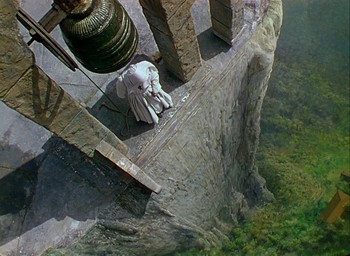 This burning, fervent, internal strife, builds continuously towards the film's almost gothic climax. To see the film progress from cold and indifferent to brooding and almost supernatural shows Powell's mastery of tone. He depicts the nuns' mountain enclave as an ashen and distant; colorless as the sisterhood's singular devotion to their vocation. The local Indian populace is backdropped with vibrant color, looking more natural and lively. But it is in the second half of the film where Powell's use of Technicolor is stunning. The introduction of the more vibrant hues dominate the film. The use of red is feverish and is as effective and foreboding as Nicholas Roeg's "Don't Look Now." Even the absence of color and use of shadows serves a purpose that would make any horror movie lover proud, once Sister Clodagh and Sister Ruth have their final face-off.

It is Clodagh and Ruth who come to embody the film's mesmerizing conflict, becoming mirror images; extremes of human nature. Powell uses close-ups of both players to reveal Clodagh's uncertainty and Ruth's blind wantonness. Many have noted Kathleen Byron's portrayal of Ruth as over the top, but it never seems out of line with the film's mood, perhaps because her hostility feel right in sync with that of her environment's. The story's feel is remarkably consistent if not completely realistic. 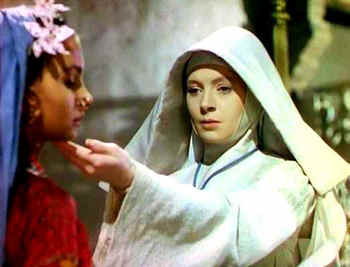 These traits are the very essence of many of Martin Scorsese's masterpieces: the emotional if not physical violence which drives his characters to do what they do. To see them in Michael Powell's work provides a moment of clarity. Film critic Dave Kehr suggests that "Black Narcissus" should be taken with the historical context of Britain bidding farewell to their fading empire, and indeed that is an interesting point of view. But I like to view it as a film ahead of its time, daring enough to look puritanical figures that are in truth as frail as anyone; confronting their demons and the burdens of reality. It has all of the three central conflicts every story should have, man against the world, man against man, and man against himself.

P.S. The film's title comes from a British perfume which the young General uses. It's scent taken from a flower, named after a Greek mythological youth of the same name, who died of his own vanity.

••Michael Mirasol is a Filipino film critic whose blog is at The Flipcritic. You can follow him on Twitter. •••••••
Advertisement