Rakeysh Omprakash Mehra’s “Bhaag Milkha Bhaag” (“Run Milkha Run” [2013]) is a classic Hollywood sports underdog story in the tradition of “Rudy,” “Hoosiers” and “42.” The difference, however, is that this is Bollywood. Meaning, the film is about a real Indian national hero, dressed in full turban. It is three hours long. Many loose ends in the plot remain untied. Everything from the acting, to the score, to the editing is so exaggerated that the climax seems subdued. And, of course, everyone periodically breaks out into shoulder-bouncing dance. On any given day, I would rather watch this movie than a film about giant alien robots punching each other when they are not transformed into cars and planes. But, that is the difference, for Hollywood films celebrate conquest. Bollywood films celebrate life.

We tend to know the Indians for technology, food and, of course, pop film culture. But, for a small period in the middle of the twentieth century, they produced an Olympic sprinter. Milkha Singh (Farhan Akhtar, amiable in sculpted physique) was an innocent lad growing up in a devout Sikh household in a small village, until Partition split the Subcontinent into two nations. Escaping into India, he made his way through life as a hoodlum. He finds love, but is rejected as a two-bit thug. He enlists in the military, straightens his behavior, and gains the opportunity to run short distances for the Indian national team. He goes on to break records, until falling short in the 1960 Olympics in Rome.

Now, the leaders of India and Pakistan propose a friendly competition between the athletes of the two nations, with the climax being a final showdown in the 400 meter run, featuring Milkha against Pakistan’s best racer.  Milkha, living in hiding after his Olympic disappointment, refuses to join the race.  On the train to his home, hoping to convince him to run, leaders of the Indian national team tell us his story. 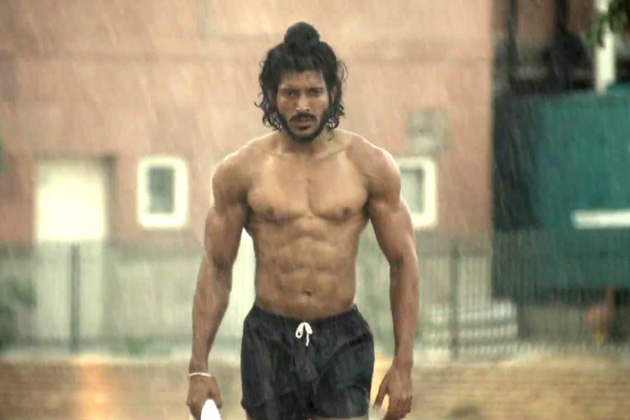 As is too often the case in such movies, the hero gets elevated and sanctified as quickly as the opposing population gets vilified. Here the Pakistanis are villains, mainly because they are Pakistani. We have seen this before. Attenborough’s “Gandhi” (1982) laughably depicts the Muslims of the Pakistan movement as angry warmongers. Similarly, the otherwise great “Ip Man” (2008, Wilson Yip) features Bruce Lee’s Chinese teacher leading the country in a martial arts match against the apparently evil Japanese. The same happens in “Jet Li’s Fearless” (2006, Ronny Yu). Even Bertolucci’s “The Last Emperor” (1987) falls into the same nationalism against the Japanese, while being kind to the British, who were definitely not the friends of the Chinese over the past few centuries. Similarly, this film admires the Australians as much as it vilifies the neighbors to the West. At least the Pakistanis involve themselves in no deceit.

Further, the Sikhs have a special place in my heart because of their experiences in post 9/11 America. Despite a presence in the US dating back nearly a century and a half, they are now frequently attacked by bigots for their resemblance to Muslims. Spike Lee’s “Inside Man” (2006) speaks to this in a brief scene as Waris Ahluwalia gets arrested and interrogated, with his sacred turban torn off, confused for being a Muslim. Ahluwalia himself was the star of a Gap clothing campaign that was vandalized because dimwits saw his turban (which he wears in all of his movies) and thought he was Muslim. I was publicly brought to tears a few years ago speaking on an interfaith panel, which happened to take place shortly after a White Supremacist opened fire on Sikhs at their temple near Milwaukee. In the Q&A after our panel, a Sikh gentleman asked what he can do to fight Islamophobia. The murder of his own people was still fresh in my mind, and here he was asking what he can do to help me. And, I broke down. 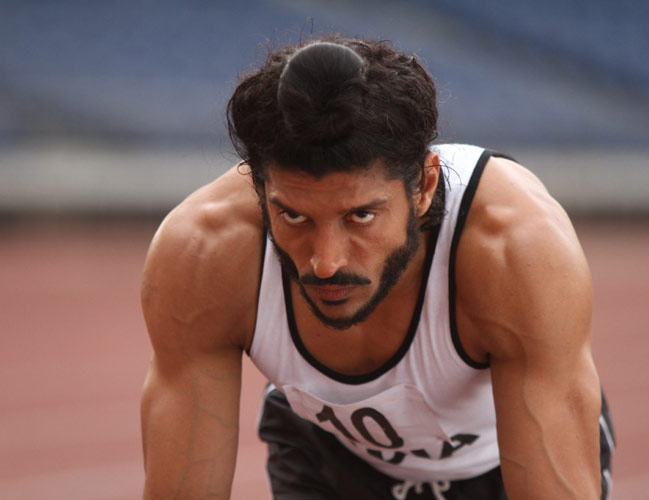 This film, however, is selective in its memory. The great tragedy of Singh’s life was partition, and the corresponding executions of his family members. The result was a set of personal demons that kept haunting him, reminiscent of Bruce Lee’s visions in “Dragon: The Bruce Lee Story” (1993, Cohen). I have no reason to doubt that. The problem, however, is that Indian persecution of Sikhs in Punjab during and since Partition is own national travesty.  This oppression motivated the already decades old movement for an autonomous Sikh state “Khalistan.” After two Sikhs murdered Indira Gandhi, the community suffered a literal genocide against the Sikhs in India in the mid 1980s.

The problem of depictions is not limited to historical memory. As is commonly the case in Hollywood and Bollywood, women have little presence in this film beyond plot devices, eye candy and dancing. His mother, sister and three various love interests are all one-dimensional, though Milkha’s affair with an Australian breaks a number of conventions of modesty I was not expecting.

But, despite all of that, there is something so friendly in the performances by Farhan Akhtar and young Japtej Singh performing as Milkha old and young that it is easy to overlook everything else. They are so likable and curious, exploring a world much larger than their own, that it is hard to dislike them and this film. Racing through sequences lifted from “Rocky III,” “Rocky IV” and “Secretariat,” Milkha is an Indian Forrest Gump: a straightforward, innocent, young man running to escape harm, then running to gain a sense of dignity, then running to excite a nation. All in all, the film shows us that a genuine, friendly, happy quality can always win us over. Maybe that is something the robots need to learn.