Allenville: A nice place to visit 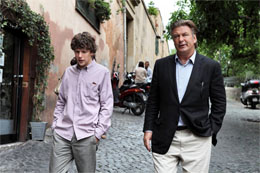 Judging from the overwhelmingly tepid critical reaction that "To Rome with Love" has been getting since it opened in Poland, European film critics seem to take offense at what they describe as glossy, superficial way of presenting their continent in Woody Allen's recent movies. I know a Spanish film buff who hated (hated, hated) "Vicky Cristina Barcelona," as well as a Parisian who despised "Midnight in Paris." Clearly, there's something about the way Allen shoots European cities that many of their natives object to. They hate how prettified and inane their stomping grounds look on the screen (mere sightseeing folders, they say). And yet they never minded when New York was getting the same kind of Allen treatment back in the day. It seems we're much more comfortable with mythologizing someone else's home than we are with other people sprinkling glitter on ours.

It's useful to realize, I think, that contrary to his frequently place-specific titles (Manhattan, Broadway, Cairo and Paris were all seen making appearances in the elegant Allen font), the director's true realm has always been a fantasy. Allenville is a secular haven ruled by artists and intellectuals. His movies are as urbane as they're rarely ever urban - they often take place in big cities, but they're almost never interested in presenting anything that would suggest their locations' nasty underbellies. You'd never know "Manhattan" was made in the same city Walter Hill shot "The Warriors" in (the same year, no less). And even though Allen gets a lot of heat for his greenhouse obliviousness to class diversity, I think he's as much entitled to spin this particular fantasy as Hill was to his. Allen uses postcard beauty the way Von Sternberg used artificial lighting - there's something about shallow presentation of fetching clichés he finds irresistible, and he takes visible pleasure in placing his character amidst iconic objects. 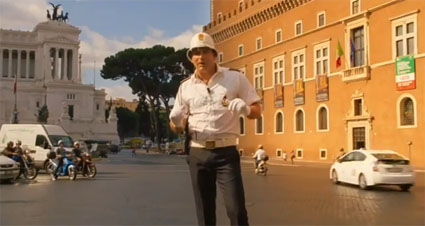 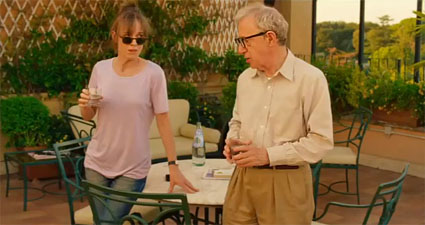 "To Rome with Love" is Allen's "Three Coins in the Fountain," which he already pillaged for plot ideas back in "Everyone Says I Love You" - namely a Rome-based, luxury-tinted rumination of the instability and pain caused by the condition called amoré. The multiple narrative strands aren't even woven together properly - we simply jump from one to the other without care for any kind of recognizable time frame, as Allen seems too lazy to piece them together into any intricate structure. Instead, the movie plays as if the director was flipping channels of his own creative imagination. We get plenty of recycled stuff, along with some fresher insights sprinkled here and there for extra sheen. 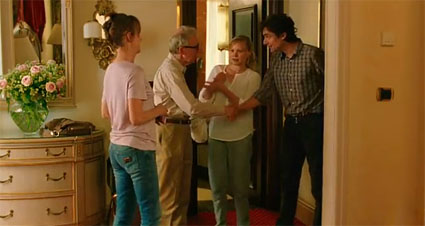 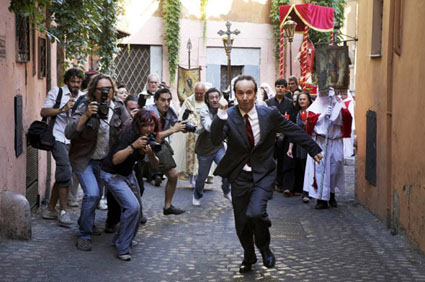 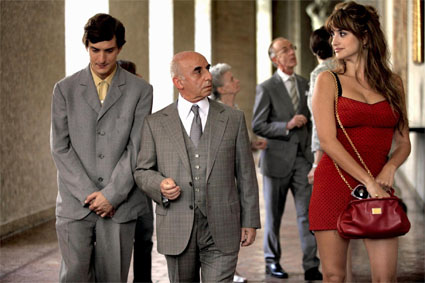 The effect worked for me - except when it didn't. Still, I'm much more forgiving to Allen than I am to many other directors: his sheer productiveness makes for a fascinating experiment, pretty much unparalleled in contemporary cinema. As he steadily churns out a movie a year no matter what, Allen is a living example of what Manny Farber called the termite artist: interested less in perfection and uniqueness than in pressing on with project after project after project. The way his latest movies illuminate and comment upon one another (with "Scoop" being a comedic version of "Match Point," etc.), makes for hours of fun parallel-drawing, which happens to be any film critic's favorite parlor game.

After all those years and movies, Allen still seems equally daunted by love and death alike (to quote one of his most revelatory titles), and remains forever fazed by the way people send their comfy lives down the drain for the sake of fleeting affection. "To Rome with Love" may be painfully hit-or-miss at times, but for me, there's no denying the power of one particular story: that of Jesse Eisenberg's young architect, Jack, falling for Ellen Page's phony and sexy Monica. Everything about the setting of this story seems artificial (do architects still use those huge drawing boards Jack leans over with a pencil in his hand?), but the core rings amazingly true. Jack is about to destroy a nurturing relationship with Sally (Greta Gerwig playing "reliable" is a feat in its own right), for the sake of a thrilling possibility of tuning into Monica's screwed-up frequency. 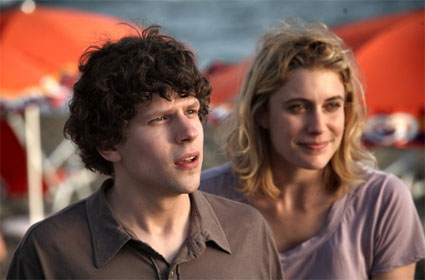 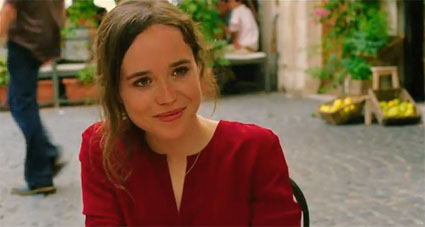 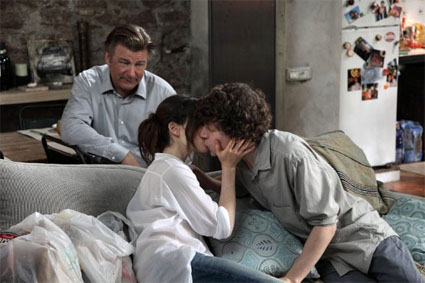 He knows nothing good will come out of it: his own conscience, taking the form of a one-man Greek choir played by Alec Baldwin, tells him so. Baldwin looks both exasperated and amused throughout the movie, for he knows what's in store for Eisenberg and yet he recognizes his mistake as unavoidable. When it comes to falling in love, we're all helpless fools - and one of Allen's continuing talents is to turn that helplessness into a form of hyper-articulate comedy. His characters are great at justifying their follies and much worse at steering clear of them. 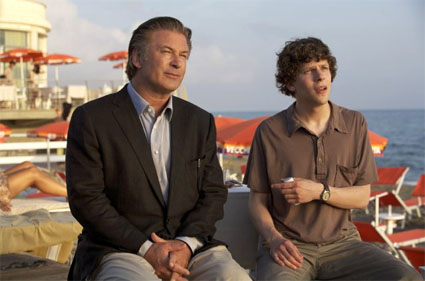 Woody Allen's movies - also thanks to their numerousness - are nothing less but a form of secular incantation, delivered in a yearly rhythm and impressively uniform in its tone. By restating his doubts and fears over and over, Allen hopes to wish away the fleeting nature of human happiness, which seems forever belong to our past more than to our present (nostalgia is his truly big theme). "To Rome with Love," with all its clichés and predictable turns - many of which outstaying their welcome as they do - is as personal a work as "Annie Hall," and will fare best with the critical crowd not set on the idea of innovation as a touchstone of artistic value. Allen is his own old self in "To Rome with Love," and the anxieties he injects into it are as real as ever. Take him or leave him, the guy's a genuine article - as nagging as he can be endearing - and I decided long ago to stick with the guy.