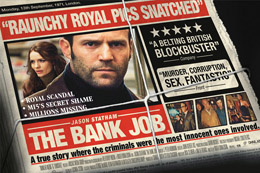 One of the best things that can happen to a moviegoer is showing up expecting a standard genre film and ending up seeing something better. This was my experience with Roger Donaldson's "The Bank Job" which at first sight seemed like just another Hollywood caper movie in which the inevitable elements could be timed with a stopwatch.

In the first chapter we always get to meet the team leader, learn his motives and be introduced to the other members of the group, each with their own individual eccentric personalities and a single unique talent indispensable to the success of the heist. (If the picture takes place today, one of them will surely be a computer nerd.) In the second stage we learn about the big score and the almost insurmountable obstacles the group will have to overcome. In the third, complications will arise but the team will manage to beat the odds and persevere, with happy ever-afters to finish. 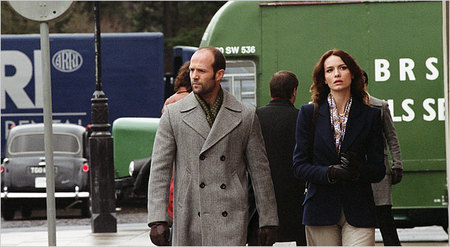 The particular interest in each of these movies is usually the ingenuity and difficulty of the plan and the appeal of the players, be it a superstar in every role as in the "Ocean's" series or the fact that they're using Mini-Coopers to pull the job, and so on.

You would think that a feature with a title like "The Bank Job" would surely be a prime example of such a formula but what we get instead is anything but. There's only two halves to the picture: a first one that includes the introductions and the execution itself and a second in which all hell breaks loose as the heroes become every other character's target. It is only until the job is apparently successful that the group will realize that the prizes are indeed all theirs, but there will still be plenty of movie left.

The film is based on a true story. The plot's interest resides in the almost Tarantinian relation between characters, all of which have something or somebody in common. Such complexities lead me to believe a lot of it is surely fictionalized, specially since attempting to explain these links without the benefit of Venn diagrams can be a challenge, but here goes: 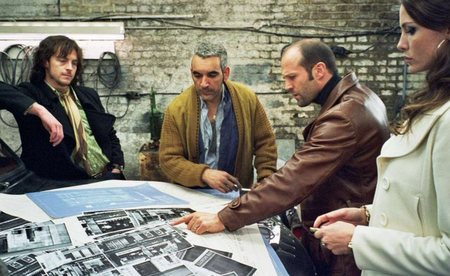 The MI5 operative will be assigned to rescue compromising photographs from the bank's vault and will indirectly employ our rookie heroes as likely sacrificial lambs in case something goes wrong--but unknown to him are their additional findings which implicate other members of the establishment, including some from his own agency.

The vault in question contains every unexpected can of worms imaginable but also the very solution to each one as well. The leads are forced to weather the increasingly worsening situation. What's good about "The Bank Job" is that they're able to do this through sheer ingenuity, without resorting to the usual clichés like ridding themselves of their enemies while uttering cool lines or setting up loud explosions. Each of them is forced to take care of the others by simply getting them all together at the same place, at the same time, hoping that everybody shows up punctually.

"The Bank Job" is based on an actual heist in London in the early 1970s and in every film set in that city and period, there is one character shown driving a Mini-Cooper. The movie include some well-known real life figures from many levels of British Society, all with a seedy, corrupt and unpleasant feeling to them. There's plenty of sex but the ambiance isn't particularly sexy. The film cares little about offending any sensibilities rumored to have been involved, despite the fact that, from what I understand, a lot of the claims are based solely on gossip. 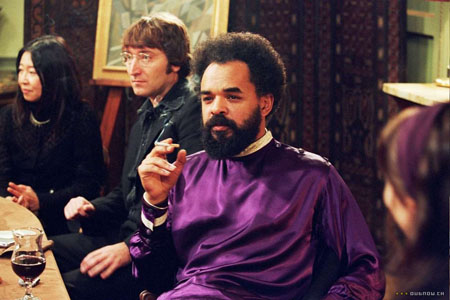 We see John and Yoko consorting with the angry militants who are depicted as unsympathetic racists and just about the worst of the film's villains; the compromising photographs which they in turn are using to extort authorities, fact or fiction, are supposed to display Princess Margaret. The film was made in 2008 but its PC sensibilities are much closer to those from the period on which it is based than today's.

The charm of "The Bank Job" resides in the fact that even though our band of heroes is made up of your usual underdog, good hearted, ex-con career criminals, they also happen to be amateurs in the art of robbing banks which means this job is much too big for them. None of them are really experts in any specialty required for the success of the caper but rather they are the kind of people who "know a guy" that can help with each of them. It is the precisely in the very nature of their amateurish mistakes that the film finds its best humor and some of its most suspenseful scenes.

The members of the team are shown spilling the beans about the details of the robbery on open air walkie-talkies, calling for carry-out chicken delivery in the worst of places (and funniest of moments). The happily married leader decides the bank's vault is as good a place as any to have an affair with the beautiful girl with the shady past, even though his promise to his wife is "don't ask me because I don't want to lie to you," which means he'll have no choice but to tell her the truth should she ask. 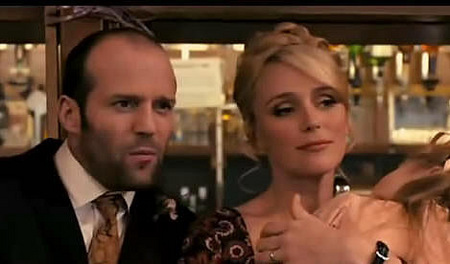 Despite the team's short-comings, the film is able to make us believe that this group, with a little bit of luck, could actually pull off a heist like this, and the numerous details make us feel there is indeed a real life case as inspiration. Still, I have my doubts the intruders would be amateurish enough to avoid wearing gloves when entering the vault. I'm also not too sure a 70s walkie-talkie can provide any kind of transmission from inside a bank vault but these gaffes do not get in the way of our enjoyment of the picture. 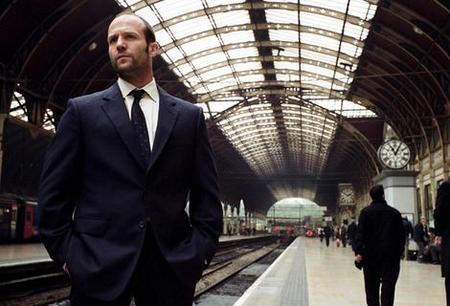 What makes us care about "The Bank Job" is the appeal of the intruders and how much we end up identifying with them--not that I would describe these characters as particularly three dimensional but they're certainly deeper than those in your average caper movie and that comes as a surprise from a lead actor (Jason Statham) whom I've always considered a pure action film star (and whose best known trait is his permanently unshaved 3 day beard) as well as from the leading lady (Saffron Burrows), an ex-model who was mostly dismissed in her "intelligent sharks" acting debut. Both of them are certainly able to make us care about the faith of their characters and about them being rightfully rewarded at the end, despite their crimes and subsequent grief-causing to guilty and innocent alike. It surely helps that their flaws are clearly not as bad as everybody else's. As the movie's ending legend states: "the names have been changed to protect the guilty" which well describes every single character portrayed "The Bank Job," except of course for poor Princess Margaret.