A Far-Flung Correspondent Gives a Thumbs Up to "Life Itself"

As one of the most influential film critics of our time, the late Roger Ebert had an interesting life story to be told, and Steve James’ documentary "Life Itself," which is based on his memoir published in late 2011, is as good as expected, if not better than we wished for. Looking around his illustrious life and career with honesty and sincerity, the documentary is a touching tribute, and we come to want more and miss him more in the end.

The documentary provides a fair amount of information and stories about Ebert's life and career. He grew up as the only child of his parents in Urbana-Champaign, Illinois, and, as told by his friends in their interviews, he already showed his immense talent as a writer during his time as the Editor-In-Chief of the Daily Illini, the independent student newspaper at the University of Illinois. He was surely someone to be remembered because of his brash and confident attitude, and there is an interesting story about when he tried to stop the press machine as soon as he found a small but possibly disturbing error on the newspaper print for November 23, 1963, the day after President Kennedy was assassinated. Although it was too late to stop the whole process, Ebert stood by his strong moral sense of right and wrong, preventing the delivery instead while ready to take the full responsibility for that decision. 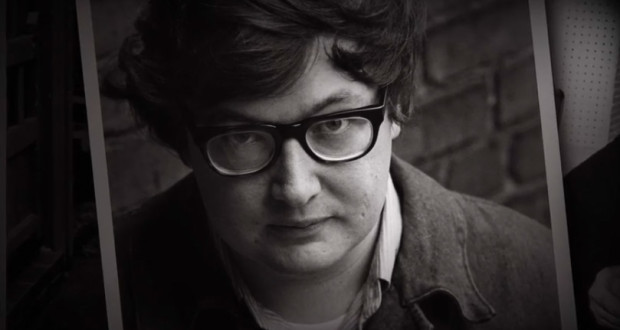 He was named the film critic of The Chicago Sun-Times in 1967, not long after he started to work there, and he quickly rose in esteem through his clear, direct prose, filled with insight and intelligence. Some of his best reviews are quoted along with the scenes from several great films he loved and admired, and you can clearly see his ability to explain effortlessly what exactly they are and how good they are; it is no wonder that he came to win the Pulitzer Prize in 1974. My only complaint is that the documentary does not show how he could mercilessly roast bad films while maintaining not only intelligence but also a great sense of humor; quoting his displeased but thoughtful review on "Blue Velvet" (1986) or his ruthless and furious writing on "North" (1994) could have been a big fun, you know.

His wild days in Chicago during the 1960-70s are detailed with admirable frankness by Ebert himself, but his friends John McHugh and Bruce Elliot give amusing alternative perspectives to his days of booze and roses at the bars in Chicago. Ebert was wilder than I imagined during that era, and he had "the worst taste in women of any men I’ve ever known," and, yes, he also wrote the screenplay for Russ Meyer’s immortal trash film "Beyond the Valley of the Dolls" (1970), which I belatedly watched after his death and made me want to ask him, "Roger, how the hell did you happen to write such an outrageous trash flick?"

As he openly admitted during his later years, he was an alcoholic, and the documentary briefly touches on his struggle with alcoholism. Thanks to AA meeting, he stopped drinking around the late 1970s and he also met the great love of his life who would eventually become his wife. 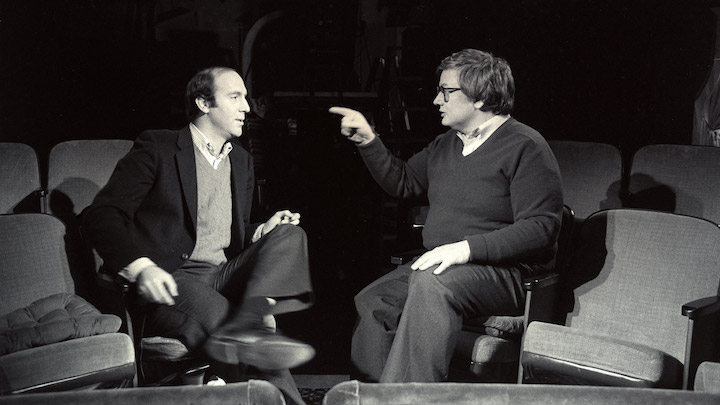 As it rightfully should, the documentary also focuses on his long friendship with Gene Siskel, who was his great match/partner in their legendary TV program "Siskel & Ebert". From the day Siskel began work at the Chicago Tribune, the main competitor of the Chicago Sun-Times, they literally became professional enemies, but, after long years of intense matches on TV, they came to recognize and admire each other greatly. Sure, they fought like hell whenever they disagreed with each other, but they were inseparable like close brothers, and there is an amusing episode about Siskel being excited about the end of Ebert’s bachelorship; while he was naturally happy to see his partner get married, he was also very glad to see that their partnership would be more solidified because of the marriage: "He’s married! He’s bought a house! He’s got a mortgage! He’s got to buy things for his house! There’s no leaving now!"

While "Siskel & Ebert" put its stars at the pinnacle of American film criticism, there were many critics of the show. Although it can be said that Ebert and Siskel just gave "thumbs up" or "thumbs down" to movies during their show while not going deep into their analysis, it is undeniable that they were intelligent critics who could succinctly introduce and talk about movies to be discussed. And we should not forget that their show opened the door to the mainstream for many small films. For instance, the director Steve James’ great documentary "Hoop Dreams" (1994) was immensely supported by Ebert and Siskel before its first screening at the Sundance Film Festival, and the following steady support from Siskel and Ebert, who chose it as the best film of 1994, was crucial in promoting this remarkable documentary which has been regarded as one of the best documentary films of all time.

Siskel’s untimely death in 1999 put a sad ending to their friendship, and the fact that Siskel hid his terminal brain cancer from his dear friend hurt Ebert a lot. Ebert continued the show with his new partner Richard Roeper, but he soon found himself battling with his own cancer problem, and, unlike Siskel, he openly spoke about his illness. Even after he lost his ability to speak due to the unfortunate post-surgery incident in 2006 which could have killed him, he kept moving on in his career as before, and he also became active on communicating with his readers through social media tools.

The documentary ultimately revolves around the last months of his life as its narrative center, and it is poignant to watch at times. It was around 2012 December when I first heard about Ebert having another health problem, and then I heard later from others that he was going through a difficult rehabilitation process due to a tiny bone fracture. Early in the next year, I came to learn that his cancer had returned, and, not long after he announced on his blog that he would step back a bit in his work due to his cancer treatment, he died on April 4th, 2013.

While fully supporting the production of the documentary, Ebert and his loving wife Chaz willingly showed themselves in full disclosure mode in front of the camera, and we see some of their hard moments during that period. Though he could not speak, we see his pain through his eyes during the routine suction process at the hospital, and we also see how difficult it was for him to go through rehabilitation sessions. When I met him for the last time in 2010, he could walk for himself while looking well, but he was in a far weaker state in 2013 as is shown in the documentary, and it was sad and heartbreaking to see him depending on a walker at one point. 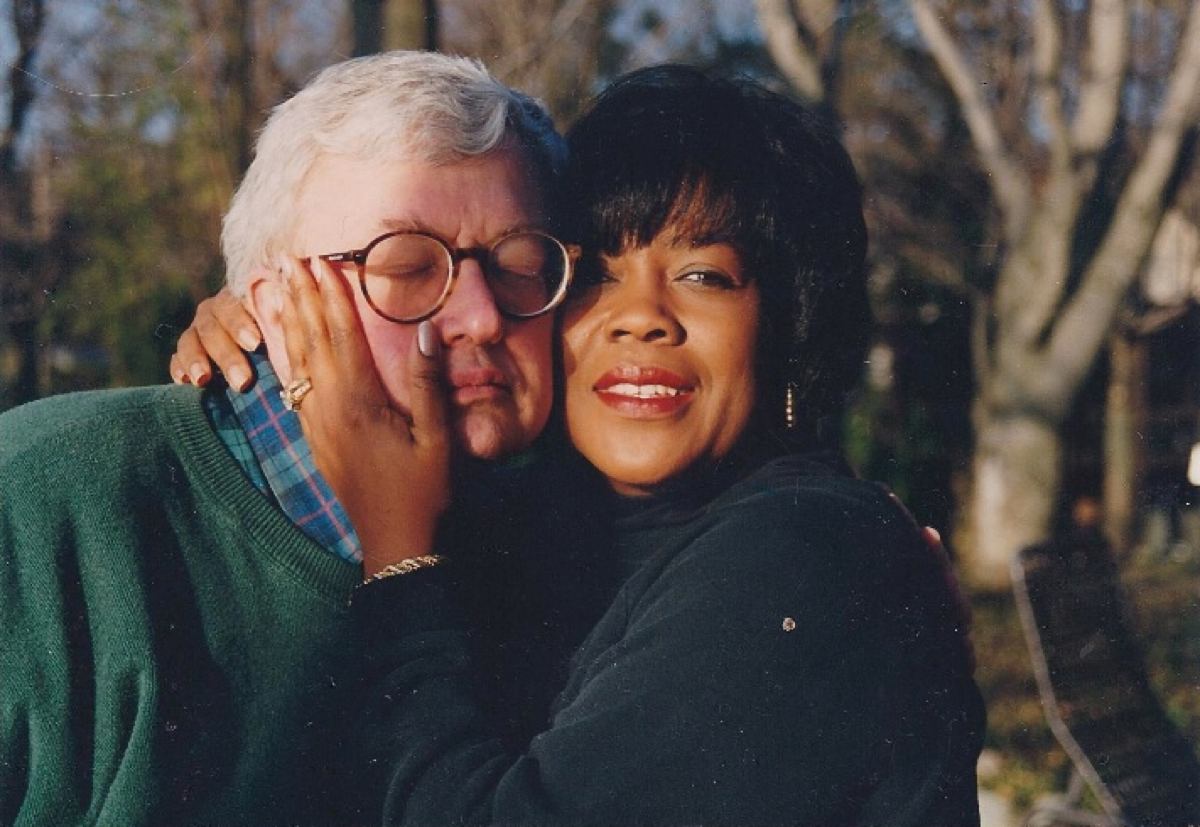 Nevertheless, his face never lost that gentle smile even though he knew well that his time was short. He correctly saw that he would not live long enough to see the completion of this documentary, but he tried to keep going on as much as he could while still being the Roger that I knew. When I saw the scene showing him and Chaz arguing over whether he should climb the stairs for himself or not, my mind went back to how stubbornly Roger argued with her when he found that he could not take me to the sneak preview of "Robin Hood". They were quite honest about their feelings and thoughts even in front of a young guy from South Korea, and I was not surprised to see how frank they are about themselves in front of the camera—it is an example of why I remember them one of the loveliest couples that I have ever met.

Ebert’s spirit and professionalism never went down. He wrote reviews whenever he could (we see him beginning the first paragraph of his review for Michael Apted’s documentary "56 Up" [2012]), and he also helped me and other Far-Flung Correspondents. I still remain grateful to him for many things, including his constant encouragement and support.

"Life Itself", which was shown for the first time at the Sundance Film Festival on January 19th, was also shown at the same time through an exclusive streaming service for other audiences including me, and it will be soon shown at the Virginia Theater in Urbana-Champaign, Illinois on the first day of 2014 Ebertfest, before opening in theaters nationwide later this year. Although its 2-hour running time is definitely not enough for a man still left with so many aspects and stories to tell, the documentary is a moving summary of Ebert’s life and career, and you will be touched by that regardless of how much you knew about him. You certainly lived it fully, Roger, and here’s my big thumbs-up to your life and this documentary.