At one time or another, most of the newspapermen and writers congregated at O'Rourke's Bar in Chicago. It had a rich and varied history as chronicled by Roger and others over the years. Its proprietor, Will Kilkeary, passed away recently and Roger would have been pleased to read that Will's funeral was described as a mixture of an Irish Wake and the movie "Little Miss Sunshine." Rest In Peace Will.

The following obituary was published Tuesday, November 11th, by Maureen O'Donnell in the Chicago Sun-Times:
Advertisement

Will Kilkeary built and ran O’Rourke’s, a sepia-tinged North Avenue bar where some of the finest writers in the nation gathered to drink, smoke and argue, activities then considered superior to a health club membership for relieving stress.

Chicago Sun-Times film critic Roger Ebert immortalized O’Rourke’s in his memoir, “Life Itself”: “O’Rourke’s was our stage, and we displayed our personas there nightly. ... I was invited for opening night in 1966 by Nan Lundberg, an editor of the Daily Illini, who’d married Will Kilkeary, its owner. Will was a friendly little guy who sometimes late on St. Patrick’s Day would climb onto the shelf above the door for a nap. A call from [Ebert’s good friend John] McHugh woke me one March 17: ‘Ebert, I think Willie is in the slammer. On the news they said a man in a leprechaun costume was arrested while trying to paint a green stripe down North Avenue.’ ... On a good night you might see Mike Royko, Studs Terkel, Nelson Algren, and such visiting firemen as Robert Novak, Pat Conroy and Tom Wolfe.” 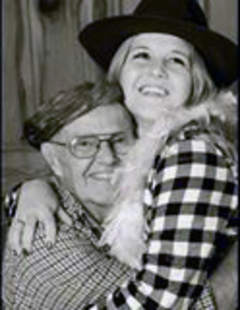 Mr. Kilkeary, 74, who had emphysema and chronic obstructive pulmonary disease, died Friday after surgery at Gundersen Lutheran Medical Center in La Crosse, Wisconsin. He went in for abdominal surgery but failed to recover and wound up on life support, according to his daughter, Terra Kilkeary.

The visitation, a mix of an Irish wake and “Little Miss Sunshine,” would have pleased the regulars at O’Rourke’s.

“We took him home from the hospital in a cardboard box and hoped we wouldn’t get stopped by the police,” said a friend, Dr. Ben Agar. “We arranged him in a lovely spot on his bed. He had his Irish flag and bodhran [Irish drum] over him. All of his friends came by. We had viewings for two days.”

“There was a lot of Irish and old-time music,” his daughter said. “There was dancing and food shared among friends, just like his birthday parties.”

Photos were displayed from O’Rourke’s, the handsome tavern with looming pictures of Yeats, Joyce, Behan and Shaw that he created at 319 W. North Ave. and operated from 1965 to 1976.

In 1979, he moved to Wisconsin. He made a life in the southwestern part of the state around La Crosse, Westby and Viroqua, where the Amish, old hippies, farmers and organic food co-ops enjoy a crunchy-granola coexistence.

Since 1980, his daughter said, he had more than 5,000 of his four-line poems, dubbed “Kickapoo Sonnets,” published in the Epitaph-News, a newspaper in the Viola-La Farge area that called him “our staff poet.” Samples are on his website, where he is billed as “Poet Laureate of LaFarge, Wisconsin”:

“I’m a poet by profession

For that is my natural bent,

And I only do my fencing work

To eat and pay the rent.”

For customers, he added this pitch: “You hire florists, chefs, photographers, why not a poet? A personal poem will outlast them all.”

“I thank you morning coffee;

Without a cup of thee,

But it could not face me.”

For the past five years, Mr. Kilkeary had lived in Westby, Wisconsin, in a converted chicken coop on Agar’s property. It was a comfortable space with heat.

“He had a little outhouse and took showers at our house,” Agar said. “In payment, he would make us dinner every Thurday night, and we would go down and have dinner and play dominoes.”

Though he had fallen out of touch with the old O’Rourke’s crowd, Facebook and social media enabled him to reconnect with many of his Chicago friends. He loved to tell O’Rourke’s stories, his daughter said.

Mr. Kilkeary, who was married twice, was cremated. He also is survived by sons Timothy and Christopher and a grandson.