No Strangers on a Train with Albert Maysles

I was waiting in line at Union Station to board the Amtrak train from Chicago to Whitefish, Montana, where I was heading to go skiing with my brother-in-law, in mid-December 2013, when I had a once-in-a-lifetime encounter with a true legend. 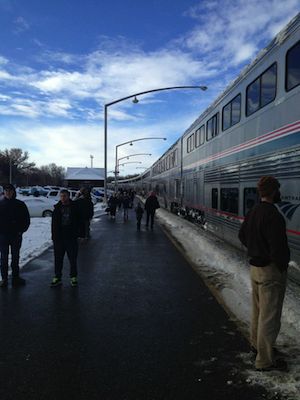 The trip started in an ordinary fashion as I struck up a conversation with a friendly guy named “Chip.” Chip grew up in Rochester but had served as a US Forest Service Ranger in the mountains of the west for most of his professional life. He was now about my dad's age, retired and living in Montana, and preferred the train as his primary means of long distance transport. I was happy to have found a real train buff with whom to pass the hours on my first long-haul Amtrak trip. Fueled by beef jerky and Few bourbon, we embarked on our cross-country trip on the Empire Builder, filled with interesting conversation between new friends.

As the train rolled its way across the midwest, first passing within feet of my downtown Chicago townhouse then on through Milwaukee, the Twin Cities, Fargo, and beyond, Chip and I talked like old friends. He was knowledgeable about trains, I was a fascinated student. The hours and miles passed quickly and if not for the sheer visual strangeness of the encounter, I would have probably not noticed the presence of a great pioneer among us.

Every hour or two it seemed, a gentleman who had to have been in his eighties would make his way down the aisle of the train, guided and supported closely by a younger man. At similar intervals, a small camera crew would shuffle by. It became clear that some kind of video shoot was happening on the train, but I hadn’t yet put the whole picture together.

A few more hours passed and a woman introduced herself to Chip and me. She handed us her business card and explained that Albert Maysles was on the train, making a yet-unnamed documentary film about Americans, trains, and Amtrak and that she was the casting director. She had overheard our conversation and asked how we knew each other. We explained we had just met, which she thought was just remarkable, given how our conversation seemingly flowed. She asked if Albert could shoot us for the film. I said “sure,” still not quite certain who Albert even was. 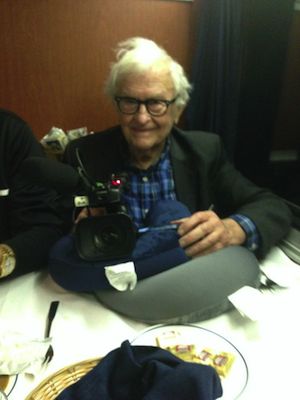 When she scurried off to connect with the crew and continue to plan the shoot, I pulled out my laptop to look up the man whose “set” I had serendipitously chosen to travel in across the country. I discovered Maysles as a pioneer of American documentary cinema and had a chance to read some background on “Salesman” and “Grey Gardens,” two of his seminal works that I had never seen. Despite my involvement with Ebert Digital, I am a neophyte when it comes to documentaries.

It was strange timing to find myself once again in front of the camera of a world-class documentarian. In early 2013, Steve James had shot extensive footage of me and my team at Table XI working on the final iteration and launch of Roger and Chaz’s new site. We were in the interim period between the shooting of the movie and its premiere at Sundance, and I was unsure  as to whether I’d made the cut with anything profound or funny enough to appear in Steve’s movie. I figured, what the heck—if I don’t end up in “Life Itself,” maybe I can be in Maysles' film, hanging out with a bunch of train buffs and enjoying what felt like a “father-son” trip with a man I’d only just met. 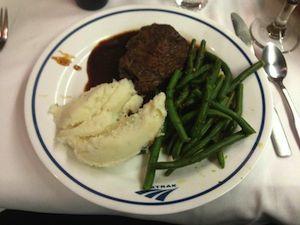 So much of life is serendipity and a few chance encounters led me to cross paths first with Chaz and Roger Ebert, Steve James, and then with Albert Maysles. He shot Chip and I chatting in the observation car and then again while we all ate dinner together in the dining car. He shared his thoughts on filmmaking and his documentary approach, like encouraging people to just talk, without an overarching line of questioning. Even at his  age, he was still sharp and articulate. I will always remember that flatiron steak—prepared in a moving train, and eaten with Chip and Albert Maysles.

I was sad to hear of Maysles' passing recently. He will be missed. Since our encounter, I have made a point to watch a few of his landmark contributions to the canon of American documentary film. I wish I had been more knowledgeable of his work at the time of our encounter, so as to be able to ask him real questions. I guess it’s impossible to have seen every movie ever, just in case you happen to meet the filmmaker on a train. 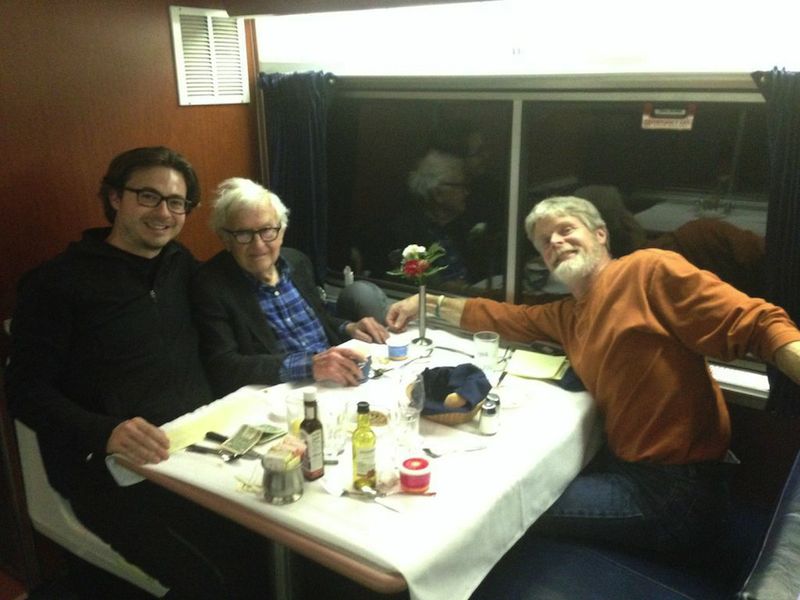 The film, “In Transit,” is still in progress. It is one of Maysles’ final works. Who knows if it will ever be completed or if I will make it into the final cut. I was happy to have had the chance to cross, nay share paths with Albert Maysles for a brief part of his long, illustrious, influential train ride through life. 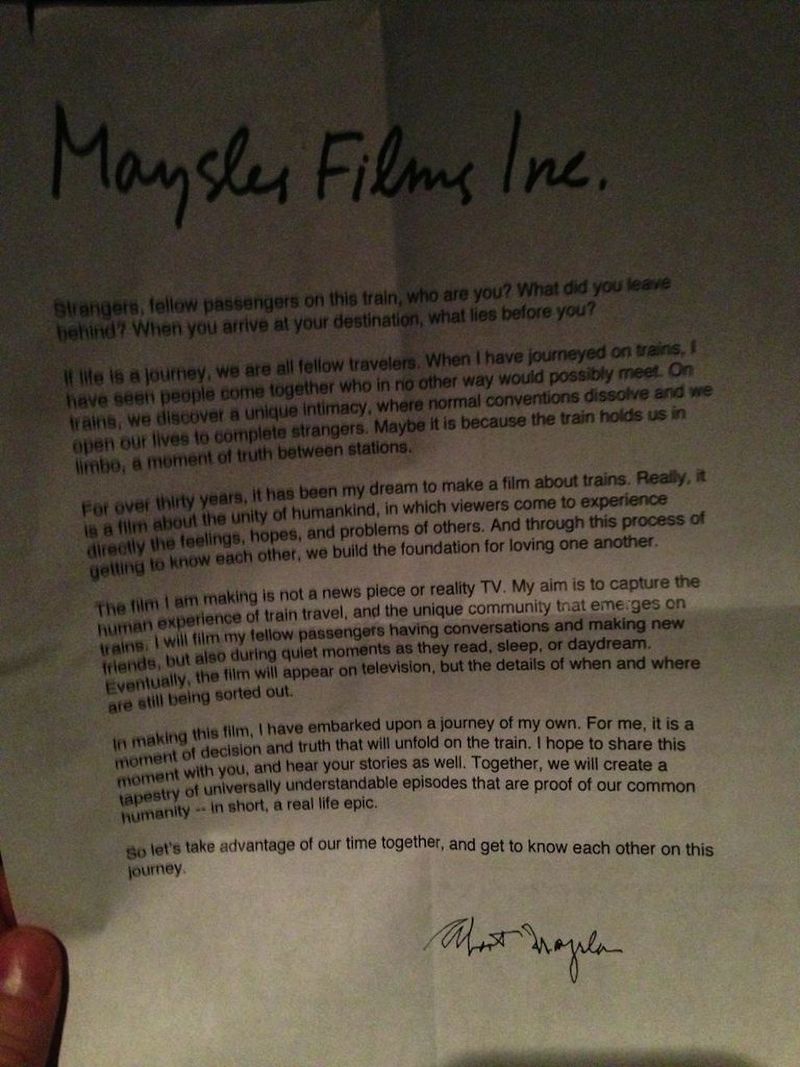