I pay tribute to my dear sister Adele Hammel Flowers who passed away unexpectedly in Minneapolis. She was scheduled to go on a cruise to Jamaica this week, and had been joyously planning her retirement party for June 25, from a company she loved working for, U-Care.  Instead, she passed away after a minor medical test dictated by a previous health issue.  She will be sorely missed.

Adele was smart, loving, generous, very funny, and eccentric. She leaves behind three children: Jason, Nichole and Desiree; a daughter-in-law; 10 grandchildren; brothers Johnnie and Samuel, my sister Donna; and many nieces, nephews, cousins and other relatives who loved her dearly.

When I was growing up, my role model was not movie stars or entertainers, it was Adele. She was poised, beautiful, well-read and well spoken. She took me on an adventure of books and learning that has lasted a lifetime. She introduced me to the experiments of Marie Curie. (I suspect Adele’s interest in science began with a crush on her science teacher, Mr Weathersbee.) While other kids dressed as ghosts and goblins for Halloween, for Adele it was the more obscure lab coat and beakers of “Madame Curie.” 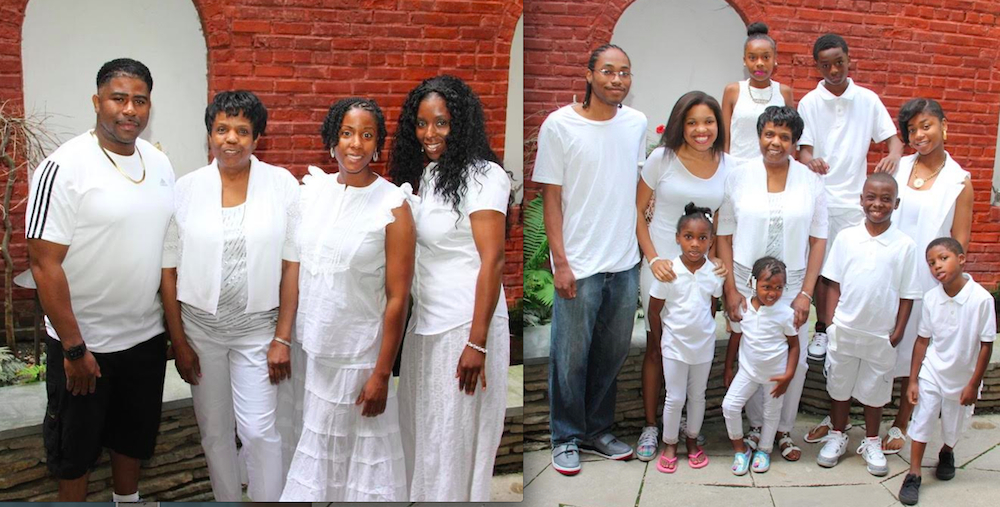 My favorite books to read were partly influenced by what Adele set before me: “The Diary of Anne Frank,” “Silent Spring” by Rachel Carson,”  Nancy Drew Mysteries, Ralph Ellison’s “Invisible Man,” Claude Brown’s “Manchild In The Promised Land,” Richard Wright,'s "Native Son," and anything by James Baldwin, Langston Hughes, Gwendolyn Brooks or Phyllis Wheatley. Lorraine Hansberry was a Chicagoan so we not only read “A Raisin In The Sun,” but Adele made us enact it.  And oddly enough, she thought I should be familiar with the abridged version of Dante’s Inferno as a cautionary tale. I didn’t understand a word of it back then, but I appreciated the rhythm of it, and would listen with rapt attention just to spend the time in Adele’s company.

When our parents weren’t around she also introduced me to the pulpy romance magazines that were all about broken hearts and tall dark strangers coming along to kiss the hurt away. We spent many an hour reading through piles of those magazines that I don’t think even exist anymore. I suspect that Adele was looking for her knight in shining armor. I loved watching her get ready for dates because she had a good sense of style. She dressed neatly and supplemented her store bought clothes with designs she made herself. I was fascinated watching her whirl away on the foot paddle of the old sewing machine that I never got the hang of. Her finishing touch was taking her long thick black hair and twisting it into a French knot, secured with a tortoise shell comb.

To me, Adele could do anything. She was a domestic whiz, cooking, sewing, baking, cleaning and I just knew she would make a good wife. I was surprised when marriage and motherhood came first for me. But I had a ball watching her maneuver through her bachelorette years, embellishing her cool apartments with her handmade crafts. Once she settled down into marriage, however, her children became everything to her. She loved being a mother and later a grandmother. She became an anchor in our extended family, always inviting us over to cookouts and celebrations. Sadly, her marriage didn’t last like the ones in our romance novels, and once divorced, she never remarried. 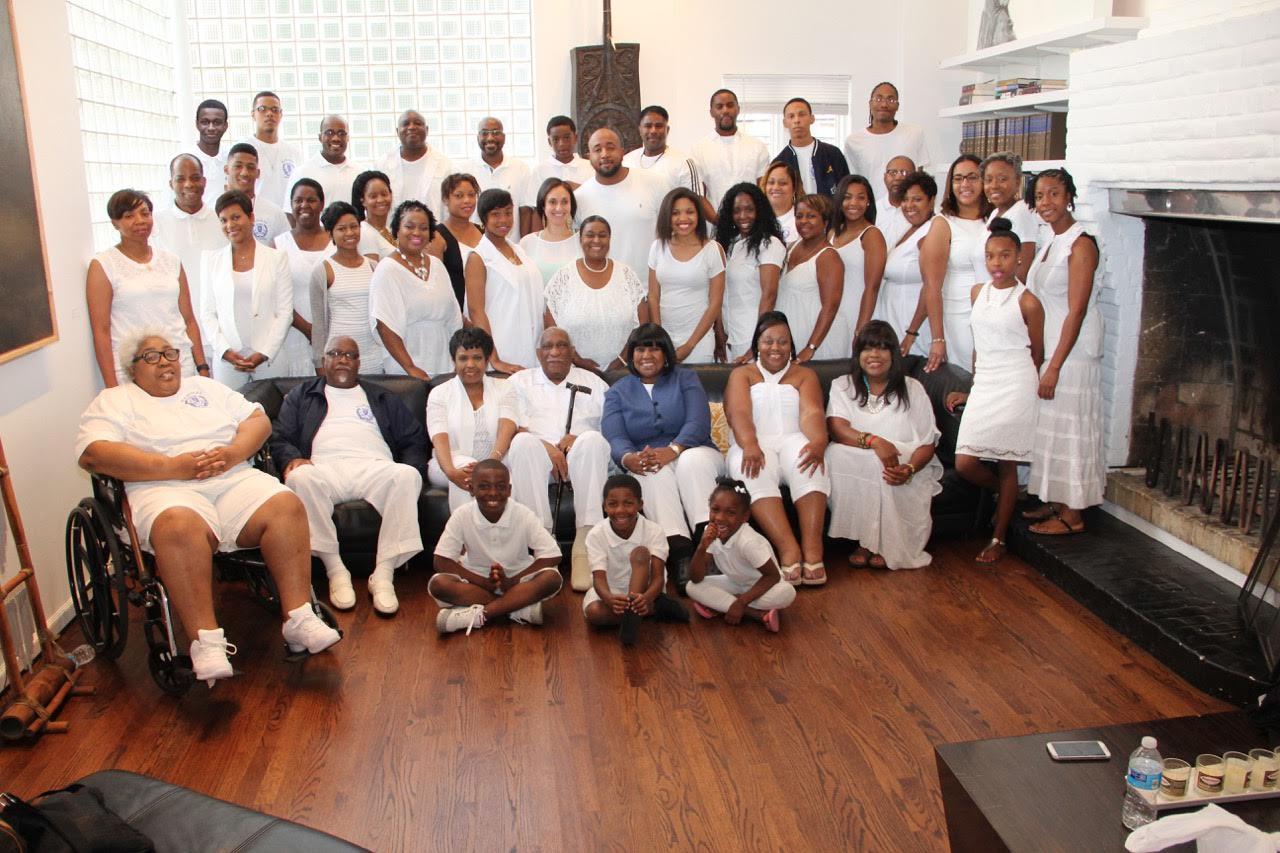 Adele was perhaps the one among our siblings who had the most of Mother’s psychic abilities. When we played games she would choose to play either board games or school. But this was no ordinary school. One of the classes we had to take was magical drawing, where we sat opposite each other, or even in separate rooms, and drew simultaneously, with the goal of duplicating what the other drew, without seeing it. It was only when our friends would come over to play that I learned this was not a “normal” thing to do. One of the many things I admired about Adele is she didn’t care what other people thought. She stood her ground if she believed in something. And she insisted that she had visited parallel worlds and other dimensions. I don’t know whether this was strictly true or not, but I had to smile at the coincidence that the day Adele passed away a friend sent me an article about a scientist who espouses a theory that parallel worlds actually exist and theoretically interact with each other.

All was not always harmonious with us. We went through a painful period when we didn’t see each other much. Not because we lived in different cities, but because of a personal fall out. During this period we didn’t talk much by phone, and when we did, most of our conversations were stilted. In fact, we chose to communicate while she was at work. She was conscientious about going to work and for over forty years she worked in various capacities in the insurance and actuarial fields.  So I knew I could speak to her during business hours when her tone would be measured and professional. It was impossible to hold a grudge too long, so eventually we broke the painful spell by just hugging each other so tightly that all of the bad feelings were exorcised like evil spirits. That was the happiest of days. Life is too short…

Last summer we had a family reunion in Chicago where all the relatives gathered from Minnesota, and Georgia, Washington DC, Florida, California and Arizona. We got to spend days together taking architectural boat tours down Lake Michigan, going to museums and gospel brunches, singing karaoke into the night, and introducing the younger cousins to each other to instill a sense of the importance of family. Other times we simply sat and talked and enjoyed being in each other’s presence. Adele was always smiling, looking like her heart was overflowing with joy. We all felt like that. Right now we are a family with a broken heart, but I am so glad we had that last time together. And I hope that Adele finds her perfect parallel universe.

Next Article: “Slavery by Another Name”: A Review by Dyana Daniels Previous Article: Ebert Fellows Announced for Sundance 2016

“Slavery by Another Name”: A Review by Dyana Daniels