Letter to the Readers: 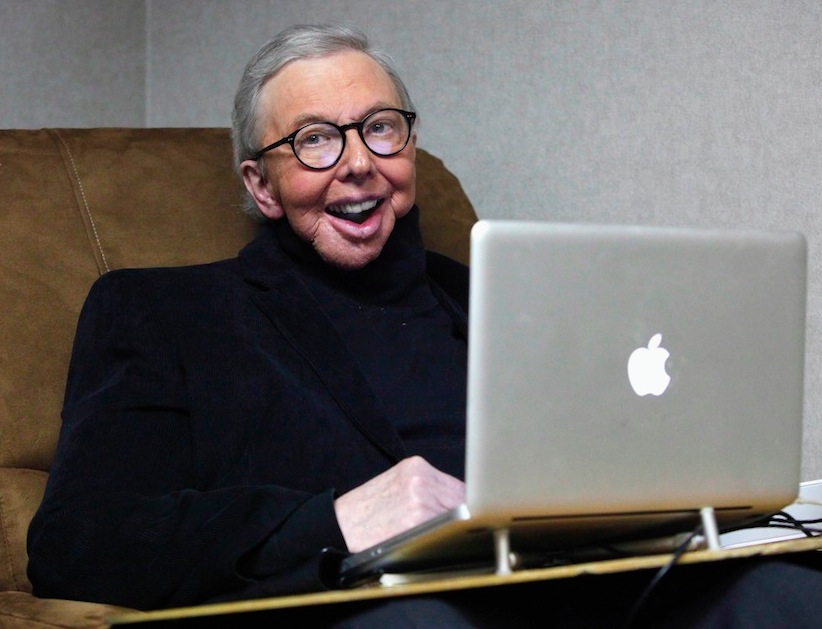 Roger got such a kick out of the interactions he had with you on Rogerebert.com that it provided joy to him right to the end. Even in grief I marvel at his timing. How could he post his very meaningful, "Leave of Presence" article on his blog, April 3, to commemorate his 46th year as a film critic, and then pass away the next day. And for those of you who want to know, yes indeed, we did sit down in his hospital room with his computer and look at the outpouring of comments from you. He felt it was important to let you know that among all of the other things he was planning to do, his cancer had returned, so his health was dictating that he had to slow down. He didn't have the energy to respond to all of the comments as he once would have done, but he wanted to share his newly redesigned website with you. He was so proud of it, and had seen the last tweak of it that Monday, April 1, and gave me and Josh Golden the go-ahead to unveil it.

Did he know he was going to die? I don't know. He knew that he was sick and that the radiation treatments left him fatigued. A month ago he set a goal with his doctors to get him strong enough to attend his film festival. But recently he began to suspect that it was unlikely he would be able to make the trip down to Champaign-Urbana for Ebertfest. So he wrote us instruction after instruction about how to open the festival with a sing-along, and what song to sing, and which film clip to precede it. He had already programmed all of the movies with Nate Kohn, and invited all of the directors and actors and producers and presenters. He had given me instructions to take people to Steak 'n Shake so that he could get a vicarious thrill. And being Roger, he even told me what to order. (But then gave me permission to order whatever I wanted.)

As I look back now, he was issuing a lot of instructions. The kind of instructions someone gives who doesn't think they will be around too long. At the time I chalked it up to his enthusiasm.   But now I wonder.  He gave me instructions for Rogerebert.com, including making sure we get feedback from you. He gave me instructions for our grandchildren, to make sure they keep reading and to give them time to blossom. He gave instructions on e-books he wanted us to publish. And Marie Haws of the Ebert Club is working on the first one. He gave me instructions on keeping in touch with certain critics, and on maintaining the balcony in the TV show. He gave me instructions on visiting filmmakers and film scholars who could grace an Ebert Film Studies visiting professorship.  And on how to use his Twitter account, and made me promise to become more involved with social media. After all, I was the one who brought him kicking and screaming to it. (He went from "Twitter is for Twits!" to being the King of Twitter. I loved that his tweets were always about something, and not just what he had for breakfast.)

Roger's instructions extended to taking care of my health, and on sitting down to write every day. ("The muse visits during the act, not before," he would admonish when I complained of writer's block.)  He wrote page after page, about these and so many other subjects and I have to admit, I thought he would be writing those pages for years to come, so I didn't keep them all. Oh God, how I wish I had. Fortunately I can derive comfort from the pages where he told me he loved me.

Roger told me to write from the heart. That is what I am trying to do now. I want you to know that part of his legacy will be in maintaining this website. It was important to him as a repository of his work since 1967, and he worked hard on it with Josh. Some of you have asked if we are going to maintain the site as just an In Memoriam site. The answer is no, but please permit us a decent amount of time to mourn and celebrate our beloved Roger. And know that even now we have current reviews posted for you to read and comment on. He would have wanted it that way. And do know that we want your feedback, just as he desired. We want to make the website worthy of this humble boy from Urbana, Illinois, who became a global icon, known as much for his empathy, his heart and his generosity of spirit as for his film criticism.