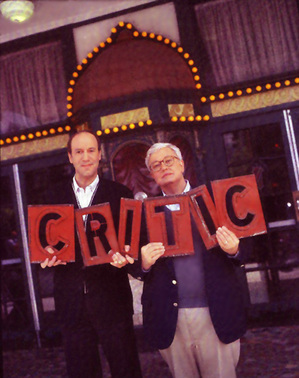 For four years, Gene Siskel and I produced an annual Video Gift Guide. These taping sessions were endless, chaotic and exhausting. Our poor producer, Larry Dieckhaus, said he would have rather negotiated the Cuban Missile Crisis. Gene and I fought over everything. It was all the more hilarious because of our forced jollity.

I think you can see some cracks in the ho, ho, ho spirit here. We almost drew blood in a disagreement over a toy train. We each made our own film with a toy PixelVision camera. We slugged it out with an early video game.

These precious videos recently surfaced after years of being thought lost. I watched them. I laughed, I cried, and during the video boxing match I kissed my ass goodbye.

A note of thanks to TheAisleSeatCom, the user on You Tube who uploaded all these videos.