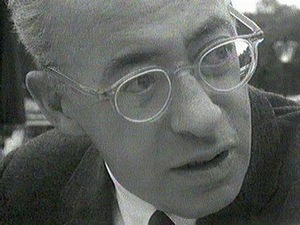 I had heard a great deal about Saul Alinsky's book Rules for Radicals, but had never read them. The Right has demonized Alinsky, linking him to Obama. Curious to know more, I went to Wikipedia and found the Rules themselves.

As I read them, it occurred to me that these Rules are strategic, not ideological. Alinsky was of the Left, but the Rules have no party.

As I look around America in 2010, it occurs to me that the group currently using these Rules most effectively is the Tea Party.

* Rule 1: Power is not only what you have, but what an opponent thinks you have. If your organization is small, hide your numbers in the dark and raise a din that will make everyone think you have many more people than you do.

* Rule 2: Never go outside the experience of your people. The result is confusion, fear, and retreat.

* Rule 3: Whenever possible, go outside the experience of an opponent. Here you want to cause confusion, fear, and retreat.

* Rule 4: Make opponents live up to their own book of rules. "You can kill them with this, for they can no more obey their own rules than the Christian church can live up to Christianity."

* Rule 5: Ridicule is man's most potent weapon. It's hard to counterattack ridicule, and it infuriates the opposition, which then reacts to your advantage.

* Rule 6: A good tactic is one your people enjoy. "If your people aren't having a ball doing it, there is something very wrong with the tactic."

* Rule 7: A tactic that drags on for too long becomes a drag. Commitment may become ritualistic as people turn to other issues.

* Rule 8: Keep the pressure on. Use different tactics and actions and use all events of the period for your purpose. "The major premise for tactics is the development of operations that will maintain a constant pressure upon the opposition. It is this that will cause the opposition to react to your advantage."

* Rule 9: The threat is more terrifying than the thing itself.

* Rule 10: The price of a successful attack is a constructive alternative. Avoid being trapped by an opponent or an interviewer who says, "Okay, what would you do?"

* Rule 11: Pick the target, freeze it, personalize it, polarize it. Don't try to attack abstract corporations or bureaucracies. Identify a responsible individual. Ignore attempts to shift or spread the blame.

Next Article: W. B. Yeats: "Horseman, pass by!" Previous Article: When Siskel & Ebert were on "Sneak Previews"