On Red Arrow Highway, the old road along the Eastern shore of Lake Michigan from Chicago to Detroit, the past coexists with the present. There are old-fashioned pleasures, and not everything is in a strip mall and belongs to a chain. Actual human beings own places and sell you stuff it's fun to buy. This area is known as Harbor Country.

Top to bottom: Oink's Ice Cream Parlor and Fudge Shop in New Buffalo; chef and owner Ibrahim Parlak chatting with customers at his Cafe Gulistan in Harbert; the veggie stand on Red Arrow in Sawyer; Schlipp's soda fountain in Sawyer; a car hop at Mikey's Drive In on the highway in Bridgman; Ben Franklin's Five and Ten Cent Store in Bridgman.

About five miles further away from Lake Michigan is the town of New Troy, which calls itself the Center of the World. The name comes from a general store that operated there from circa 1860 until 1976. When woodworker Terry Hanover and his wife settled there, they took over the name in 1976 for their wood shop, which is still there. Their showroom is on Red Arrow as it passes through Harbert.

Red Arrow even preserves a Shell station. Gas stations mostly all used to look like this. In the mirror is the road behind. Ahead are St. Joseph and Benton Harbor, and houses by Frank Lloyd Wright. 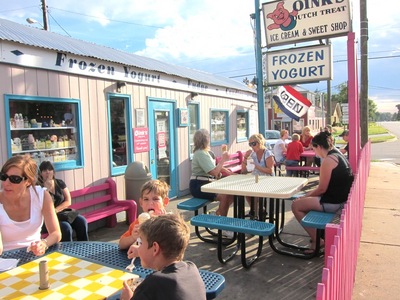 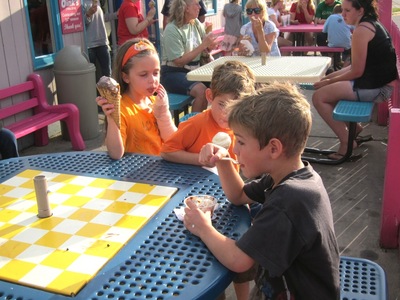 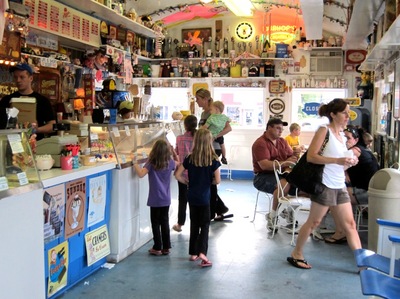 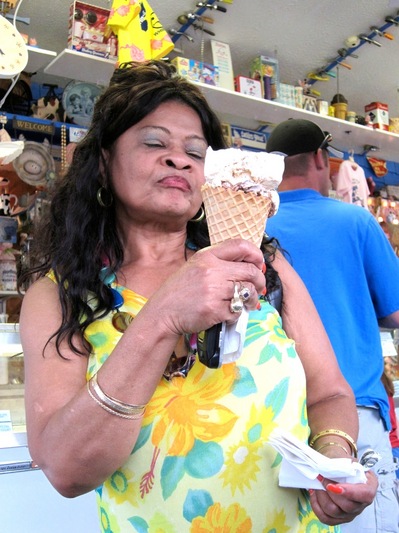 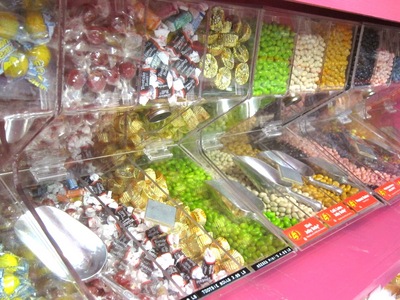 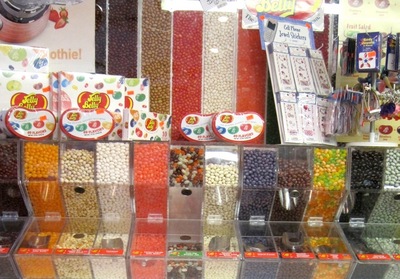 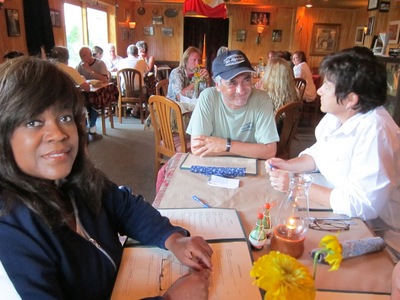 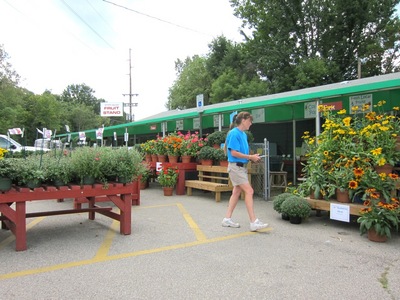 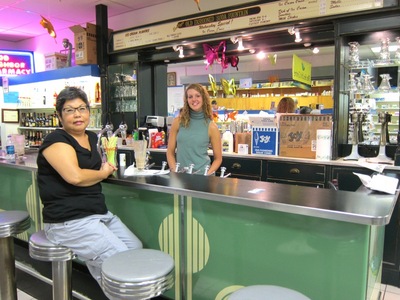 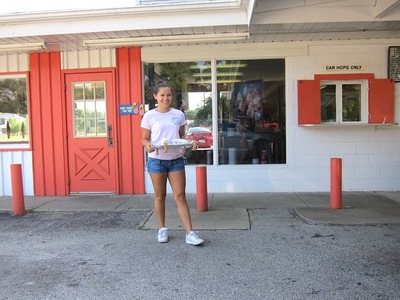 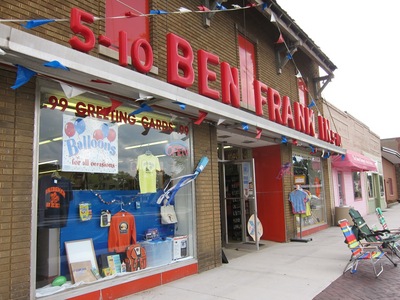 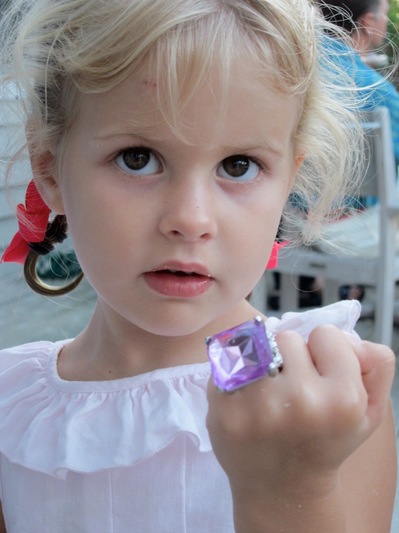 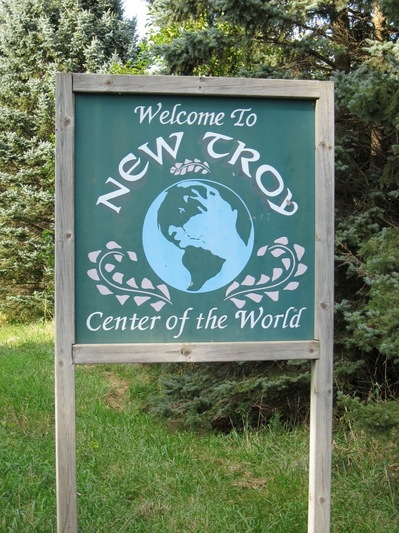 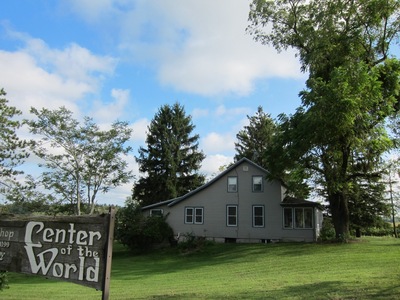 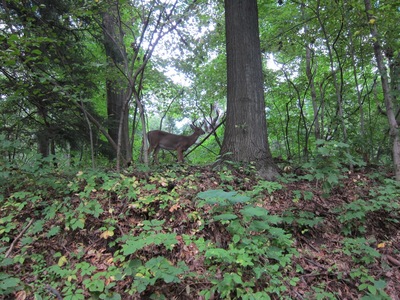 ☑ Photos and video by Roger Ebert. You can use them but say where these good places are. All of my TwitterPages are linked under the category Pages in the right margin of this page.