"The world needs bad men—we keep the other bad men from the door."—"True Detective," Episode 1.3, "The Locked Room"

HBO's "True Detective," starring Matthew McConaughey, Woody Harrelson, and Michelle Monaghan, and premiering on Sunday, January 12th, for an 8-week run, is the undeniable TV event of the season. Getting one household name, A-list Oscar nominee is one thing but McConaughey is almost certain to join Harrelson in that exclusive club for "Dallas Buyers Club" next week. The star power is blinding. Directed by Cary Joji Fukunaga (who did great, underrated work on "Sin Nombre" and "Jane Eyre") and written by novelist Nic Pizzolatto, "True Detective" is much more than a star vehicle. Harrelson and McConaughey have been inspired by the opportunity to essentially deliver an 8-hour feature film. To say they get under the skin of these two fascinating gentlemen would be an understatement. These are towering, masterful performances, and they would be reason alone to watch "True Detective." However, HBO's program is not just an actor's showcase for two greats. It is dense, complex, rewarding storytelling, heightened by a sense of location from its writer and director that is mesmerizing and a character-driven storytelling aesthetic that brings to mind great films like David Fincher's "Zodiac" and Bong Joon-ho's "Memories of Murder." Expectations are high for "True Detective." Those expectations are exceeded by the final product.

Two men are being interviewed in separate interrogation rooms in 2012, telling the story of the biggest case of their career from 1995. From the beginning, Pizzolatto and Fukunaga are playing with the concept of the unreliable narrator as we flashback to what Detectives Martin Hart (Harrelson) and Rust Cohle (McConaughey) want to tell us about those formative days in their career when they stumbled upon a nude, abused woman in a field with antlers strapped to her head and realized they had a serial killer in their Louisiana town. 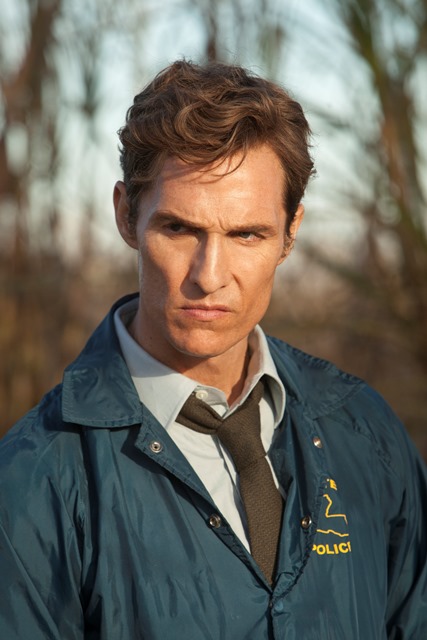 In the brilliant premiere, "The Long Bright Dark," we learn the most about Hart and Cohle through the hindsight of each other. They couldn't be more distinctly different in their worldviews. Hart is an old-fashioned cop with a wife (Monaghan) and kids, a religious upbringing, and a strong respect for his fellow man. He also has a regular mistress (Alexandra Daddario), drinks a bit too much, and brings his work home with him to the detriment of his marriage. Cohle, on the other hand, is a dark, cynical, deeply philosophical man with demons that he's unafraid of mentioning in polite conversation. His two-year-old daughter was killed, he buried himself in books about crime, and has come out with a worldview that we're all doomed. As he says, "Human consciousness is a tragic misstep in evolution." He also has visions from too much time spent doing drugs undercover and has dealt with alcoholism. The difference in worldview of the two protagonists allows Pizzolatto to play with his themes—religion, morality, control, evil—often through not just their fascinating dialogue exchanges but through what the 2012 versions of them say about their younger selves.

McConaughey and Harrelson don't just fill out these characters, they disappear into them, delivering two of the best performances you'll see in TV or film this entire year. The line has blurred between the two forms. TV used to be the little brother of film, a place that formerly great or struggling actors went to pay the bills. That is so far from the case here. These two great actors have been given more time to develop these characters in ways that they couldn't do anywhere else and they have delivered even beyond what their fans will expect of them. (For the record, the producers are hoping to bring back the series every year but with different actors and characters a la "American Horror Story".)

Of course, an actor is only as good as the material he's been given and "True Detective" is a stunner in terms of Pizzolatto's narrative and Fukunaga's direction as well. Rarely has a setting been more deftly used as a character in television. Fukunaga paints a picture of a part of the world that hides more than it shows. Each turn in the bayou could reveal a preacher's tent, a whorehouse, or a serial killer's lair. As Hart and Cohle get deeper into their mystery (and those looking for straightforward crime drama should be warned that the plotting is slow as the emphasis is on character more than evidence), they find clues and horrors hidden in plain sight. The A-list actors will force comparisons to film but "True Detective" is more like an incredible novel, where individual chapters may feel frustrating or disconnected but the entire story comes into view by the end. I can't wait to read the final page. 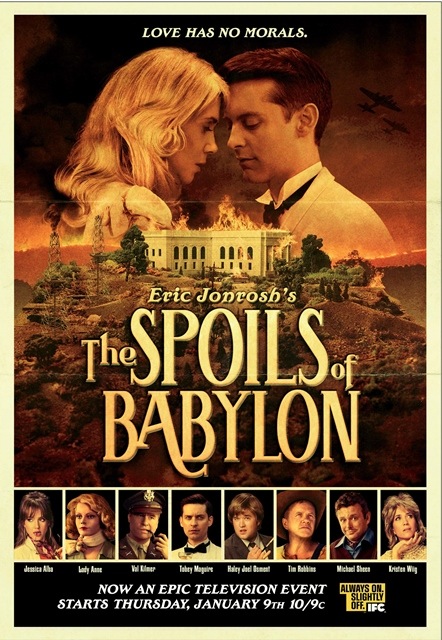 "True Detective" is getting the most buzz but it is not the only example of A-list actors coming to TV in the next couple of days. There are Oscar nominees everywhere you look, including IFC and Showtime. The former features an all-star cast in a '70s mini-series spoof courtesy of the hilarious folks at Funny or Die called "The Spoils of Babylon." As he did with "Casa de mi Padre," Will Ferrell takes his ridiculous concept and pitches it with a straight face, producing a star-studded mini-series about a lost boy who grows up to be a wealthy World War II vet who happens to love his adopted sister. Ferrell introduces each half-hour episode as Eric Jonrosh, the author of the books on which this fictional mini-series is based and the director of the film. These introductions, in which Ferrell reminds one of Orson Welles in his later years, are often the funniest parts of the episodes.

The mini-series itself, which features Tobey Maguire & Kristen Wiig in the leads, supported by Tim Robbins, Jessica Alba, Michael Sheen, Val Kilmer, and more, is flat-out ridiculous in narrative and production value. With its Steve Lawrence theme song, horrendous use of green screen & miniatures, and awful dialogue, "The Spoils of Babylon" is most likely to appeal to those who remember mini-series like "The Thorn Birds" and "Shogun," although even they may be stunned by the commitment to absurdity here. When a significant character is literally played by a mannequin, you know the gang was willing to go anywhere for a joke. The show is helped by being only 22 minutes (although the first night, January 9, features two back-to-back) as "Casa de mi Padre" wore out its welcome with a feature-length running time. Smaller tastings of silliness should make for a nice Thursday night alternative this winter. 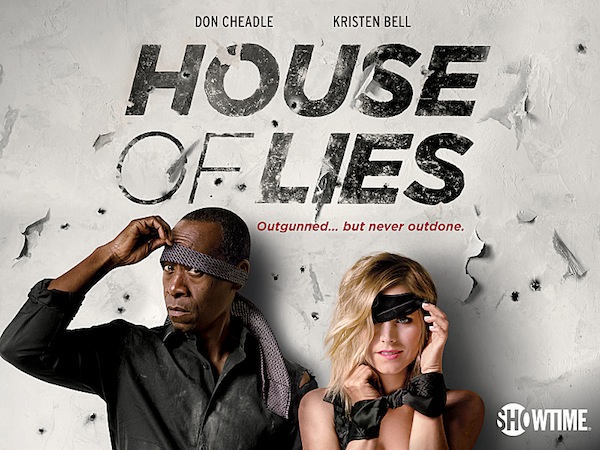 Finally, Showtime brings back their powerhouse line-up of dramedies on Sunday night with "Episodes," "House of Lies," and "Shameless." Again, Oscar nominees in Don Cheadle ("House") and William H. Macy ("Shameless") prove that our most talented actors are no longer remotely afraid of moving to the small screen. Over the past few years, I would have said that "Episodes" was the strongest of these three shows by some margin but it actually starts its third season on some shaky ground, creatively. The show feels like its writers didn't expect it to be on this long as it struggles to find its narrative over the first few episodes. Matt LeBlanc is still stellar here but the show's rhythm feels a bit off. The opposite is true of "House of Lies," a show that I never embraced but that I found thoroughly entertaining over its first three episodes of the new season. Finally, I can't figure out "Shameless," a show with great actors and strong character development that always feels over-written to me. It's proof, like all of these programs, that it's the writing that will always matter in the world of television, A-list stars or rookie performers.

Next Article: "Am I crazy for even considering this?” Stuntwoman Zoë Bell says, "Yes," then does it anyway Previous Article: Child's Play: The Degeneration of Blockbusters