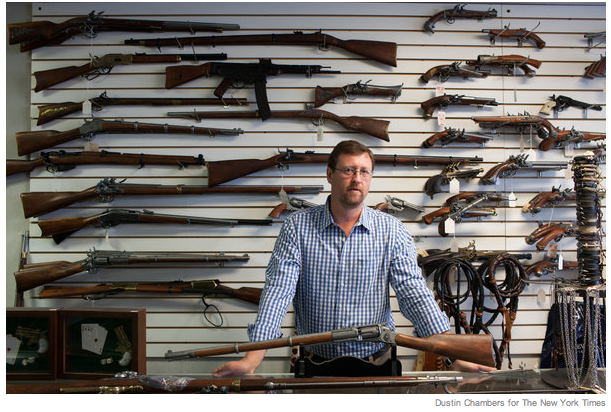 "Conservative Georgia District Urges G.O.P. to Keep Up the Fight."  For The New York Times, Trip Gabriel writes about constituents in gerrymandered, Republican-safe districts urging elected representatives not to back down or otherwise compromise in the budget shutdown crisis. Related: "A Federal Budget Crisis Months in the Planning." "The Color of Affordable Care." "'Truckers for the Constitution' Plan to Slow Beltway, Arrest Congressmen."

"Jon Tripcony, a surveyor in Dallas, recalled a photograph of Republican leaders in shirt sleeves facing empty seats across a table. The photo, which Mr. Graves posted on Twitter, was staged to dramatize Republicans’ call for Democrats to discuss a budget passed by the House. It may have been dismissed as a publicity stunt by much of the news media, which noted that House Republicans repeatedly refused to join a conference on a budget the Senate passed earlier. But in northwest Georgia it was taken at face value. '

There was not one single Democrat,' Mr. Tripcony said. 'They’re just spoiled little kids. I don’t get it.'"

R.I.P, theater and film director and sometime actor Patrice Chereau, 1944-2013. His Variety obituary is here. The New Yorker's Alex Ross pays him tribute at his blog The Rest is Noise. Above illustration: Screenshot of the obituary en Français, in yesterday's Liberation. Plus: The New Yorker's Alex Ross on Chereau's staging of Richard Strauss' Elektra at the Aix-en-Provence Festival this past July. See also: Roger Ebert's reviews of Chereau's "Queen Margot" and "Intimacy."

"His contribution to opera, from the epoch-making 1976 Bayreuth Ring onward, was obviously tremendous; if there was a greater living director, the name does not spring to mind. In his best work, everything was charged and nothing was forced: even the smallest gestures and the most marginal characters contributed to the unfolding of the drama." 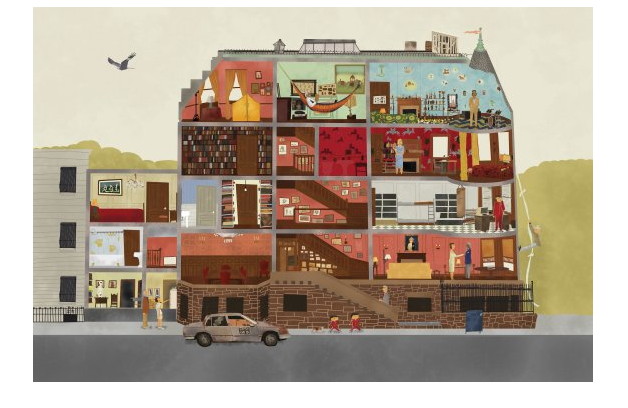 "I remember that when we did the opening scene of Bottle Rocket, in the very beginning when he’s in a mental hospital, his bedroom was, in fact, just the end of a long, open room. It wasn’t a little bedroom — we just used three walls of a bigger space. One end of a big room. I remember, at the time, thinking that this is a very good system, which is basically to say, 'A set. Interesting.' And when we did Rushmore, we were supposed to do a scene where they were going to have a ground-breaking for the aquarium, and it was supposed to be on this baseball diamond, and we had all these things organized — and then it rained the night before, and we arrived, and the place was just mud. The field had ceased to be a baseball field. It was a problem. So I sort of came up with, 'Let’s not look at the baseball field, then. Let’s look at the dugout and the backstop.' We shot the whole scene in a line, a scene that was meant to be moving all around the place. 'We’re going to build a dolly track, and we’re going to go here, here, here, here, and here.' We did a scene, and I liked how it worked out very much. I’ve now done variations of that shot twenty-five times and followed the train of thought from getting rained off the baseball diamond — it’s this kind of movement that I’ve always liked in movies."

"What Does the Zapruder Film Really Tell Us?" For Smithsonian, Errol Morris deconstructs 26 fateful seconds in film history—and American history.  Ron Rosenbaum interviews Morris and tries to put the unthinkable in perspective.

"Most people vaguely know about the Zapruder film, but it will soon become omnipresent as the 50th anniversary of the assassination of John F. Kennedy approaches. What is not well known, however, is that a single frame of it was kept largely secret from public view for 12 years after the assassination. Frame 313. The frame that gave Abraham Zapruder nightmares, the frame he insisted be withheld from the public—a single frame of film that can be said to have changed American history and culture." 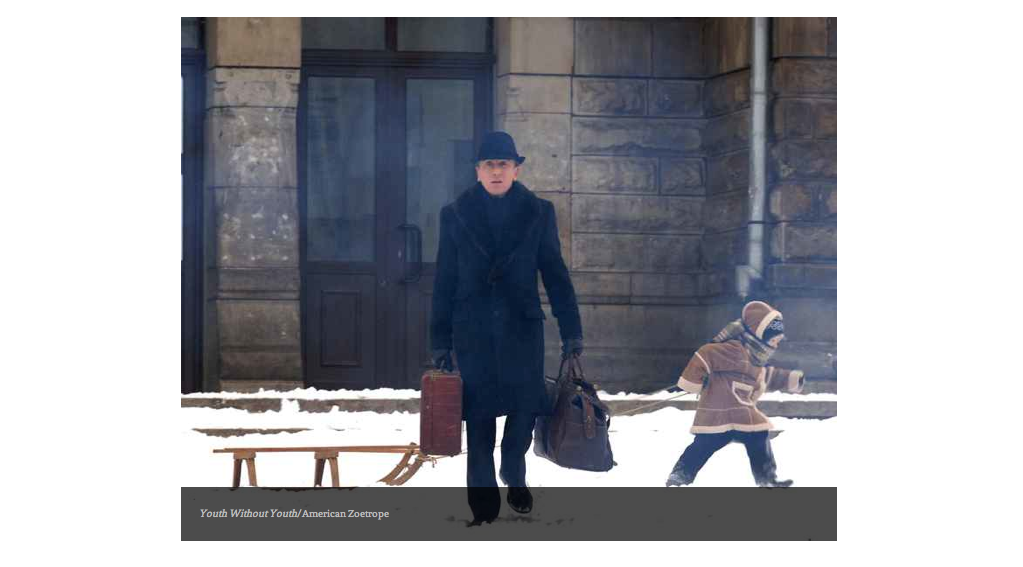 "'Twixt,' Part One." From the film blog To Be Cont'd, a conversation about Francis Coppola's "distinctly personal horror film," by Bill Ryan and Keith Uhlich.

"The film as a whole is a bizarre mix of comedy (not always successful) and atmospheric horror.  The final shape it takes is that of one of your more awkward land birds--an ostrich, let’s say.  Or not even a land bird, as this would ignore the fact that Twixt, a film I’m happy to defend, is more than capable of taking flight, making it more like a flamingo, after one of the characters in the movie.  For instance, there’s a great deal of humor centering around Baltimore’s interaction with this eccentric small town, but also including odd comic tangents, like the one that finds Baltimore talking to himself in the voices of Marlon Brando and a gay basketball player." 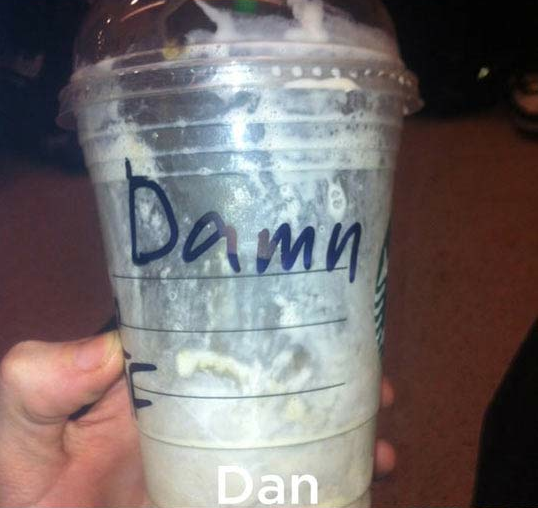 From The Meta Picture, a photo essay of misspelled or illegible names on Starbucks drink orders. Some of these seem less like accidents or mistakes than editorial comments.