Steven Soderbergh’s retirement is going splendidly. One of the most influential American filmmakers of the last quarter-century notoriously retired from feature film directing only to continue to develop his voice and hone his skills on the small screen with HBO’s award-winning “Behind the Candelabra” last year and Cinemax’s “The Knick,” which premieres this Friday, August 8, 2014 for a 10-episode run. Soderbergh’s program, written by Jack Amiel & Michael Begler, perfectly illustrates the power of television in 2014 by telling a story of 1900. Detailing the medical developments of the era through the eyes of a few characters at the Knickerbocker Hospital, Soderbergh doesn’t just offer a historical document, he goes out of his way to successfully craft a drama that feels vibrantly current. As much as I have loved “Boardwalk Empire,” it is a period piece that has often lived in that bubble of its era, serving as much as a portal to the past as anything else thanks to its attention to detail. “The Knick” is not that kind of show. It may be set in 1900 and the research into the medical profession of that time was clearly solid but this is a program about today. It is clearly shot on a digital camera and Soderbergh and his team make clear choices to keep it from feeling like a Merchant/Ivory production. Most of all, it is a show about our concerns, about outbreaks, about inequality, about racism, about socio-economic disparity, and about our hope that there are people out there spending their intellectual currency on finding ways for us to cheat death. 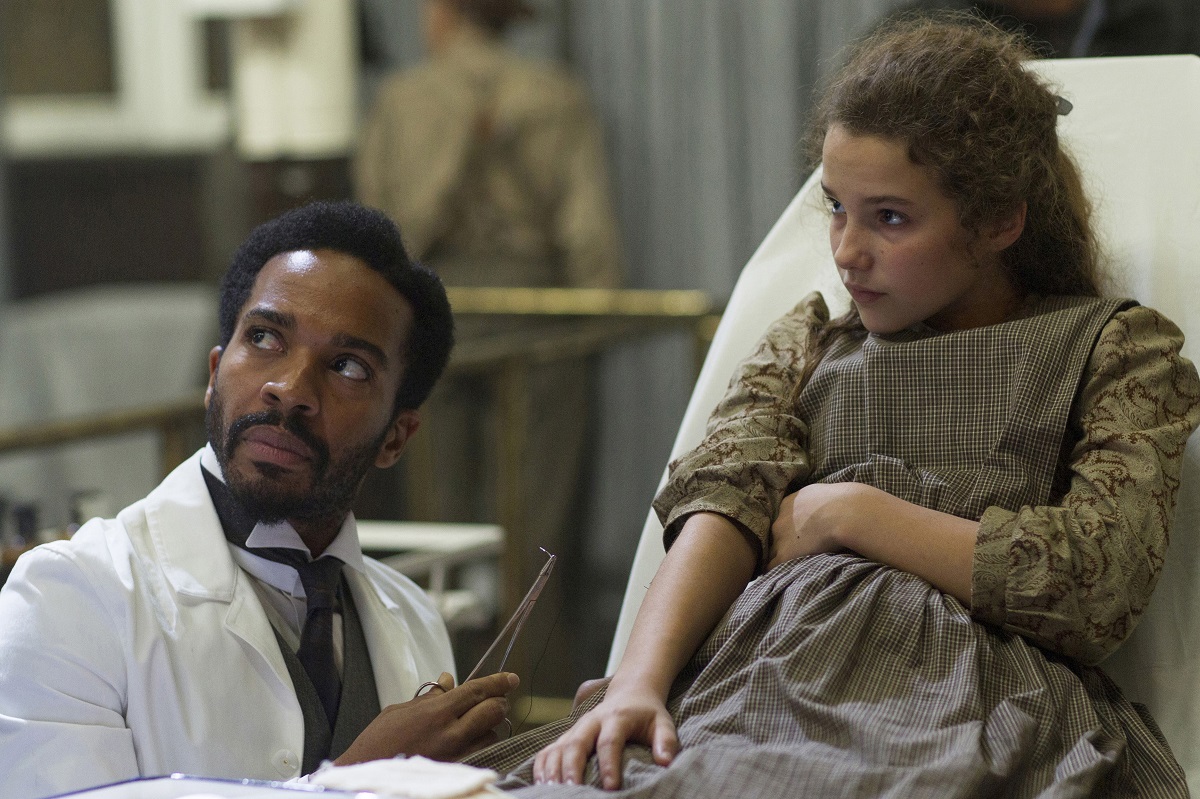 Dr. John Thackery (Clive Owen) is a highly functioning drug addict. In the opening scenes of “The Knick,” Thackery awakens in a brothel and instructs his driver to take his sweet time getting him to work so he can inject cocaine into one of the few places he can keep it relatively secret—between his toes—in the back of the carriage. This prologue perfectly illustrates Soderbergh’s intent. The angles are a bit off and more contemporary than a traditional period piece, such as the first shot of Thack’s shoes (Soderbergh often uses close-ups of clothes to reflect socio-economic standing and Thack’s are nice). And then there’s the amazing score by Cliff Martinez (“Drive,” “Spring Breakers”) which gives the show a tone it would not otherwise have. Watch the opening scene of “The Knick” and imagine it set to a Mozart piece. It would feel completely different. Setting “The Knick” to music not even imagined in that day not only gives the show a modern edge while also feeling thematically appropriate in that Thackery is a man looking for new solutions to old problems. It makes sense that his theme music would be downright sci-fi in its sound. 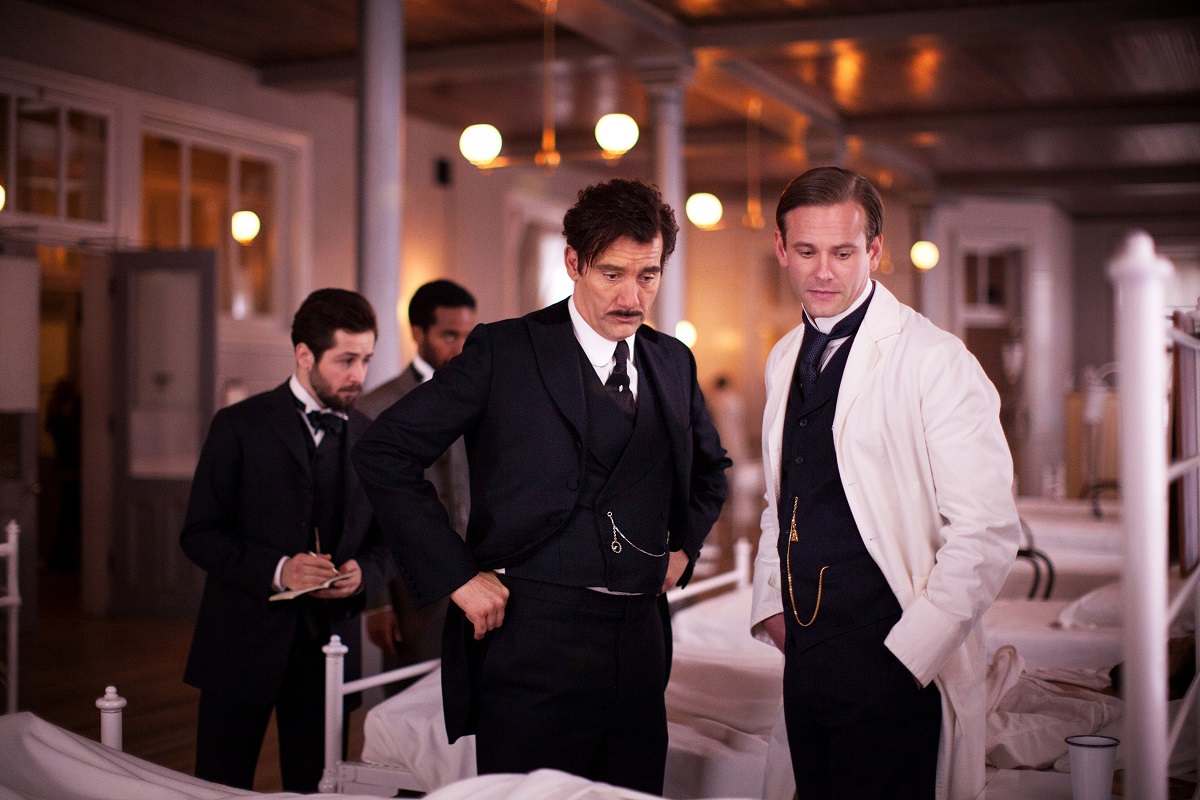 After a brutal childbirth gone horrendously wrong changes the surgical staff, Dr. Thackery is promoted to the lead role at the Knickerbocker Hospital in New York City. He gives a rousing eulogy (a truly fantastic piece of writing) about how people trying to pioneer the future of medicine are not unlike the men who put dams in rivers or railroads through mountains—those fighting against the seemingly impossible will of Mother Nature herself. Thackery’s remarkable intelligence comes with both addiction and arrogance, two traits that Owen seems perfectly cast to portray. The underrated actor finds the right mix of ego and frustration that often blends in men like Thackery. He’s great here, doing the best work of his career since “Children of Men.”

Owen gets an interesting cast of characters to support him, headed by André Holland as Dr. Algernon Edwards, the new Harvard-trained surgeon who is still forced to the basement of the Knick because he happens to be black. Thackery refuses to work with Edwards at first but sees something greater than the rest of his staff in the young man’s approach to medicine. Meanwhile, Edwards considers leaving until he realizes that his potential boss may be the only man as smart as he is in his field. They are the two intellectual poles of “The Knick”—the man allowed to work out in the open but painfully addicted to drugs and the man refused the chance to hone his craft in public but unwilling to give it up. 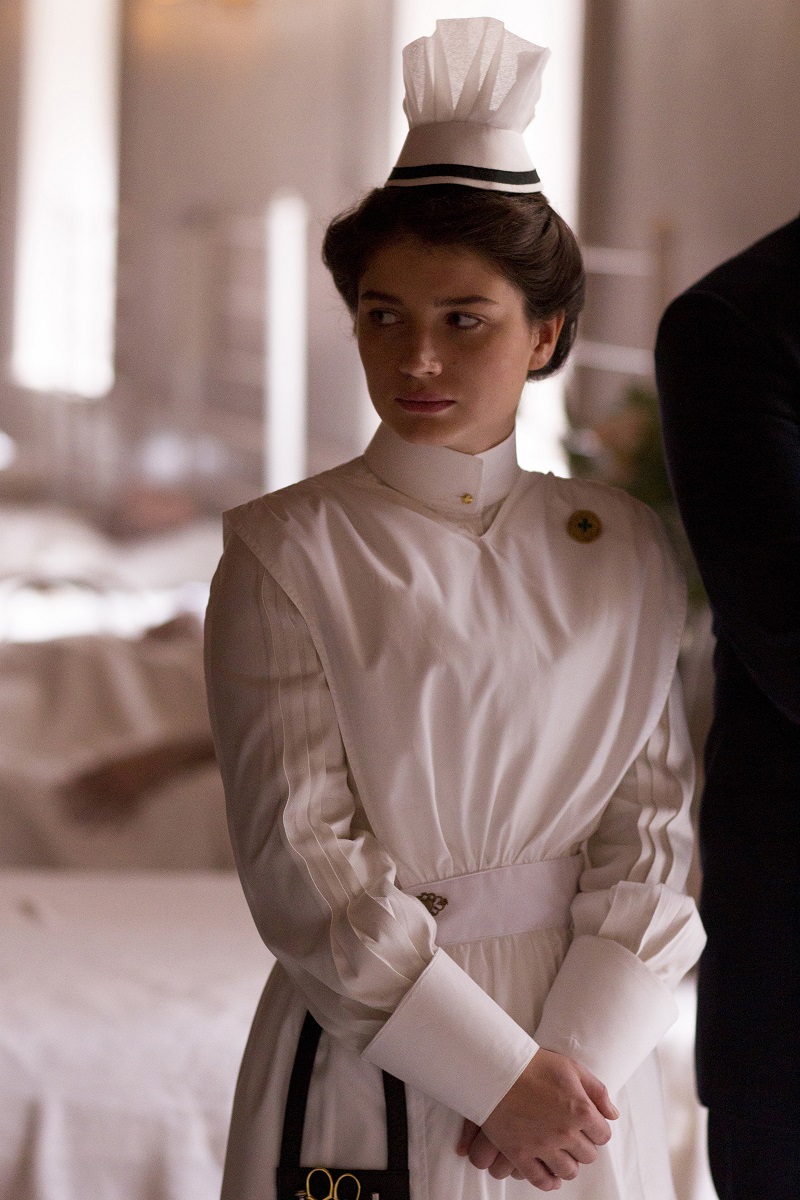 Other supporting characters include: Herman Barrow (Jeremy Bobb), a hospital administrator who is so in debt to most of the New York ne’er-do-wells that he’s in actual physical danger just because he wants to keep the lights on; Cornelia Robertson (Juliet Rylance), the proxy for the money behind the hospital and the woman who seems most attuned to trying to push the staff and their patients forward in terms of racial and social equality; Nurse Lucy Elkins (Eve Hewson), a sweet but smart young woman who is thrust in Thackery’s inner circle mostly by chance. There are many more, including a wise-cracking nun (Cara Seymour), cynical ambulance driver (Chris Sullivan), and a pair of right-hand men for Thack (Michael Angarano & Eric Johnson). There isn’t a false player in the supporting cast although anyone who knows Soderbergh’s skill with large ensembles shouldn’t be surprised to hear that. I do wish some of the supporting characters had a bit more depth in terms of writing and some of them look uncomfortable playing within the period, often coming off too much like modern actors playing dress-up, but those are issues that can be easily ironed out over time. It makes sense that the show would focus so heavily on Algernon and John to start.

Finally, “The Knick” reminds one how far medicine has come in a century. These are people working without antibiotics; hand-pumping blood away from an incision; dealing with newly-installed electricity that doesn’t always work. And these are people trying to do whatever they can to extend the average life span of a human being. To think that a few of them would have to turn to drugs to get through the pain of losing patient after patient is understandable. And it’s because Soderbergh makes it emotional and relatable without being maudlin. There’s an undercurrent of tragedy in nearly every scene of “The Knick,” and yet the show never becomes overly depressing. In an era when living to your 40s was an accomplishment and in a time when most people who visited a hospital never came home again, death is everywhere in the world of “The Knick.” And yet it feels like one of the most alive new programs of 2014.