ABC has struggled to find a hit on Sunday nights in the last few years, and would do just about anything to watch the night turn into a ratings juggernaut like their Thursday evening block has become with hits “How to Get Away with Murder” and “Scandal.” That’s not going to happen. Not only is “Once Upon a Time” twice past its prime, the two new shows premiering after it this Sunday night are both flawed enough that I think they’ll fail to catch on with a wide audience. Now, I could be wrong. Believe it or not, TV critics don’t often know what’s going to become a big enough hit to stay on the air for a decade (looking at you, “Two and a Half Men”) and what audiences won’t watch no matter how much we beg (shed a tear for “Hannibal”). And these are far from the worst two new dramas of the season. In fact, the final hour of the night is the most promising new program in a relatively lackluster slate of offerings from ABC. But the network that keeps trotting out mediocre dramas like “The Whispers” and “Astronauts’ Wives Club” can’t seem to find that spark to break the pattern.

The weaker of the two is also the most unapologetically soapy new show of the year, a program designed for those still attached to “Nashville” and those who haven’t missed an episode of “Grey’s Anatomy.” Chase Crawford stars as Billy in “Blood & Oil,” an aw shucks nice guy we meet with his new wife Cody (Rebecca Rittenhouse) as they’re moving to Rock Springs, North Dakota, the site of the largest oil discovery in American history (for a documentary examination of how that impacted people in this part of the country, check out the great documentary “The Overnighters”). In the opening act, Billy and Cody get into a car accident, losing most of their belongings, and forcing them into a makeshift camp that’s been set up near town to handle the overflow of people moving here in a modern gold rush.

Meanwhile, Hap Briggs (a wonderfully scenery-chewing Don Johnson) is the king of oil in North Dakota. He owns the most land and manages the most employees. With the help of his wife Carla (Amber Valletta), Hap runs this town. Sadly, his son Wick (Scott Michael Foster) is a bit of a screw-up, spoiled and downright dangerous. When Hap meets Billy, he sees in him the smart, upstanding entrepreneur his son has chosen not to be. Delroy Lindo and India de Beaufort also co-star.

“Blood & Oil” comes from the same lineage of television that created “Falcon Crest,” “Knot’s Landing” and, most of all, “Dallas.” In fact, it too often feels like a variation on “Dallas,” right down to an obsession with profits from oil. Johnson is fun but Crawford is flat and dull, too unengaging to really be a lead on a show like this one. He’s pretty to look at, which may draw viewers for a few weeks, but he’s boring. And I don’t expect viewers to tune in every week without a hero to keep them engaged. 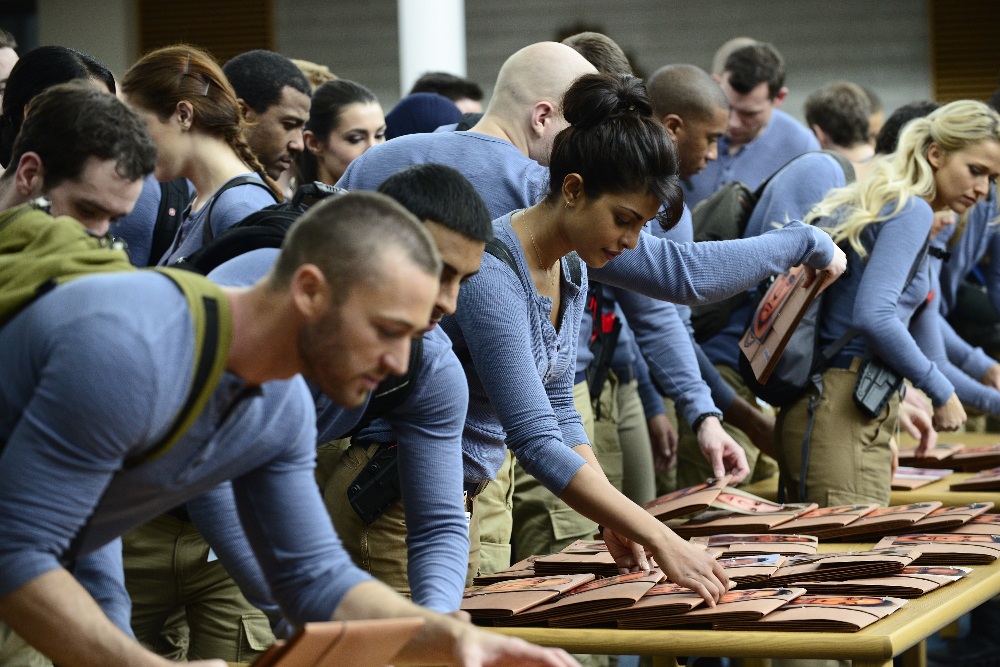 “Quantico” has a much more engaging protagonist, and a much more intriguing premise. Bollywood star Priyanka Chopra stars as Alex Parrish, one of the most promising cadets at the FBI school at Quantico. “Quantico” takes place in two timelines. In one, Alex meets her fellow future FBI stars. In the other, she handles accusations as one of the few survivors of the most deadly terrorist attack in New York City since 9/11. She’s told that one of her classmates was behind the attack. And so viewers get two shows in one—a soap opera about characters at Quantico, in which we’ve been told one of them is pure evil, and a procedural in which a team tries to solve a deadly crime and stop another attack.

Perhaps it’s just the fact that my senses were dulled by the large number of boring new shows this year, but the pilot of “Quantico” worked for me. I’m in no way suggesting it will long-term, as I suspect this is a show that will drag out its mysteries long past the breaking point, but the series premiere of “Quantico” is never dull. Chopra is charming, and so is the rest of the well-assembled cast. And, I’m already developing suspicions about its characters. And that’s what ABC needs—a show that gets people talking, theorizing, and developing their own theories on what’s going to happen next. It feels like it’s been years since shows like “LOST” inspired that kind of passion. I don’t think “Quantico” will get to that point—we won’t be going to “Quantic-Con” in ten years—but it’s much closer than most of the other new shows this year. Yes, I’m grading this class on a curve.