Through the Looking Glass: The Brilliance of “Black Mirror”

Nothing on television in recent years, perhaps ever, has more interestingly addressed our national obsession with and reliance upon technology like “Black Mirror." The series returns to Netflix tomorrow with six new episodes after making waves on Channel 4 with three-episode series in 2011 and 2013 (plus a Christmas special in 2014). Charlie Brooker’s anthology series owes a lot to “The Twilight Zone” and “The Outer Limits” not just in format but ambition. At its best, it addresses not only the side effects of modern technology but serves as a warning to a species increasingly reliant on that black mirror—a TV screen, a phone, etc. If you’re unfamiliar with “Black Mirror,” you should go back and watch all seven previously available episodes, but particularly “The Entire History of You” and “Be Right Back,” which are not only the two best but a pair that will give you a good taste of what the show is about. In the former, people have implants that allow them to record everything they see and do for various purposes, making marital fighting that much more complex. Imagine if you could rewind and replay every disputed event in a relationship. In the latter, Hayley Atwell gives the best performance of her career as a woman dealing with horrendous grief and given an opportunity to “reunite” with her dead husband, technologically.

While those two episodes are high watermarks for “Black Mirror,” here’s the really good news: there are at least two that good in this new batch. A third episode that comes darn close. In fact, there’s only one that I’m mixed on and one that I’m downright disappointed in, but this is what comes with the anthology series. The fact that I’d call half of the new episodes of “Black Mirror” must-sees means this continues to be a remarkable, ambitious, important series. Even the episodes that miss the mark feel like they’re striving for something we don’t usually get from modern television.

Part of the joy of “Black Mirror” is experiencing the twists and turns of creator/writer Charlie Brooker’s narratives as unspoiled as possible, so I wouldn’t dare ruin them for you. Trust me that everything from here on out is stuff revealed early in each episode.

Listed as the first episode of the third season, “Nosedive” is also its best. Starring Bryce Dallas Howard, in the best performance of her career, and directed by Joe Wright (“Atonement,” “Hanna”), “Nosedive” posits a future in which we all rate each other after even the simplest interactions. Imagine a “Human Yelp” if you will, and what that would do to the human spirit. Your overall rating on a five-star scale determines things like where you can live and work. Let’s just say the ass-kissing would be breathtaking as everyone tries to get as close to a five as possible. And let’s just say that Howard’s character has a very bad weekend. Howard is spectacular here in an hour of “Black Mirror” that’s surprisingly funny, and unforgettable.

Almost equally unforgettable is “Playtest,” directed by Dan Trachtenberg of “10 Cloverfield Lane.” Wyatt Russell does fantastic work as a young man who decides to go globetrotting after a crisis at home. He finds himself in the U.K., where he takes an odd job as a volunteer at a game company trying to test their new survival horror title, one that taps into your neural cortex and presents an augmented reality based on what really scares you. Russell is fantastic here and Trachtenberg keeps the unexpected narrative humming along. It’s the fastest hour in the bunch. 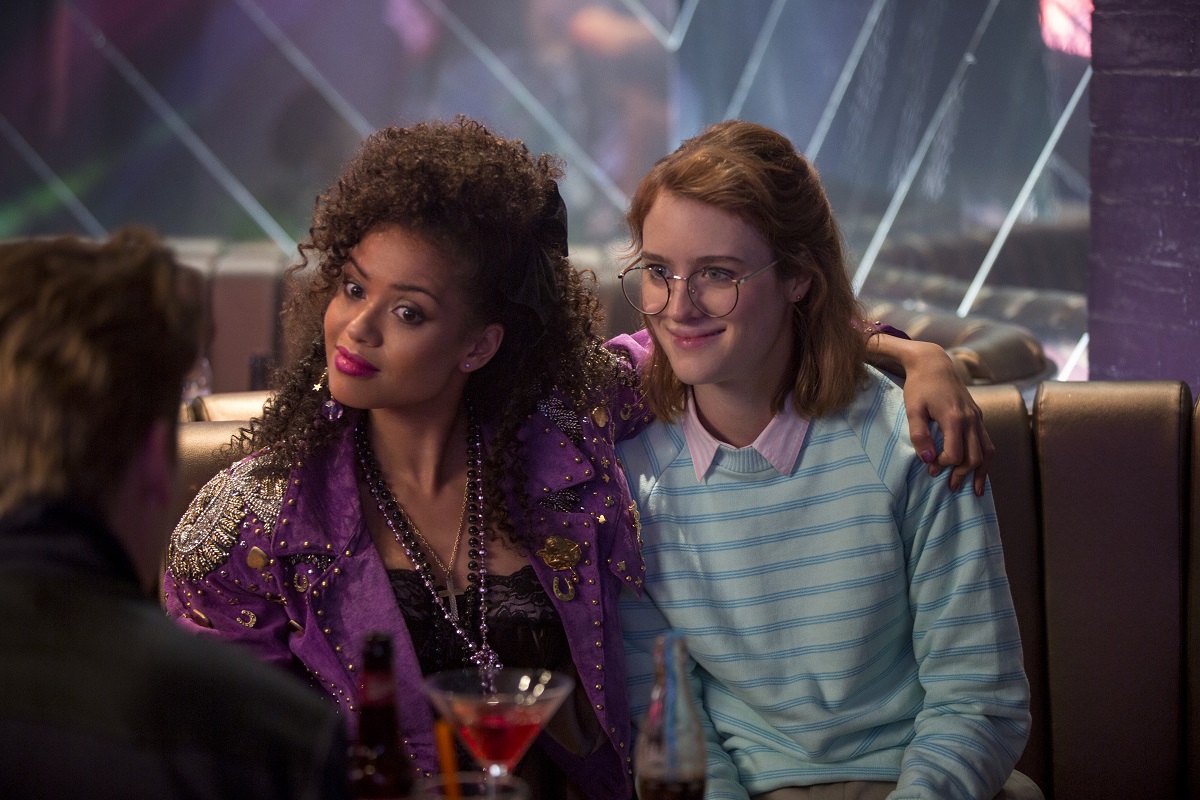 The opposite is true of “San Junipero,” the other fantastic hour in this bunch, next to “Nosedive.” Explaining what happens in “San Junipero” would ruin it, especially because it feels like the least tech-centric episode for a large portion of its running time. In the titular city, two women (incredible turns from Gugu Mbatha-Raw of “Beyond the Lights” and Mackenzie Davis of “Halt and Catch Fire”) meet on a dance floor in what looks like an ‘80s-themed nightclub. There are arcade games, big hair, and ‘80s pop hits. But it’s all exaggerated. And something happens at midnight. “San Junipero” goes places you could never predict and it’s all anchored by Mbatha-Raw and Davis.

The fifth episode of the new season is its most political, a statement about the horror of war called “Men Against Fire.” Malachi Kirby stars as a young man in country, fighting what looks like an alien force known as roaches. The twist that follows feels a bit undercooked and somewhat obvious. Michael Kelly of “House of Cards” is good in a supporting role, though.

Finally, there’s the feature-length “Hated in the Nation,” which has a strong performance at its center by Kelly Macdonald but is so overcooked with ideas that it feels like it could have been divided among multiple episodes. It’s essentially a commentary on the “hive mind” of social media, in that people hated on sites like Twitter suddenly end up dead. Social media, hate mobs, celebrity, even government surveillance—there’s just too much in this stew, and it’s too long. Having said that, as with all anthology series, your mileage may vary. This could end up being your favorite.

What happens when every experience is filtered through social media? How far are we willing to go to create perfect horror video game? What would you do to keep your privacy? How could technology impact warfare? “Black Mirror” asks daring, complex questions. Each episode is designed not just to entertain but to provoke conversation. Where are we going and will we be happy when we get there? This is risky, unique television, the kind you don’t see on every network, although don’t be surprised if they don’t all try to copy it soon.