“The Sinner” is a Fantastic Summer Mystery Series

I’m totally hooked on USA’s “The Sinner,” the excellent adaptation of Petra Hammesfahr’s mystery novel starring Jessica Biel, Christopher Abbott, and Bill Pullman, directed by “Christine” director Antonio Campos. At the beginning of every summer, outlets like Entertainment Weekly try to offer a selection of books that fall under the often-escapist banner of "Beach Reads." You know the kind of book they mean—something you buy in an airport gift shop and leave in the cabana before you head back to reality. They’re often critically derided but harder to pull off successfully than they’re given credit for. They require a delicate balance of plot and character, with twists that keep the pages turning and people you want to find out more about. They’re often easy to read in a day or two because you can’t put them down. If I had all eight episodes of “The Sinner,” I would have watched them consecutively. It is the television version of a page-turner, as you inch forward in your seat, waiting to see where it goes next. 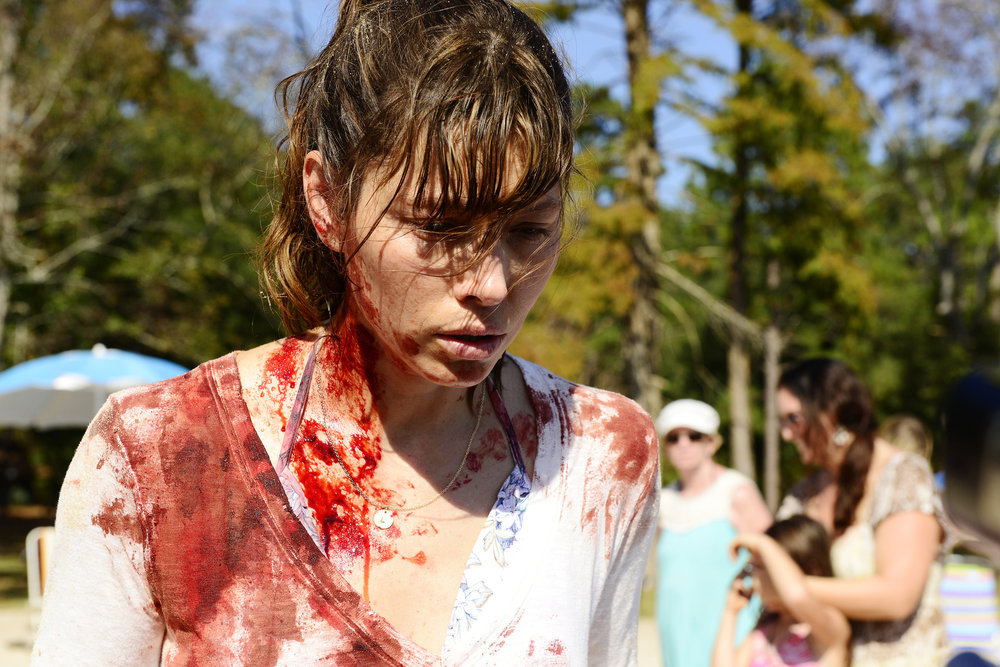 The set-up is wonderfully simple in mystery terms. We meet Cora Tannetti (Biel), a depressed housewife with one child and a seemingly supportive husband named Mason (the always-great Abbott, one of the best actors of his generation). Cora has that distant look in her eyes that indicates trauma or at least suicidal depression. And it looks like she may fulfill those demons one day at the beach, as she swims out to the middle of the lake and almost drowns herself. She turns back at the last minute, sitting on the beach with her family, cutting a pear. Two couples are nearby, and one of them turns on some music and starts to get handsy. Something triggers in Cora and she takes the knife she’s using to cut fruit for her son and stabs a man to death. In front of everybody. There is no “who” in this mystery, but there’s a whole lot of “why.”

Why would a housewife murder a stranger? Cora pleads guilty and it looks like an open-and-shut case, but Detective Harry Ambrose (Bill Pullman) needs some answers. He can tell there’s more to this story, and it turns out there’s a lot more. To say Cora has a dark past would be an understatement—we get flashbacks to a nightmarish childhood in which she’s reminded of her sins by a cruel mother who favors her sickly sister —and Ambrose remains convinced that Cora knew the man she killed. Over the three episodes I’ve seen, Campos (who directed all three) and his writing team pace their piece beautifully, cutting back and forth between Cora’s dark past, her devastated present, the arc of her confused husband, and the investigator who knows there’s more to this story. So much of the success of a piece like “The Sinner” relies on pacing, and it’s nearly perfect here, with the arguably exception of a subplot involving Ambrose’s sexual kinks that sometimes feels like a distraction (even if it thematically fits in with the idea of punishment and hidden desires). 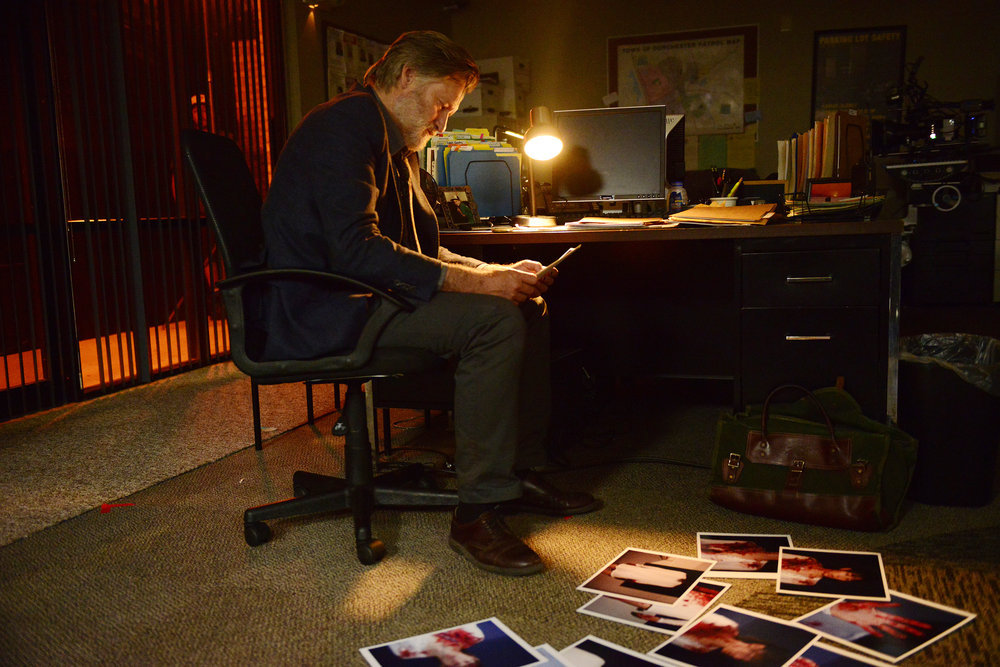 Campos works phenomenally with his cast as well. The best thing about “Christine” was the performance he drew out of Rebecca Hall, and he further proves his skill with cast, especially with Biel, who gives a very subdued, haunted performance. Pullman feels like he’s entering a new phase of character acting—he gives a great turn in the upcoming “The Ballad of Lefty Brown” as well—and he’s a perfect fit here, finding the right balance of “experienced cop” and “empathetic protector.” He wants to know what happened to Cora because he senses trauma in her past, but it’s not just because he feels for this woman—it’s just as much because he wants to get the case “right.”

Of course, seeing 3/8ths of a mystery (one that will reportedly be tied up, FYI, so don’t worry about a “The Killing” nightmare here in which loose ends are left hanging) can be tough on a critic. It could go totally off the rails mid-season, although I doubt it. And some of the beats are a little too broad—the flashbacks feel particularly like devices instead of the realism of the present-day material—but there’s so much to like here that any missteps are quickly forgotten. Like that book on the beach—you forgive a poorly written page because you want so badly to see what happens on the next one.