The Bend in the River: Terrence Malick’s “The New World”

“The river leads back there. It leads onward too, deeper, into the wild.”

This line, like so many in Terrence Malick’s “The New World” is delivered in narration, and can be read on multiple levels. On one, it is about John Smith and the other settlers’ journey into a new land. On another, it can be read philosophically, a commentary on the constant flow of life. Watching the film 11 years after its release, I realized another meaning: the river as a filmmaker’s career. For Malick, “The New World” feels like a bend in the waterway, a film that both echoes themes he explored from his first time behind the camera and charts the way to what he would produce after.

We all know that our interpretation of film often changes as we age, and a filmmaker’s later work can allow us to see themes that began to emerge at a time when we didn’t even notice it. The name Terrence Malick above the title on “The New World” in 2006 certainly brought with it a certain group of expectations for those of us who loved “Badlands,” “Days of Heaven” and “The Thin Red Line,” but a decade later, released by Criterion this week in a gorgeous three-disc Blu-ray set, the film now feels almost like a bridge between those early works and his recent trio of introspective, deeply philosophical films: “Tree of Life,” “To the Wonder” and “Knight of Cups.” I recently suggested to someone that Malick’s ‘10s films were all variations on the search for meaning: in childhood/family in “The Tree of Life,” in religion in “To the Wonder” and in excess/sex/fame in “Knight of Cups.” Perhaps “The New World” should be included in this search as well in that it is Malick looking back further than ever before to the formative years of an entire nation. And while many reviews at the time praised Malick’s incredible attention to detail (particularly in Jack Fisk’s stunning production design), it is the philosophical underpinnings of the film, at least in its 172-minute director’s cut, that resonated for me this week. It’s a beautiful film that feels like both history and dream; both truth and legend; both prose and poetry. 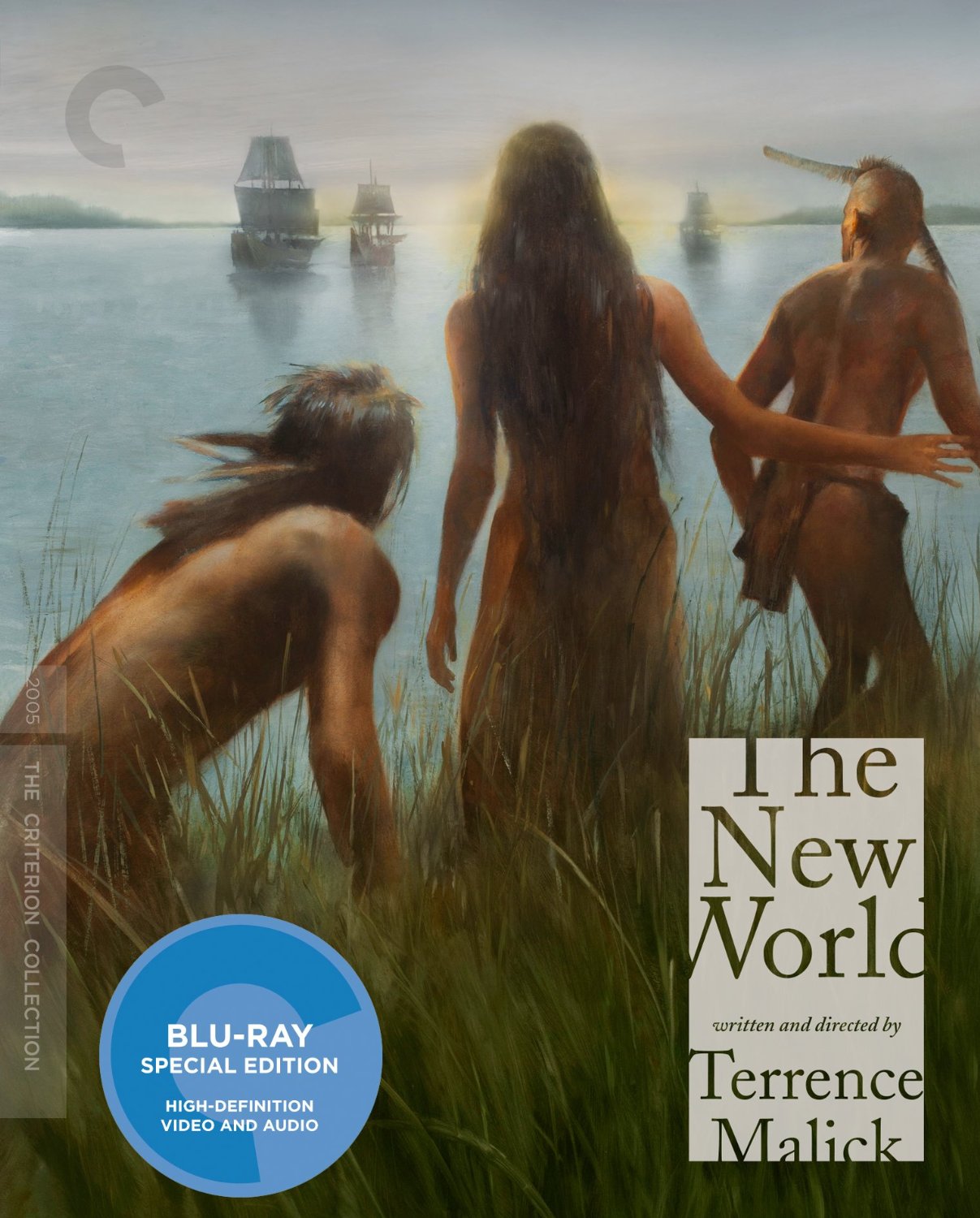 It’s not accidental that Malick chose the oft-told story of Pocahontas through which to tell his story of “The New World.” As Roger wrote at the time, after viewing both the 150-minute first cut and the 135-minute theatrical cut: “Terrence Malick's 'The New World' strips away all the fancy and lore from the story of Pocahontas and her tribe and the English settlers at Jamestown, and imagines how new and strange these people must have seemed to one another.” There are scenes in “The New World” that feel like realism—antidotes to the Hollywood vision of the Native American experience in films like “Dances with Wolves.” Witness John Smith (Colin Farrell) and Pocahontas (Q’orianka Kilcher) not as singing, dancing, star-crossed lovers from a Disney cartoon but as two people equally confused by and fascinated by each other. There’s a mesmerizing scene around 40 minutes into the director’s cut in which the two teach other words and Smith draws closer to her tribe, conveyed through Farrell and Kilcher’s remarkably natural performances and Emmanuel Lubezki’s fluid camerawork.

And yet one looking for pure history lesson would only be disappointed by “The New World.” As the story unfolds, and evolves from that of John Smith to John Rolfe (Christian Bale), it never loses its dreamlike aesthetic, conveyed through Lubezki’s always-moving camera, but also through characters who say more in narration than they do in dialogue. Smith’s relationship with Pocahontas is related almost entirely via imagery and narration “Love, shall we deny it when it visits us? Shall we not take what we are given? There is only this. All else is unreal.” He says this not to her or in some flashback construct in which he writes a journal, but to us, the viewer. “The New World” is a direct channel not to the past but to the emotion of the day. The confusion of two cultures clashing, the fascination they must have had with each other, the eventual fear and betrayal—captured not in traditional storytelling but the visual power of a masterful filmmaker. It is film not as a simple way to convey a story but a river, something natural, powerful and always changing.

The Criterion release of “The New World” is phenomenal, including all three versions of the film (I too saw both versions in 2006 and only watched the director’s cut this time) on separate discs, allowing for absolutely pristine transfers of each of them. Special features are also separated among the three discs and extensive. See the list below. And get your copy today before the river takes another turn.

·  New 4K digital restoration of the 172-minute extended cut of the film, supervised by cinematographer Emmanuel Lubezki and director Terrence Malick and featuring material not released in theaters, with 5.1 surround DTS-HD Master Audio soundtrack on the Blu-rays

·  High-definition digital transfers of the 135-minute theatrical cut and the 150-minute first cut of the film, supervised by Lubezki, with 5.1 surround DTS-HD Master Audio soundtracks on the Blu-rays

·  Making “The New World,” a documentary shot during the production of the film in 2004, directed and edited by Austin Jack Lynch

·  New program about the process of cutting "The New World" and its various versions, featuring interviews with editors Hank Corwin, Saar Klein, and Mark Yoshikawa

PLUS: A book featuring an essay by film scholar Tom Gunning, a 2006 interview with Lubezki from American Cinematographer, and a selection of materials that inspired the production

Click here to buy a copy of the "The New World"