Not as instantly entertaining as “Marvel’s Daredevil” and not as progressive as “Marvel’s Jessica Jones,” I’m curious to see how “Marvel’s Luke Cage,” with its first season premiering in its entirety this Friday on Netflix, lands with the American public. It’s another solid entry in Netflix’s Marvel line-up, driven by performances that feel far more lived-in than your typical superhero saga. In fact, special powers are almost an afterthought in this drama, a show that’s closer to “The Wire” in tone than it is “Captain America: Civil War.” Sometimes the dramatic heft of the series can be to its detriment, as “Luke Cage” feels like its striving for cultural importance and commentary but then often pulls back just as it starts to sound like it has something to say. It’s the kind of show that will drop references to Black Lives Matter and Malcolm X but then seem like it’s moving on quickly from any sort of cultural or racial commentary lest it alienate that much needed Marvel fan base. And watching multiple episodes in a row amplifies the relative thinness of this show, both narratively and subtextually. However, the cast is strong—including one likely future star—and the production values are high. It’s an entertaining drama that sometimes feels like a missed opportunity to be something greater. 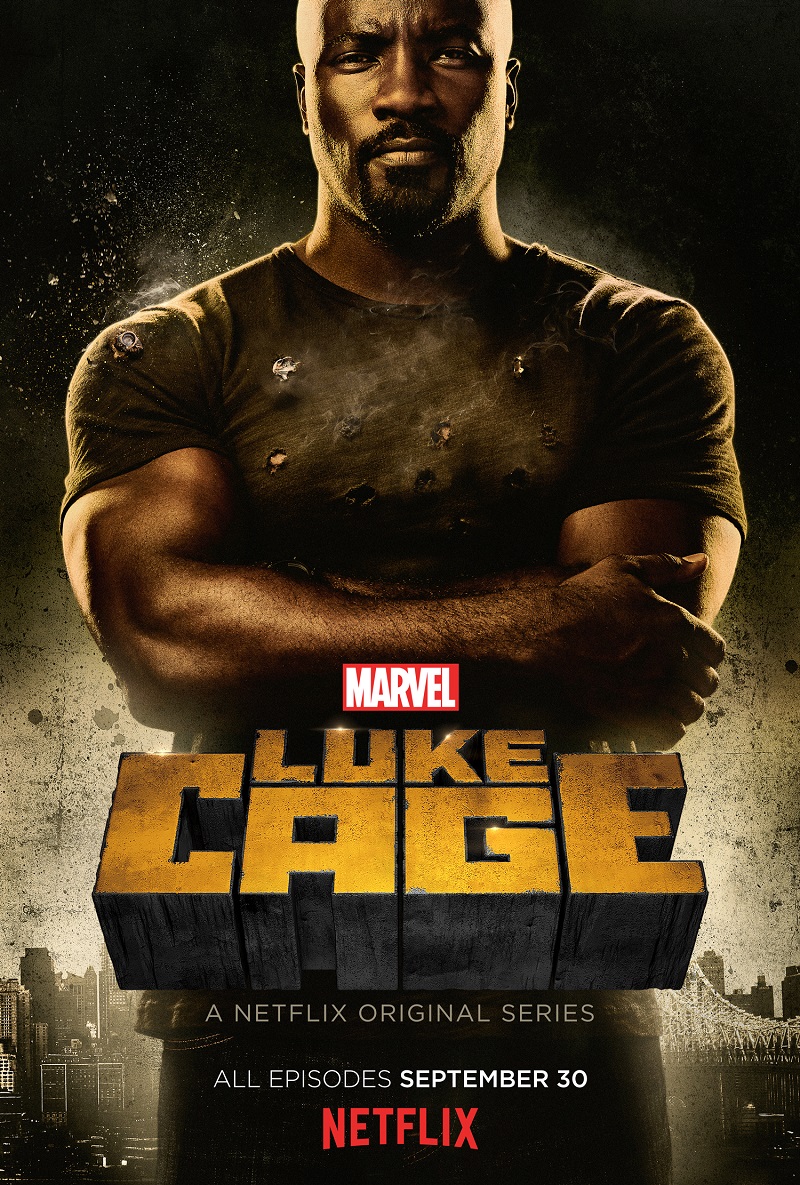 Transitioning from “Jessica Jones,” Mike Colter again plays Luke Cage, a man who basically has the superpowers of The Thing of the Fantastic Four, without the skin problem. Luke has immeasurable strength and unbreakable skin, although, like so many Marvel heroes in this universe, he’s not exactly using his powers to their greatest advantage. When the series starts, he’s working two jobs—one sweeping up at a barbershop and another at a hot Harlem nightclub run by criminal boss Cornell “Cottonmouth” Stokes (Mahershala Ali). The two worlds intersect in the premiere when an employee at the barbershop is a part of an inside job that strikes at Cottonmouth’s empire. As the Kingpin of this series (although much less engaging as a big bad, through no fault of the great Ali but the writing) tries to hold on to his power, Cage is forced to step in for the little people who could use some of his strength.

There are a few women in Cage’s life, but the most interesting is the newest: a cop named Misty Knight (Simone Missick). She’s instantly attracted to Cage, meeting him at the club. The two have palpable chemistry, but her character is too often pushed to the background over subsequent episodes, running an investigation with her partner Scarfe (Frank Whaley) into why violence keeps erupting all over Harlem and how Cage is attached to all of it. Her character is indicative of both the strengths and weaknesses of “Luke Cage” in that the performer is strong enough to make Knight interesting but you’d much rather see her and Cage flirting over drinks than the machinations of the plot. Rosario Dawson also returns as Claire Temple, solidifying that she’s going to be the connective tissue between all of these shows.

It doesn’t help that “Marvel’s Luke Cage” is weighed down with TV dialogue—“The only direction in life that matters is forward”; “Boys run, men stand”; “I ain’t guilty but I ain’t innocent either”—and doesn’t have much of a visual language to make it interesting on that level. And I’m annoyed that I could predict exactly when the flashback/origin episode would kick in. These series have already gotten that predictable.

So why the cautious recommendation? The cast. Ali, so fantastic in the upcoming “Moonlight,” and the always-great Alfre Woodard as his politician cousin who helps him pull his strings, add depth to characters who could become more interesting as the season rolls along. And Colter is a unique lead in the Marvel universe in that he doesn’t always have the right quip for the current situation. He’s a strong, silent type, and Colter sells that there's so much going on under the surface that Cage doesn’t always know how to process it. Dawson is always a welcome supporting cast member and Missick is a likely future star. If people take to “Luke Cage” it will be for the cast. I just hope they’re given a bit more to do in the second half of the season and future ones.