Starz Drama “The Girlfriend Experience” is Confident and Remarkable

“We’re young … That’s all I got, but it’s enough to drink to.” In a sense, Starz’s “The Girlfriend Experience,” the most ambitious show to premiere on the network to date, is captured in this toast early in the season. The series is about a person whose lack of definition, other than her beauty and youth, IS her definition. At the start of the first season of this excellent show, she’s a cipher, a woman we don’t really know but not in a traditional television sense—it’s more that she doesn’t know herself. She questions why she’d rather be alone than with other people. She goes to law school and gets an internship at a major firm, but it doesn’t feel like she’s doing so out of any sort of passion as much as predetermination. She is one of those beautiful young women who lives with men who buy them whatever they want, but nothing they want really matters. In the premiere, she’s told not to get subjective with the Cease and Desist letters; just cut and paste. Her life is cut and paste. She knows that she’s beautiful, and she takes control of her sexuality. She picks up a man at the bar for a one-night stand, masturbating in front of him while she says, “Tell me why you like this.” She’s in control, but she needs validation from her sexual partner, however anonymous. 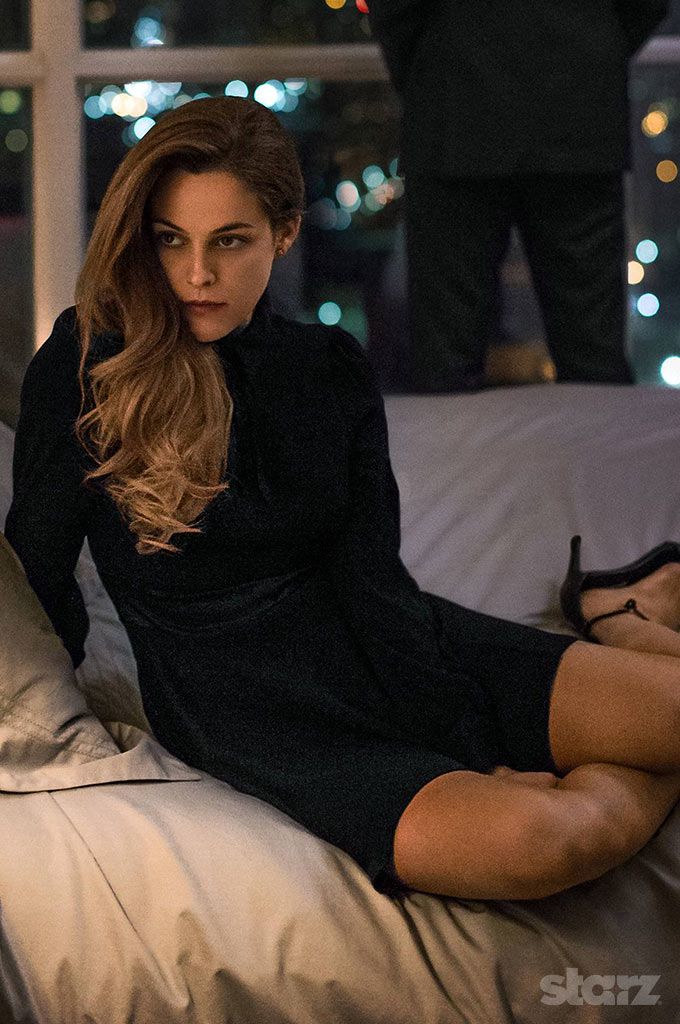 Christine Reade (Riley Keough, a name you may not know now but you soon will with this performance and a breakthrough turn at Sundance in “Lovesong”) gets a prized internship at Kirkland & Allen, a Chicago patent law firm. She’s placed as an intern with David Tellis (Paul Sparks of “Boardwalk Empire” and “House of Cards”), but she seems passively engaged with most things in her life. When her friend Avery (the great Kate Lyn Sheil of “Sun Don’t Shine” and the upcoming “Kate Plays Christine”) introduces her to the world of high-priced escorts, Christine is intrigued. In one sense, she receives validation that she would never get at her horrible job from the men who circle her like moths to a flame, but it’s more that she pragmatically recognizes the way the world works. In a later episode, she’ll say “Everybody’s paid to be everywhere. It’s called an economy.” The lawyers for whom she works bill every lunch and meeting, why shouldn’t she bill for her time?

Christine becomes Chelsea, first working for a high-priced madam named Jacqueline. Her clients are the 1%, men with enough money to pay to fly escorts to other cities for a $15,000 weekend. She charges $1,000 an hour for a session, two hours minimum. She demands references. Writers/directors Amy Seimetz and Lodge Kerrigan carefully walk a line in that they neither glamorize nor demonize Christine’s new lifestyle. She gets honestly close to some of her clients, forming friendships deeper than those at her “normal” job. And yet Seimetz and Kerrigan carefully weave a sense of menace into the 13-episode show. It starts to emerge not from something tawdry or traditionally dangerous but from the halls of law offices and fancy hotels—places that look familiar but begin to feel imposing, cold and manipulative.

I’m always drawn to shows that have a unique structure and rhythm, and the pace of “The Girlfriend Experience” is one of its most daring aspects. First, it’s a drama in half-hour episodes, which is almost unheard of. For decades, we’ve been taught that 30 minutes equals comedy and 60 minutes equals drama. But even the episodic structure is atypical in that it’s almost more like a six-hour film broken down into thirteen 27-minute chunks. There are beats episode to episode, and Seimetz and Kerrigan alternate directing duties, but it builds more like a film than a season, and it’s telling that Starz is making the whole season available on Sunday, April 10th. It has a cumulative power that can be hard to see episode to episode.

Even within episodes, “The Girlfriend Experience” allows for pauses that television (other than “Rectify”) often does not. Sometimes these pauses can be presented in a way that feels too self-aware, but it starts to become a show with its own voice around episode five, and that voice rarely falters from there. Keough has been handed a very difficult part, a woman who questions whether or not she’s a sociopath at one point, and sees the world as a series of economic interactions. There are times when the role seems poorly defined, whether on the page or the choices Keough makes, but it’s a confident turn nonetheless, as she’s in almost every scene, and they’re often physically revealing without being sleazy. It’s a show that doesn’t really feel like anything else on TV, working at a pace that echoes independent cinema more than peak TV (and Shane Carruth even does the minimal score).