SNL Stars Return in Specials “The Spoils Before Dying,” “7 Days in Hell”

What would modern TV comedy look like without Lorne Michaels? Proving yet again that NBC stalwart “Saturday Night Live” is more of a farm system for all other TV comedy than anything else, around a dozen veterans of the show from the ‘90s and ‘00s pop up in two specials that premiere in the next week, IFC’s “The Spoils Before Dying,” which starts July 8th and runs three consecutive nights, and HBO’s “7 Days in Hell,” which pops up for one night on Saturday, July 11th. Both are imperfect overall but they each contain enough inventive humor to warrant a look. They’re each odd, memorable creations with ridiculously talented comedy ensembles. And they both fall into the category of “if you don’t like one joke, wait ten seconds for the next.”

The more ambitious of the two is Will Ferrell and Adam McKay’s creation, “The Spoils Before Dying,” a quasi-sequel to “The Spoils of Babylon,” the Emmy-nominated spoof of the kind of sprawling mini-series melodrama that they don’t really make any more. Another adaptation of the fictional author Eric Jonrosh (played in hilarious, Orson Welles-esque intros by Ferrell), “The Spoils Before Dying” is a spoof of late-era noir, the kind of movies that wallowed in the tropes of the genre with femme fatales with names like Fresno Foxglove and an emphasis on “smoky lighting.” For three nights, over roughly three hours, Ferrell and the Funny or Die team push their unique, smart brand of humor, one that winks at the audience in its sheer ridiculousness. The cast here is ridiculously great, especially as the plot sags and producers throw more and more cameos at the audience to keep them engaged, including Tim Meadows, Molly Shannon, Michael Sheen, Kate McKinnon, Emily Ratajkowski and even Lou Gossett Jr. 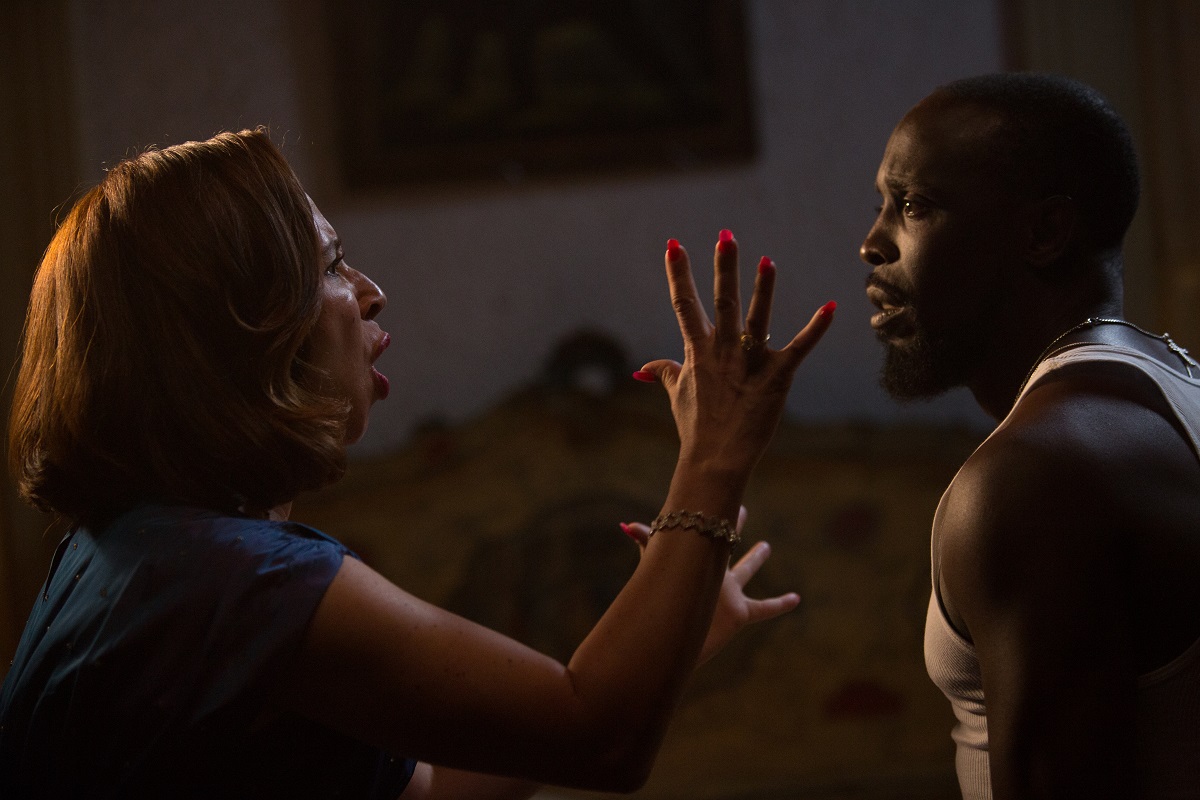 Michael K. Williams (“Boardwalk Empire”) is the perfectly cast straight man at the center of this defiantly wacky comedy as Rock Banyon, a jazz pianist working the seedy clubs of Los Angeles. Williams's deadpan, serious performance brilliantly allows the more, shall we say, extreme cast members to do their thing, such as Kristen Wiig as big band singer Delores DeWinter and Haley Joel Osment as British caricature Alistair St. Barnaby, Banyon’s manager. When Rock’s lover (Maya Rudolph) ends up murdered, the pianist is the main suspect in the brutal crime, unable to remember what he did the night in question.

As Jonrosh explains in his intro, “The Spoils Before Dying” is his attempt at “Post-Post-Modern-French-Neo-Fakism.” Some elements are familiar to noir fans but others are Ferrell’s strange creations. What’s admirable about “Dying,” “Babylon” and even “Casa de mi Padre,” is Ferrell and company’s unapologetic commitment to the joke. A THIRD of the first episode consists of the show’s credits over a ridiculous title song sung by Rudolph. Multiple jokes feel like they go on just to the point of breaking before pulling back (although a couple could have pulled up that throttle earlier). And the dialogue is expectedly Noir Ridiculous with lines like “Nobody’s going to love her again, not with those bullet holes all over her face,” and “No sense is the only sense worth making in a world predicated on nonsense.” “The Spoils Before Dying” fluctuates wildly from very clever to somewhat exhausting, but it gets better as it goes along, or perhaps I just got accustomed to its unique sense of humor. As Jonrosh says at the end of episode two, “Perfect should never get in the way of good.” “The Spoils Before Dying” is far from perfect but it’s still pretty good. 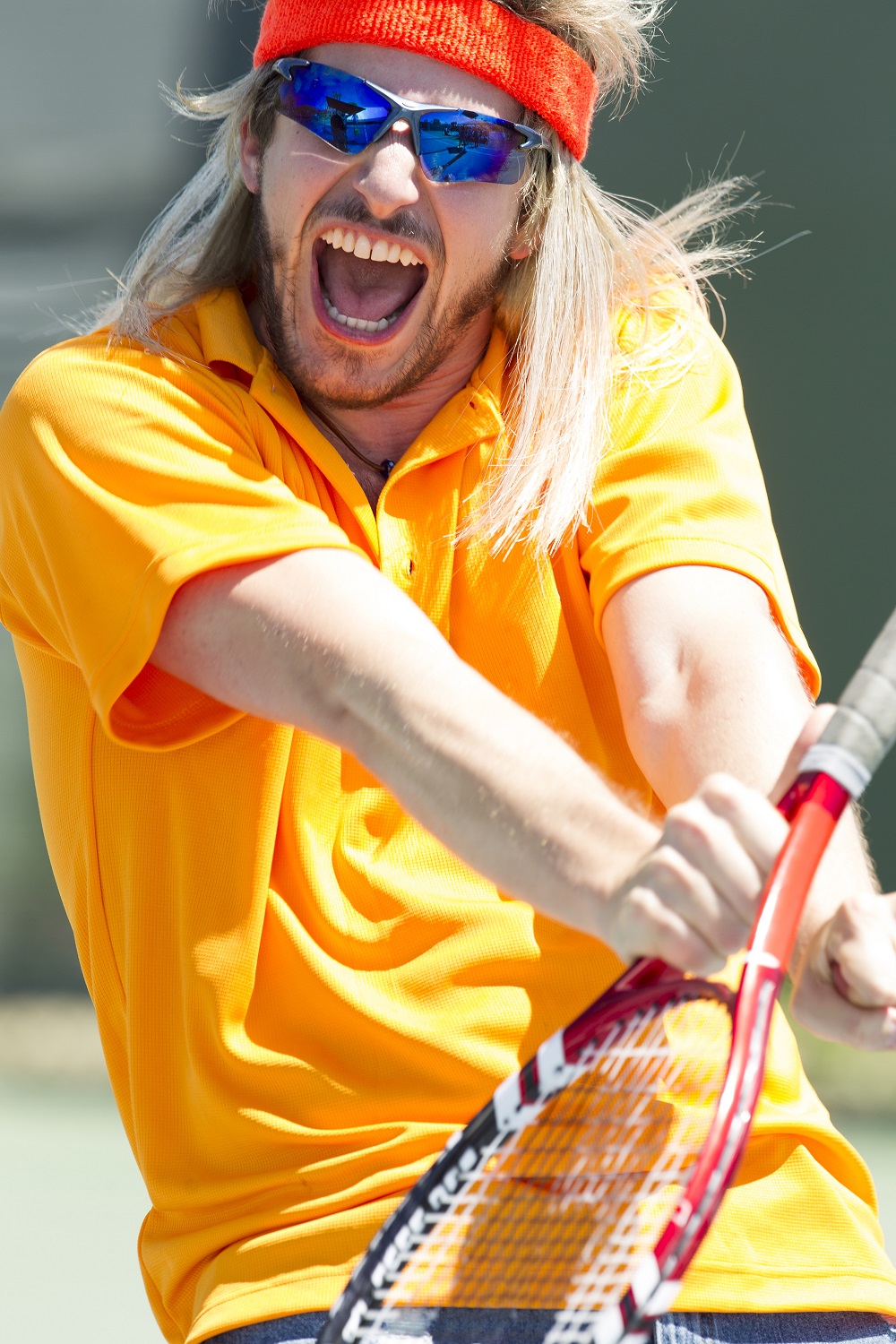 Also far from perfect but pretty good is HBO’s “7 Days in Hell,” a true oddity that knows to end just when it’s about to get annoying. This 41-minute sports doc spoof plays like Andy Samberg’s take on ESPN’s excellent “30 For 30” series. It’s almost like a script for an “SNL” sketch that just got out of control in terms of length. Samberg gathered a number of his talented friends and the result is completely in line with his Lonely Island persona of an awkward dude-bro who may rely a bit too often on gross-out jokes but also has a tendency to make his dumb brand of humor work through the sheer force of his comic timing.

Samberg plays Aaron Williams, once the biggest tennis star in the world after being adopted by the Williams family in a “Reverse Blind Side”—instead of a white family adopting a black kid and making him play football, Venus and Serena’s family adopts a white kid and makes him play tennis. Williams's star burns out in typical celebrity excess like drugs and ridiculous spending, and his career really collapses when he kills a judge with his serve and doesn’t forfeit the game. From there, he spirals out of control into retirement in Europe, when an offhand comment by new British prodigy Charles Poole (Kit Harrington of “Game of Thrones”) sparks a comeback. Williams and Poole end up playing a record-setting, 7-day match at Wimbledon, interrupted by weather, controversy, and even streakers, with whom Aaron has sex on the court, with the Brits too polite to interrupt so the game can continue.

The mockumentary structure of “7 Days in Hell” allows for a diverse mix of performers—including real athletes like John McEnroe and Chris Evert—most of whom, again, are “SNL” alum like Will Forte, Fred Armisen and Chris Parnell. (And, again, Michael Sheen appears, being an unexpected direct cast connection between the two). Samberg’s comedy style can be a little overly frenetic, and a few of the jokes here just don’t land, but there are some parts of “7 Days in Hell,” especially “The greatest point in tennis history,” that really should be seen, especially if you’re one of those who miss the “SNL” years of the ‘90s and ‘00s. Although how could you miss them when their alumni are everywhere?