When the second season of “True Detective” was met with skepticism last season, there was some theorizing that HBO viewers had become accustomed to arguably the network’s three best shows from April to June, in a block that included “Game of Thrones,” “Silicon Valley” and “Veep.” Not that the following should be the barometer of greatness, but that’s the Emmy winner for Best Drama and Best Comedy in one two-hour block on one network (and I wonder if that’s ever happened before). It’s quite a bar to set for whatever comes after it. And most critics agreed that season two of Mike Judge’s comedy improved on the freshman year and that “Veep” had never been funnier. Where do the two shows stand a year later? The same place, basically.

If anything, “Silicon Valley” feels more confident, less uncertain of its identity or place in the TV landscape, and more willing to utilize its excellent supporting cast, especially Kumail Nanjiani and Martin Starr. The lack of notable female characters continues to be a bit alarming, but it’s hard not to agree with Judge’s assertion that this is reflective of the industry he’s capturing more than anything else. At the start of season two, Richard (Thomas Middleditch) has been fired from his own company, back with the boys and ready to join another tech start-up. The season premiere finds the group torn apart as Richard seeks new work and assumes that people like Dinesh (Nanjiani) and Gilfoyle (Starr) will just go with him. Meanwhile, Gavin Belson (Matt Ross) continues his scorched earth campaign at Hooli and Erlich (T.J. Miller), well, mostly just gets high.

“Silicon Valley,” much like “Beavis & Butthead” and Judge’s other work, perfectly balances the stupid with the brilliant. There are tech elements of the show that go over my head and the character work is much better than people give it credit for, but it’s also a show that features a scene of horses having graphic sex. It can be both puerile and brilliantly clever. It’s one of the reasons I love it so much—its funny bone seems just a bit out of place. 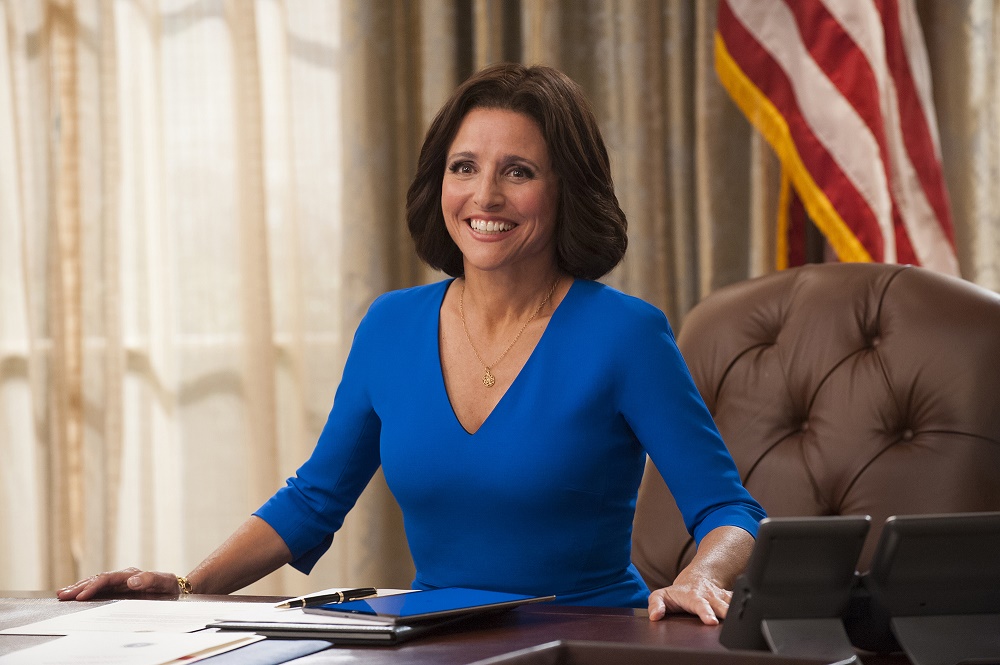 While “Veep” may be a more traditional comedy, it’s also smarter and arguably the best on TV. The big drama in the off-season was the departure of Armando Iannucci, creator and showrunner for the first four seasons. Don’t panic, HBO didn’t bring in a new crew to run the show, turning the keys over instead to David Mandel, who worked on the show since the beginning and was a major writer on “Seinfeld.” Consequently, “Veep” hasn’t lost much in the way of wit and energy. I have to say there are a few jokes that fall flat in the first four episodes of the new season, and I wondered if that was because of the new regime, but I may be looking too hard for problems.

Last season ended with Selina Meyer (Julia Louis-Dreyfus) in an Electoral College tie, and the first arc of the fifth season focuses on the recount effort, particularly in Nevada, where Amy (Anna Chlumsky) is sent to lead the way. The energy this season feels a little unfocused at times, but when “Veep” is smart, it’s very smart. Any comedy in its fifth season or greater is going to start to get compared to previous seasons. Based on the first four episodes, I’m not willing to say that “Veep” is as “funny as it’s ever been” but it’s still much funnier than most things on TV.