Opening theatrically in select cities and available On Demand through Comcast, Amazon, Hulu and other providers. For more information, visit TribecaFilm.com.

The technological weapon of choice is refreshingly analog: Cassette tapes containing the vitriolic, violent rants of two men living together in an apartment in San Francisco's Haight-Ashbury district. The men, Raymond Hoffman and Peter Haskett, proclaim their disdain for one another in conversations loud enough to wake the dead. Haskett is an openly gay man, Hoffman a raging homophobe, and both are well beyond casual drinking. 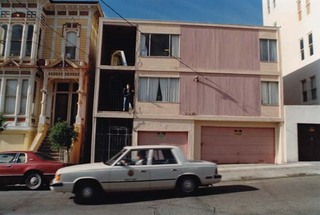 The combination of opposites fueled by days of constant boozing provides enough hate to fuel the furnace that heats Hell, all of it recorded on those cassette tapes. The men become celebrities of sorts after their recordings go the pre-YouTube version of viral in the early 1990's. Though Ray and Pete provide the content, the reward goes to the men who recorded them, Eddie Lee Sausage and Mitchell D. The documentary, "Shut Up Little Man: An Audio Misadventure" documents their return to the scene of their run-in with fame, a pink apartment complex they affectionately called Pepto-Bismol Palace. 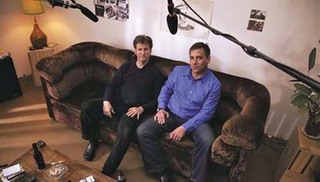 Ray and Pete lived next door to Eddie and Mitchell from 1987 to 1989. After Eddie signs the lease, their landlord warns them that their neighbors can get "a little loud." When the duo finds out how loud, Eddie confronts Ray. A drunken Ray threatens to kill him before returning his threats to Pete. Neither "Cops" nor "Judge Judy" were on the air in 1987, so the duo didn't realize they could have their blitzed neighbors dragged out into the street on camera before suing the pantyhose off their trifling landlord. Being from a small town instead of a crime-ridden metropolis, Eddie and Mitchell also seem unaware that, if the walls are thin enough to hear the neighbors, bullets will have no problem getting through them. So, rather than call their landlord or the cops, Eddie and Mitchell decide to record Ray and Pete instead. 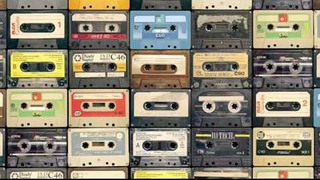 Mitchell tells us that Ray and Pete are aware they are being recorded, yet they continue to scream obscenity at each other. After collecting 10 or so hours of material, he and Eddie loan some of the cassettes to friends. The friends find the tapes hilarious, and pass them on to other friends who do the same. Soon, Pete and Ray are underground sensations, and Pete's constant refrain of "Shut Up, Little Man!" becomes the catchphrase of the cassette crowd. Comic books based on the material are drawn by Daniel Clowes ("Ghost World"). Puppet shows are performed using dialogue from the tapes. A playwright and future nemesis of Eddie and Mitchell named Gregg Gibbs writes a one act play with Pete and a murderous Ray as characters. Even Devo samples the dialogue for one of their songs. 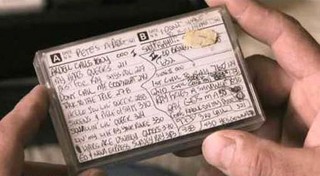 All this occurs unbeknownst to the tapes' subjects, raising all sorts of legal, privacy and ethical questions. To its credit, "Shut Up Little Man" attempts to address these questions, even at the expense of making Eddie and Mitchell look more sinister, superior and slimy than it probably intended. When the film finally spends some time with Pete, who is interviewed by a San Francisco journalist, the waters muddy. "Whom can I sue?" Pete asks. The waters further darken when we learn that a filmmaker interested in making a Pete and Ray movie seduces the lonely Pete into signing over his rights to any royalties for $10. The hilarious way "Shut Up Little Man" redacts the name of this filmmaker, and several others who have tried to make a movie out of the cassettes, doesn't prevent it from returning to those troubling questions of exploitation. 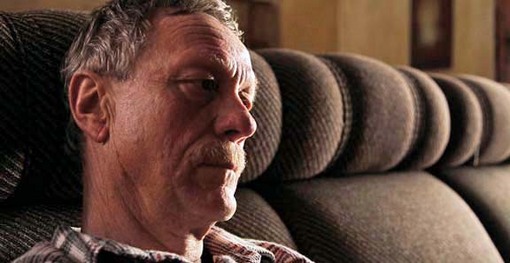 Eddie and Mitchell question this as well, and several times attempt to reach out to offer royalties to Pete after Ray's passing. They also embark on a side mystery to discover the whereabouts of a third party who occasionally shared Pete and Ray's apartment. On the tapes, he played mediator and may hold the key to the dynamic of the Pete-Ray relationship. Why did they stay together despite all that fighting? They fought like an old married couple, so were they lovers? Was Pete a self-hating gay man? These are answers I didn't need, and "Shut Up Little Man"'s journey down that road threatens to provide an unwarranted sense of closure when the other gentleman is found.

One question I did want "Shut Up Little Man" to answer, though I know it cannot, is "Why are Pete and Ray's interactions funny?" All Ray does is call Pete all manner of unfriendly gay names, and Pete responds with his catchphrase or by getting into fights with Ray. The rants make little to no sense most of the time. Both Ray and Pete cuss incessantly and it seems endless. If an arguing, fussing and cussing household is funny, then I grew up in an episode of Def Comedy Jam. But to me, it's not funny, and this isn't a generational issue. The "Shut Up Little Man" tapes surfaced when I was in my 20's, around the same time as other audio-verite features like The Jerky Boys and radio station prank calls. Twentysomething guys were the target audience, but I never found any of these items very amusing. Perhaps, as one of "Shut Up Little Man"'s talking heads notes, finding amusement in audio-verite requires the human trait of being voyeuristic and nosy about other people. This isn't a trait of mine, because Kitty Cat, I know what happens to nosy fellows. 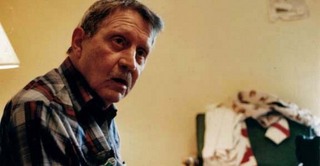 "Shut Up Little Man" addresses voyeurism further by speculating what would have happened if YouTube existed during the two year stretch of Ray and Pete recordings. Everything is visual now, making a cassette tape (of which we see many) charming and old-fashioned. You can't go anywhere without the possibility of someone catching your embarrassing situation on a cell phone and tossing it up on the Internet. There's a market for it, and "Shut Up Little Man" touches on this loss of privacy without taking a side. The documentary's strength is in its allowance for the viewer to decide if anybody, everybody or nobody is at fault, giving enough information to argue all sides. It starts out with Ray and Pete clearly defined as the bad guys, but it doesn't end that way. Whether intentional or solely my interpretation, I still found that worth mulling over long after the credits rolled. 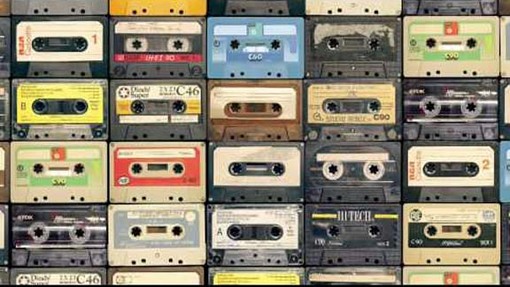