Raccoon Nation: The hep cats of the 'hood

Let's be frank: People watch nature documentaries because they want to see wild animals doing the Wild Thing. This can be shown on regular TV because, as Bea Arthur's Maude famously said, "animals making love is rated G. People making love like animals--that's R " An animal documentary serves to showcase how its subjects survive, hunt, eat, play, and yes, get their freak on. There's a reason the sexiest piece of music Elmer Bernstein ever wrote used to play over footage of animals gettin' bizzy on "National Geographic." A Barry White soundtrack would have been way too hot for TV. 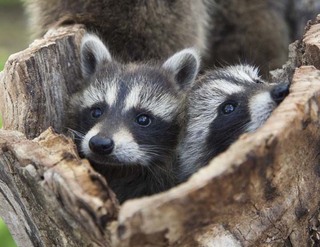 Alas, "Raccoon Nation" is a relatively chaste animal documentary, which is unusual but no less interesting. Its focus is on another popular topic of nature non-fiction: man's effect on the animal kingdom. Our species is usually depicted as destructive, and rightfully so. Forests and wooded areas are disappearing, leaving animals homeless and upsetting the natural balance by misplacing both predator and prey. "Raccoon Nation" takes a different approach, however, suggesting that humans may be responsible for the continued survival of the misplaced animal. The more we try to get rid of raccoons, the smarter they get. It's side hustle disguised as adaptation. 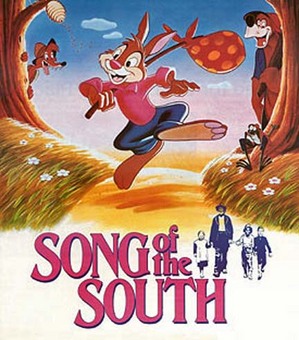 As more and more development occurs, the animals start living closer to us. The urban jungle is now literally a jungle. Deer have been spotted in my hometown, and 10 miles away, Irvington, New Jersey saw an episode of "Bearz N The Hood" when a city block's trashcans were set upon by ursine visitors. My current neighborhood is overrun with rabbits, foxes, possums, squirrels and birds who are decidedly NOT pigeons. I walked out of my house this summer, and there were so many animals in my yard I thought I was in "Song of the South." 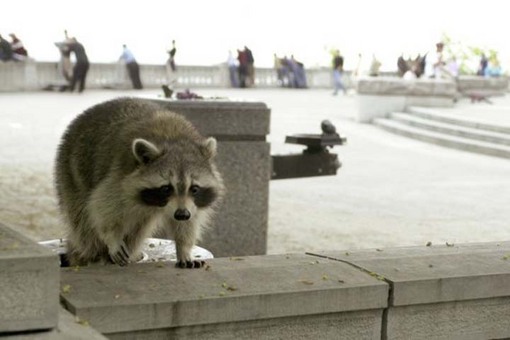 Like the aforementioned animals, raccoons have become urban dwellers, and unlike in the woods, they have only one predator in their new environment. "Raccoon Nation" states that raccoons were originally tropical animals who found their way north, following their mandatory need of water up the North American continent. They ended up in places like New York, Chicago, and Toronto, Canada, which the documentary dubs "the raccoon capital of the world. " These former inhabitants of a hotter climate are now located as far as Alaska, where they can see Russia from their nests and hopefully have thicker coats than the raccoons in Florida. 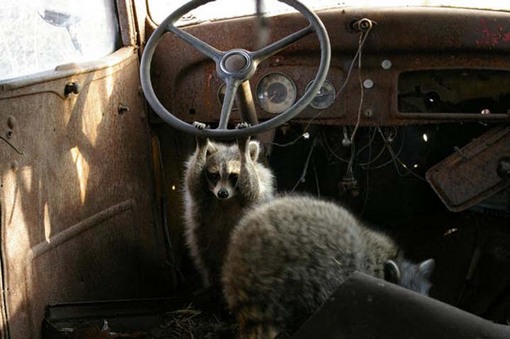 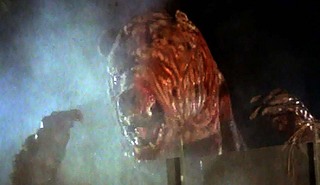 "Raccoon Nation" preaches to this choir when it discusses the urban habits of its subject. For about a year of my adolescence, my family co-habited with some increasingly annoying raccoons. Originally, we had squirrels in the attic, but after a month or so, they sublet the place. The raccoons moved in, and the property values went down. They were far more destructive, and this phenomenon is now so popular that an insurance company has a commercial touting protection against attic raccoon damage. Since I slept on the top bunk, I could hear them scurrying 5 feet over my head at night, screeching, fighting, and God knows what else. It sounded as if they were coming through the ceiling at any moment. This is why I can't sleep now; back then, I half-expected to wake up with the creature from John Frankenheimer's "Prophecy" on my head. Eventually my mother got sick of them and, well, I'll be polite and just say they got evicted. 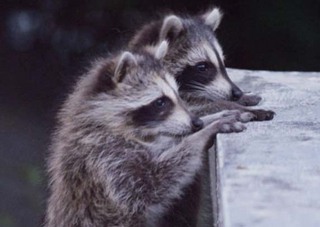 According to "Raccoon Nation," one of the more fascinating things about this species is the change in its disposition depending on its environment. Dr. Gehrt says one can study raccoons for years and still not remotely know the breadth of their ability to change. Country raccoons are less daring and more fearful of people, presumably because, at least where my relatives are in the South, people eat them. City raccoons are comfortable with close human proximity and are a lot more adaptable. They also seem to be more fertile, as there are 50 times more raccoons in Toronto than in the rural areas surrounding it.

Watch A Night Out on PBS. See more from Nature.

The primary experiment in "Raccoon Nation" is conducted by Dr. Suzanne McDonald, a Canadian scientist who plans to put GPS trackers on raccoons in three different areas of Toronto to record their habits, travels and location patterns. This intense study will collect more information about raccoons than is currently known. She and her colleague tag three different raccoons, one of whom is a mother with a litter of kits. This particular collar yields some great footage, including a suspenseful sequence with the kits learning how to break into a garage for food. With their striped tails, capable hands and bandit-masked faces, this plays like a raccoon "Rififi." 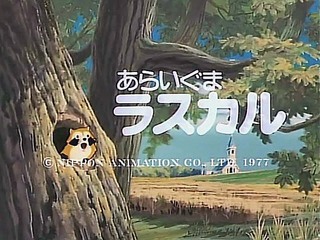 Another intriguing question addressed in this documentary is how a North American animal wound up both across the Pacific in Japan, and across the Atlantic in Germany. In Japan, they are destroying temples and shrines that have stood for over a thousand years. In the 70's, Nippon Animation introduced a cartoon called "Rascal the Raccoon." It had a "101 Dalmations" effect on the Japanese, who, based on the cutesy animated star, thought it would be groovy to own the real thing. Over 1500 raccoons were imported every year. When the real thing turned out to be a ripe bastard, as anyone in contact with a raccoon can attest, the Japanese released them into the woods where they began wrecking those temples faster than the ravages of time ever could. These buildings are not reproducible, and since raccoons have no natural predators in the woods of Japan, the country has a zero tolerance policy. "Raccoon Nation" interviews a Japanese woman who is a raccoon assassin. "My job is to rid Japan of raccoons," she tells us. "Unfortunately, that's my mission." 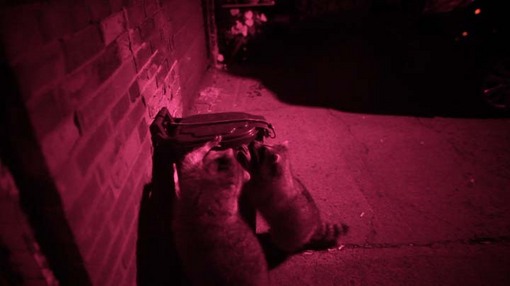 While "Raccoon Nation" addresses how humans have made raccoons smarter, it doesn't explicitly address if it made them unhealthier. There are some fat-ass raccoons on this show, and I wondered if this was due to the increase in obesity amongst humans. After all, the raccoons are dumpster-divers, and will eat almost anything we consume and throw out. Our attempts to keep them from our garbage may make them smarter, but once they get into the trash, what is our diet doing to them?

This is an engaging hour of information from "Nature." Watching it, I learned that raccoons have something akin to taste buds in their hands, something I'm glad human beings do not. Our documentarians conveniently leave out that raccoons copulate for hours, and multiple times, which is what they were probably doing over my head in the ceiling all those nights. Imagine what Elmer Bernstein could have done with that.

Watch The Importance of Raccoon Play on PBS. See more from Nature.